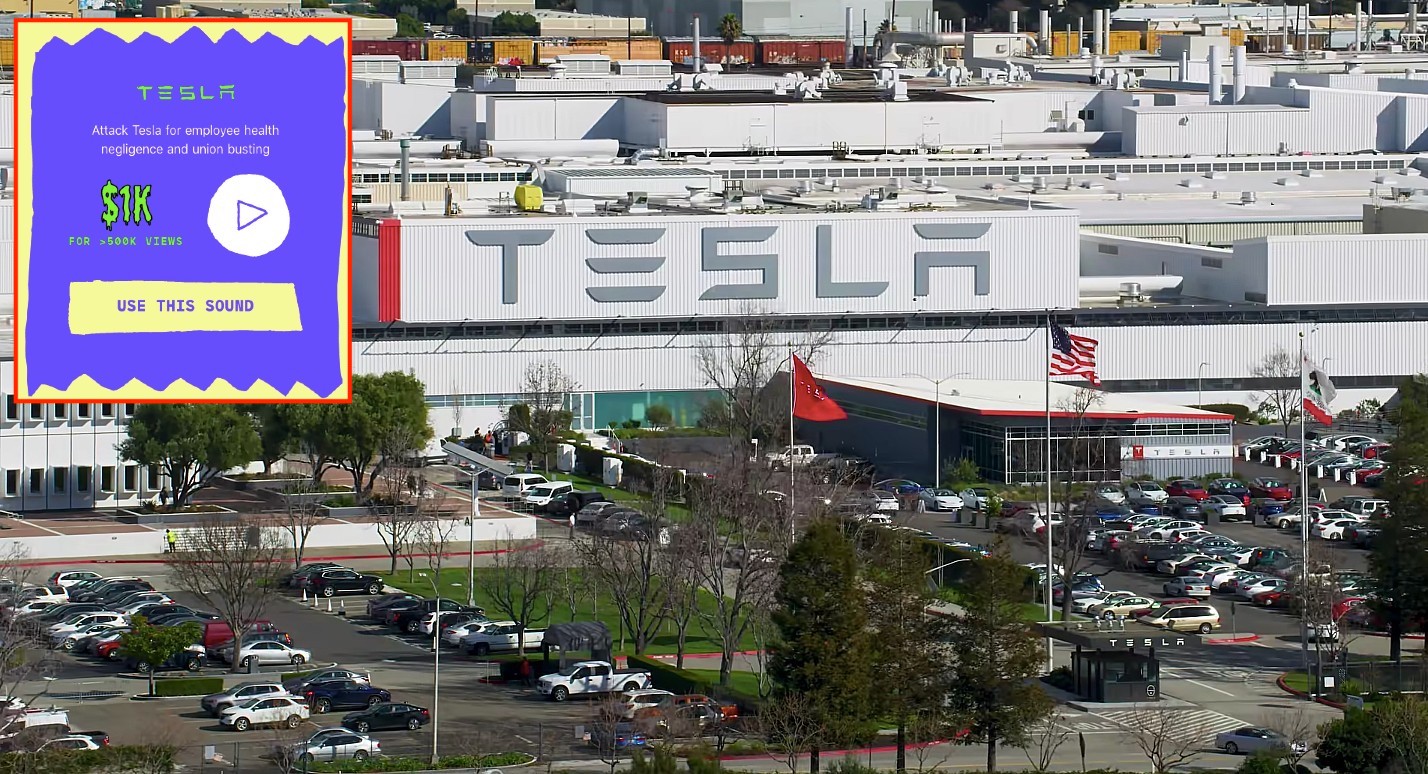 Tesla has had its own fair share of critics over the years, and numerous efforts have been initiated with the goal of attacking the company. These include a long-running disinformation campaign from the company’s skeptics, as well as a strong social media presence from Tesla’s most ardent and aggressive critics. More recently, Tesla has become the target of a rather bizarre social media effort on TikTok, one of the most popular viral video-sharing social networking services on the internet today.

MSCHF, an internet group that has made a name for its cynical viral campaigns and products, has launched an effort aimed at taking down companies that it deems as evil. Among these companies are Tesla, Amazon, Facebook, Palantir, and, interestingly enough, TikTok itself, to name a few. Participants in the campaign are required to post a “takedown” video of one of the target companies, though each clip must utilize one of nine custom sounds that MSCHF has created.

To encourage users of the video-sharing platform to participate in its campaign, MSCHF is offering rewards for every “takedown” video, provided that they hit a target number of views. In Tesla’s case, the internet group is offering $1,000 for every video that attacks the electric car maker, provided that they hit 500,000 views or more. Interestingly enough, the custom sound that MSCHF created for Tesla takedown videos featured Elon Musk’s name in the popular song “Bad Guy” by Billie Eilish.

As could be seen on MSCHF’s official page, its recent campaign is mainly aimed at “killing” brands that it deems evil or are participating in questionable actions. TikTok, for example, is a $10 target due to its “content suppression” initiatives, Amazon is a $100 target for its “human rights violations and union busting,” and Facebook is a $4,000 target due to its proliferation of “hate speech and fake news.” Tesla, for its part, became a target over its alleged “employee health negligence and union busting.”

In a previous interview with Business Insider, Gabriel Whaley, the founder and CEO of MSCHF, noted that he does not even see the group as a company. This is evident in the group’s projects, which range from browser add-ons that allow users to disguise Netflix watching as a conference call, to tangible products like Nike sneakers that are filled with Holy Water. Describing the company’s activities, Whaley noted that MSCHF exists to make light of “how much everything sucks.”

“We’re trying to do stuff that the world can’t even define. Our perspective is everything is funny in a nihilistic sort of way. We’re not here to make the world a better place. We’re making light of how much everything sucks,” he said.

Quite interestingly, TikTok has been used as a positive platform for Tesla as well. Popular YouTuber David Dobrik, for example, utilized TikTok for a rather heartwarming Tesla Model 3 giveaway. The video-sharing platform is also utilized by Tesla China to strengthen its social media presence and address customer inquiries.