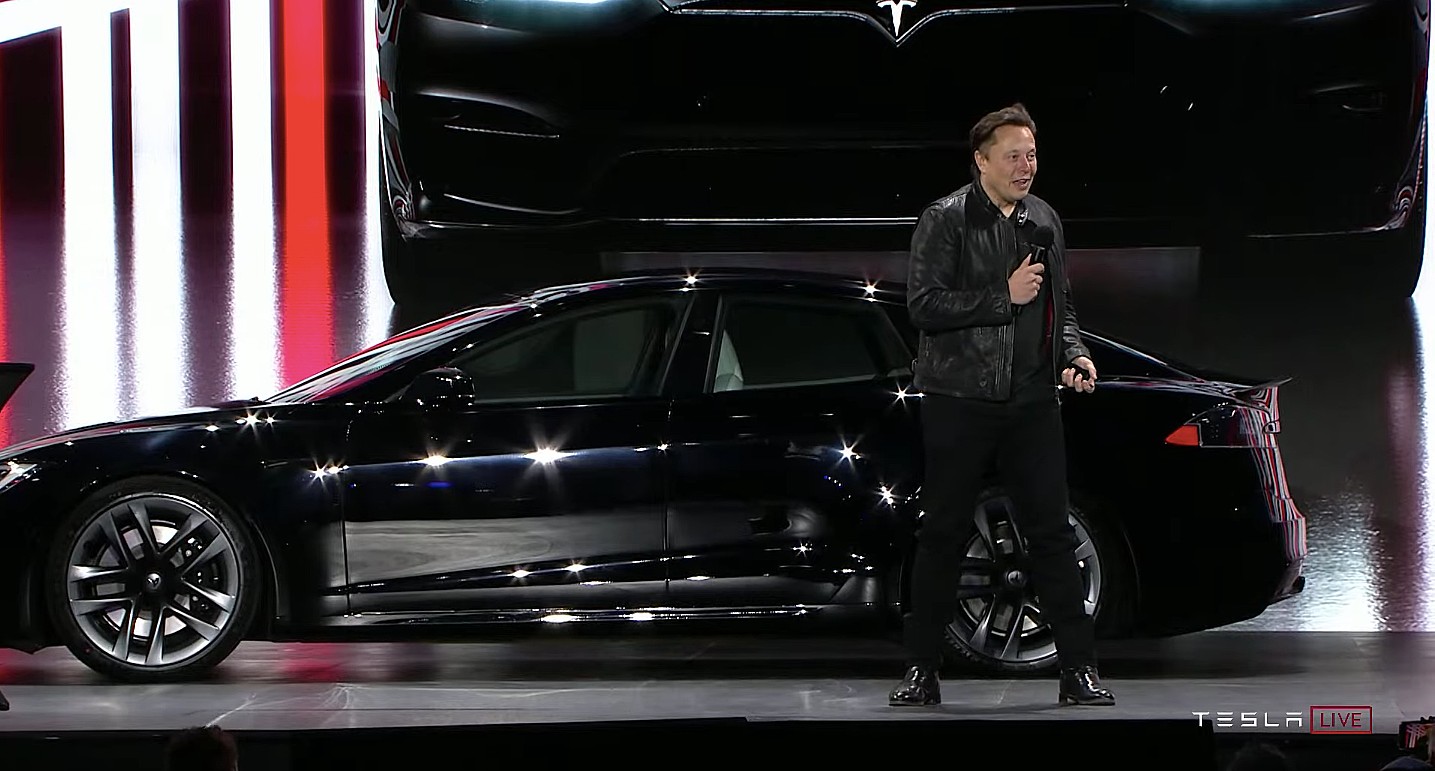 Tesla shares (NASDAQ:TSLA) have received a price target update from Cannacord Genuity, which published a note following the release of the Model S Plaid. While the investment bank and financial services firm maintained its “Buy” rating for Tesla, it did reduce its price target for the company over apparent delays with the production of 4680 cells, which were heavily speculated to be used for the now-canceled Model S Plaid+.

In a note, Canaccord analyst Jed Dorsheimer praised Tesla for the innovations that ultimately made the Model S Plaid possible. The analyst highlighted the vehicle’s carbon-wrapped electric motors as one of these upgrades, as well as the machines that Tesla developed to produce these components. With these new milestones, Dorsheimer noted that OEMs are once more playing catch-up to Tesla.

However, the analyst also noted that the reveal of the Model S Plaid suggests that there are delays with the release of the company’s highly-anticipated 4680 cells, which were expected to be fitted on the Model S Plaid+, a vehicle that was ultimately canceled recently by Elon Musk. Dorsheimer explained that if the 4680 cells are not ready for mass production yet, Tesla’s battery constraints may remain an issue. With these factors in mind, the analyst reduced TSLA stock’s price target by 17% to $812 per share, down from its previous $974.

“Leading up to the delayed launch, Tesla canceled the top trim Model S Plaid+, which was reportedly the first to feature the new 4680 cell design. This signals to us the new cell format isn’t ready for production just yet, and cell production capacity constraints for energy storage products like Powerwall remain. Coupling this with macro near-term uncertainty surrounding inflation and Fed policy causing a sector rotation out of growth and into value names leads us to our PT reduction. Our PT of $812 is based on applying 50x out ’24 EV/EBITDA estimate of $18B (previously $974 based on 60x).”

The Canaccord Genuity analyst’s note also featured an optimistic nod for Tesla Energy, with Dorsheimer noting that the solar and energy thesis for the company remains intact. According to the analyst, Canaccord’s multi-year thesis on Tesla Energy centers on its strategic move to dominate the solar and energy market when battery production capacity constraints alleviate. The firm also noted that Tesla is creating an energy brand and an Apple-esque ecosystem of products with customer focused connectivity, allowing the company to seamlessly marry its electric car, solar, and battery storage products.