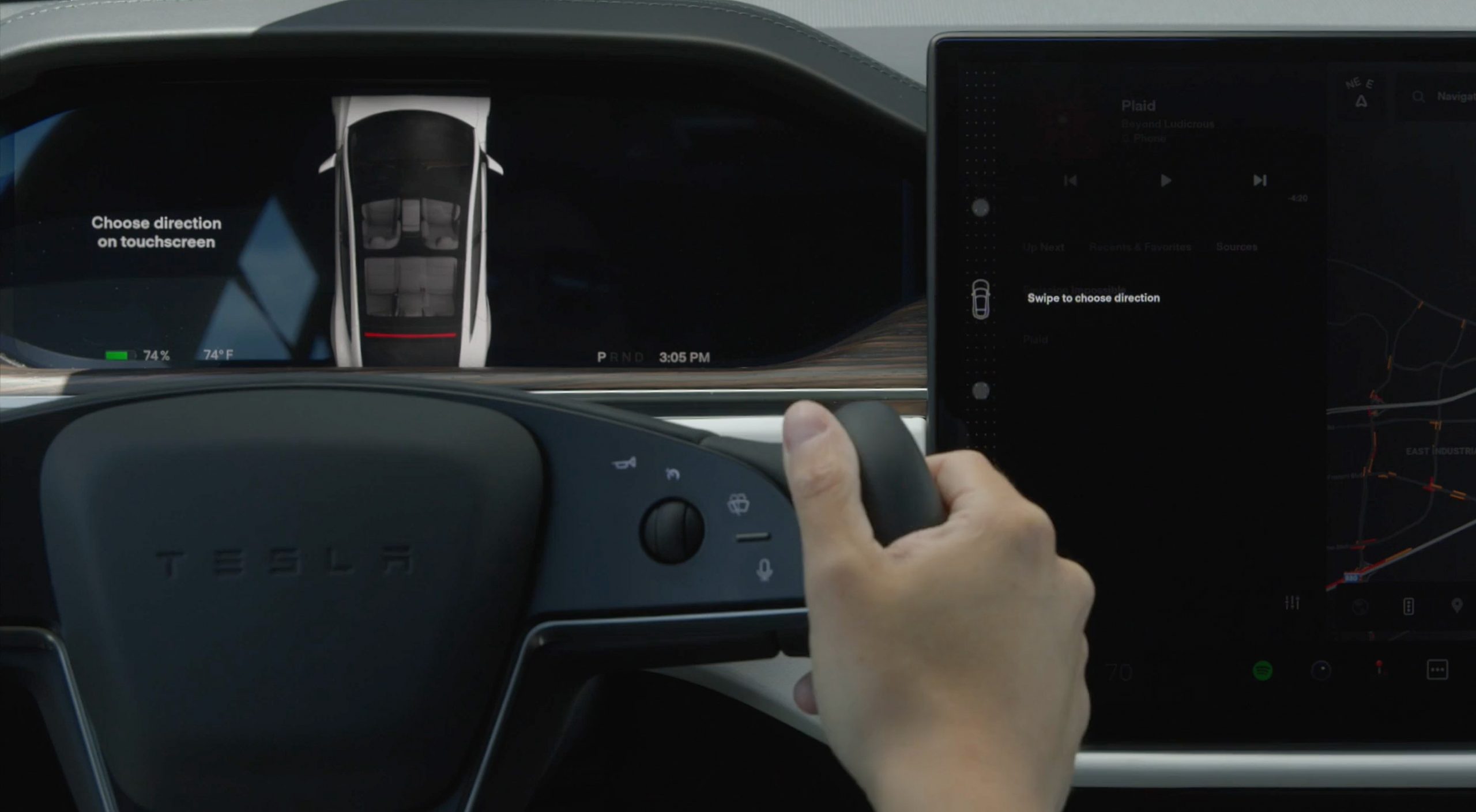 “I think generally all input is error,” said Tesla CEO Elon Musk when he explained the Model S Plaid’s Auto Shift feature. Tesla removed the stalks when reinventing the Tesla Model S Plaid’s design. “If you have to do something that the car could have done already, that should be taken care of; the software should just do it,” Musk remarked.

This approach was evident in the Model S Plaid’s Auto Shift feature, which uses software to determine if the vehicle should be in Drive, Park, Neutral, or Reverse. The new Tesla Model S manual goes further into detail about Auto Shift and the vehicle’s gears.

For drivers who would still prefer shifting gears manually, the new Model S has a gear strip available on the car’s touchscreen under “Controls.” The gear strip will be displayed on the left side of the touchscreen when a driver presses the brake pedal while parked.

The Park button is only displayed when the brake pedal is pressed. Shifting into Park is allowed when the vehicle’s driving speed is less than 5 mph or 8km/h.

Auto Shift Out of Park

“When Auto Shift out of Park is enabled, Model S is designed to use inputs from various sensors to automatically select a driving gear when you are ready to drive. The selected gear is displayed on the instrument panel when the driver’s door is closed, and the seatbelt is buckled,” said the manual.

Drivers can override the selected gear by pressing the brake pedal, then use the touchscreen to choose the gear they prefer. Drivers must always press the brake pedal to shift out of Park.

Tesla cautions drivers to follow the instructions on the panel before pressing on the accelerator after confirming their gear selection. The Model S will not shift out of Park if it is still plugged into a charging port.

The Model S automatically selects the driving gear when the following conditions are met:

Tesla notes that the gear selector in the center console activates when the touchscreen is unavailable or the Model S in Valet or Transport Mode. Otherwise, drivers must press the letter buttons to activate the gear selector.

“If you try to shift into a gear that the current driving speed prohibits, the instrument panel displays an alert, a chime sounds, and the gear does not change,” Tesla states in the manual.