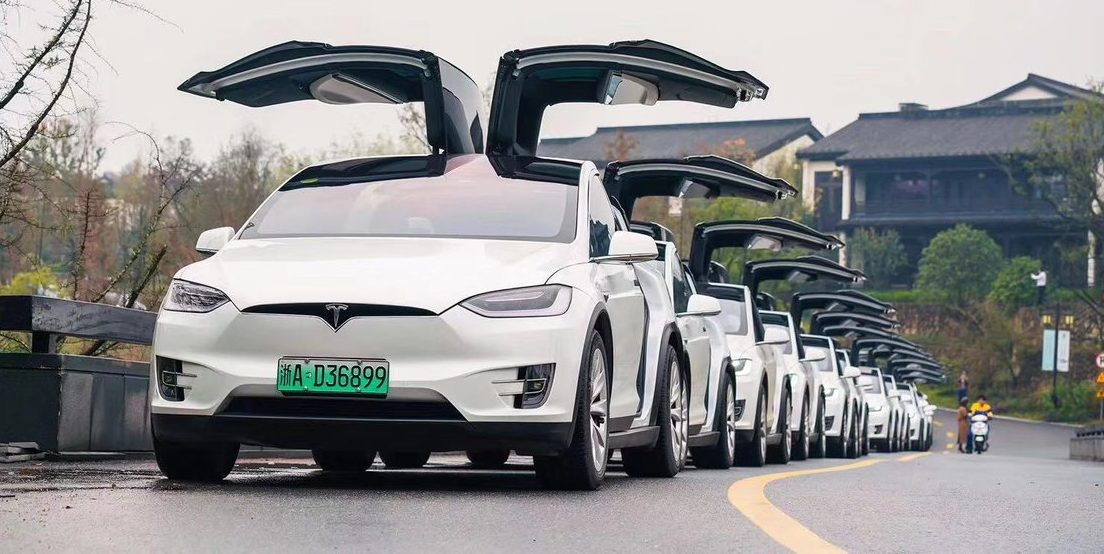 Tesla gets another ‘Outperform’ rating amid China’s upcoming tariff suspension

Tesla stock (NASDAQ:TSLA) has received yet another “Outperform” rating from Wall Street, this time coming from Wedbush, which recently launched coverage of the electric car maker. The new vote of confidence comes amidst news that China has agreed to enact a 3-month suspension for the additional 25% tariffs it placed on cars and parts entering the country from the United States.

Wedbush analysts led by Dan Ives expressed their optimism on Tesla in a recent note, echoing Elon Musk’s statements about the company having a compelling product roadmap for years to come. The analysts pointed out that Tesla would likely be a driving force for the automotive sector’s shift towards sustainable transportation, with the Model 3 leading the charge.

“The company has the most impressive product roadmap out of any technology/auto vendor around and will be a ‘game-changing’ driving force for the EV transformation over the next decade with Model 3 front and center,” the Wedbush analysts noted.

Ives further noted that Tesla has a “golden opportunity” to ramp the sales of the Model 3 in 2019, which would likely “translate into massive free cash flow and profitability” for the company.  The Wedbush analysts placed a $440 price target on TSLA stock as well, representing a 16% upside from Thursday’s closing price.

As Tesla gains another vote of confidence from Wall Street, the company’s business in China seems to be getting a boost for the coming quarter as well. In a recent announcement, China’s State Council Customs Tariff Commission stated that it was suspending the extra 25% tariffs it placed on cars and parts being imported from the United States as a result of the US-China trade war. The import tariff suspension is set to last three months, taking effect on January 1, 2019.

Update with English version & USD pricing table.
Tesla officially lowered the prices (Model S And X) in China??: some models have cut prices by more than $15K USD, a drop of 11%

The upcoming suspension of the trade tariffs for American-made cars bodes well for Tesla. The additional duties have weighed down the company’s business in the region during the past few months, pushing Tesla to roll out a program last month that allowed it to “absorb” part of the 40% import tariff, making its electric cars more affordable.

Without the additional import tariffs, though, Tesla’s performance in China is quite impressive. Prior to the start of the US-China trade war, China’s Customs Tariff Commission under China’s cabinet announced that it would reduce car import duties from 20-25% to just 15%. Similar to the price adjustments rolled out today, Tesla promptly cut the prices of its vehicles in its stores across the country then. The response from the market was strong and immediate, resulting in a Shanghai Tesla store selling out its entire Model X 75D inventory in 24 hours.

Tesla gets another ‘Outperform’ rating amid China’s upcoming tariff suspension