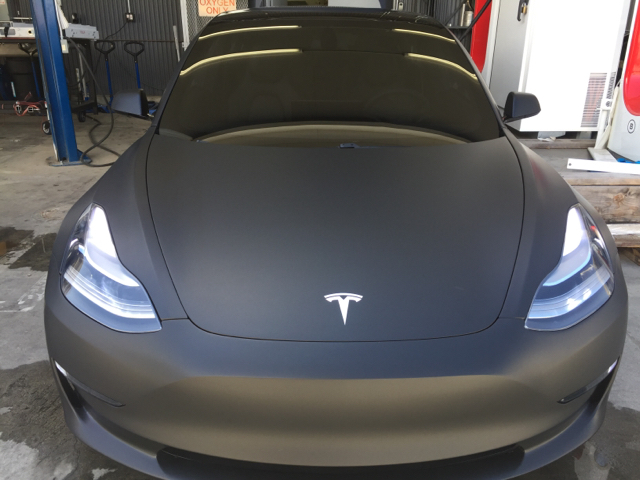 Tesla has sent its first update to Model 3 reservation holders. The updates tell customers they will be contacted by the company when it is time to configure their car. The update shows the Model 3 in blue for the first time.

Model 3 reservation holders may feel a tad closer to realizing their dreams of ownership knowing that Tesla has just updated their My Tesla page with an image along with minor details of the company’s much anticipated mass market electric vehicle. The update provides depositors that plunked down $1000 for their place in line to configure the Model 3 confirmation that the company will begin deliveries towards late next year. The page reads as follows:

Your Model 3 was reserved on <insert your date of reservation>. Deliveries will begin in late 2017. You’ll be invited to configure based on the date of your reservation. If you have any questions, please refer to our FAQ. We invite you to submit suggestions or feedback within our forums. Engage with other future owners to share your excitement or ideas. To withdraw your reservation, you may request a cancellation.” The My Tesla page update shows the Model 3 in blue for the first time, but also provides a link to allow reservation holders to cancel their spot in line if they wish to do so.

In other Model 3 news, the press is reporting grumblings from various suppliers and industry observers about the accelerated production schedule for the Model 3 that Elon Musk announced two weeks ago.

Jeff Schuster of industry forecaster LMC Automotive said the goals were “implausible,” in part because Tesla’s battery factory in Reno, Nevada, was unfinished. Aluminum, lithium and other materials – already in short supply – “could be another limiting factor,” said Sam Fiorani of AutoForecast Solutions.

Other industry observers tell NBC News that getting a production line ready often takes 2 to 3 years. Chrysler is converting its Sterling Heights assembly plant to build more Ram 1500 pickup trucks. It wants to boost production to 300,000 vehicles a year — a 50% increase.

“FCA already has the talent and the money, and the underlying machinery is already installed in the plant,” said one longtime supply sales executive. “They’re aiming to be up and running in 2018, so they have two years – and suppliers are wondering if they’ll make that deadline.”

Ramping up to produce ten times as many cars as today in just 18 months seems a near impossibility to many experienced auto industry analysts. The company still is soliciting bids for parts and machinery, according to several industry sources. Automaking consultant Ron Harbour of Oliver Wyman said increasing production at the Fremont plant to 500,000 vehicles in 2018 would require more stamping, welding and assembly machinery that “could take up to 18 months to order and install.”

The fact that Tesla is doing this at a time when many other manufacturers are retooling factories to increase production places additional constraints on the company’s proposed timeline, a Detroit based supplier sales executive tells NBC. “I’d be really surprised if he can launch production by next July,” said Frank Faga, a Detroit-based auto manufacturing consultant. “But this is a guy who says he’s going to Mars. Who am I to say he can’t do this?”