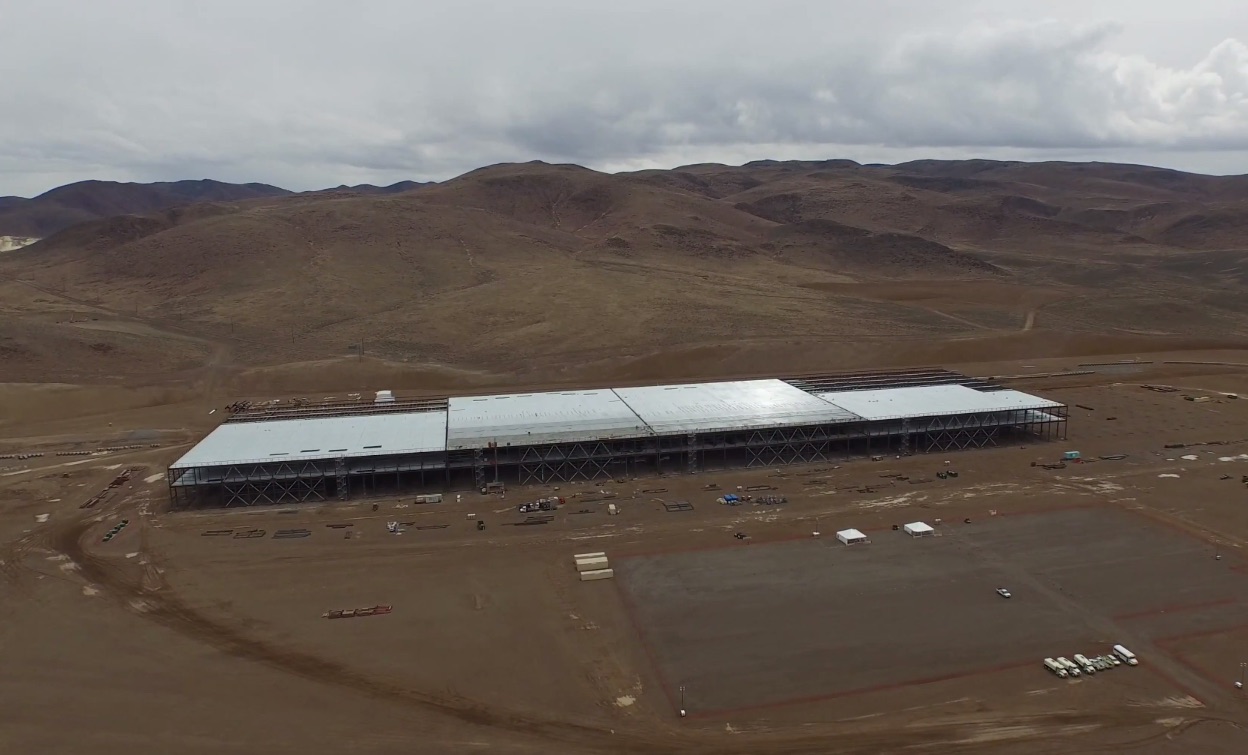 Forbes says that success of the GigaFactory is critical to any future increase in Tesla share price. It says production savings will boost profit margins. The success of Tesla’s GigaFactory is critical to any increase in its share price and here’s why.

At present, the lithium to make lithium ion batteries comes mostly from South America. From there it gets shipped to North America for refining and processing. Then it goes to Japan or South Korea for further refining and processing. Finally, it comes back to North America as part of batteries that will be installed in an electric car. That car will then be sold in America, Europe or China. A first year business administration student can tell you there are huge inefficiencies built into that system.

According to Forbes, the genius of the Tesla plan is to consolidate as many of those steps as possible under the roof of its GigaFactory in Nevada. Forbes calculates that even if consolidation only shaves a few percentage points off the cost of each step in the process, the cumulative effect will be significant savings. It estimates savings of 10% are possible in both supply chain costs and labor costs. Then, if the volume of Tesla automobile sales increases, economies of scale should account for a further 10% reduction, for total savings of 30%.

Based on the prices quoted by Tesla at the roll out of its PowerWall residential battery system in April, analysts believe its cost of manufacture is already at roughly $250 per kilowatt hour. Shaving 30% off that number would drive the cost below $200 per kilowatt hour, and that’s that point where many observers believe electric cars can be price competitive with cars powered by conventional internal combustion engines.

Tesla says it plans to sell 500,000 electric cars a year by 2020. Forbes predicts the product mix to make that number possible will be 20% Model S sedans, 15% Model X SUVs, 5% Roadsters and 60% Model III vehicles. At that sales volume, it estimates the company will realize a 10%  gain in its gross profit margins, propelling the company stock 40% higher than its present price target. But there’s one thing the Forbes report doesn’t take into consideration — the impact on profits from selling batteries for purely  non-automotive uses such as grid storage systems coupled with commercial, industrial and residential uses.

Large companies like Walmart and Target have already signed deals to use Tesla storage batteries. Amazon will rely on Tesla batteries at its new western service center. And Advanced Microgrid Solutions has just announced an agreement to buy enough Tesla batteries for up to 500 megawatts of electrical storage, according to Bloomberg Business.

AMS CEO Susan Kennedy told Bloomberg, “What I like about the Tesla batteries is that they’re so versatile. But we’re technology agnostic. We can choose any type of technology. We intend to use Tesla batteries on a huge number of our projects going forward.” Meanwhile, Mercedes Benz announced this week that it is jumping into the battery storage business in a big way with its Deutsche ACCUmotive division.

There are billions in profits to be made in stationary battery storage systems over the next 20 years, as the world of electrical power transitions away from fossil fuels to distributed renewables. It may turn out that Tesla’s battery business could generate more profits than its automobile business. In which case, Forbes’ prediction of a 40% increase in Tesla share price may prove to be entirely too conservative.