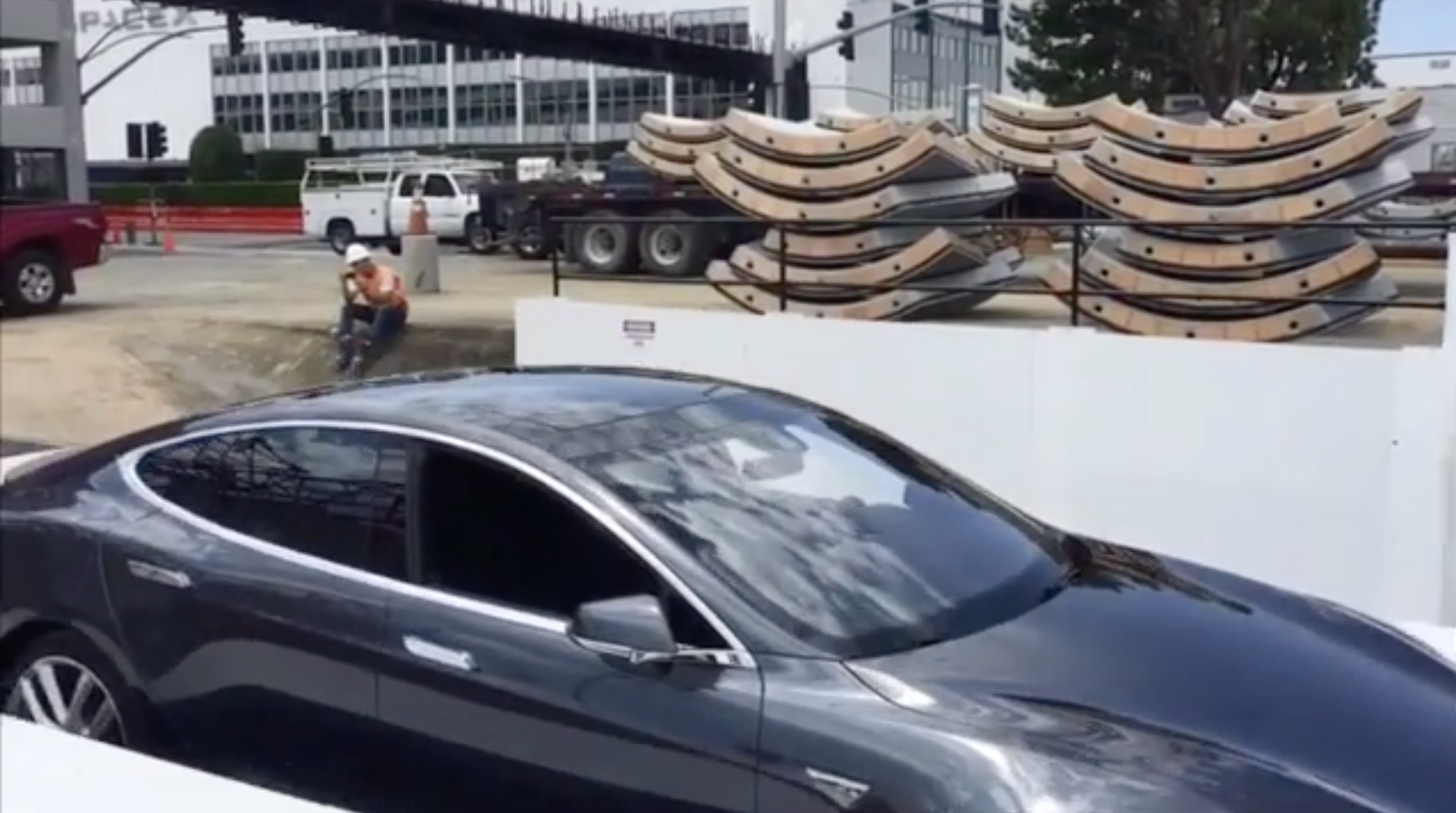 Tesla CEO Elon Musk took to Instagram late Tuesday evening to demonstrate The Boring Company’s newest car elevator. The serial tech entrepreneur posted a video showing what appears to be a driverless Tesla Model S being summoned onto a platform, before being lowered into an underground tunnel.

This is the first time we’re seeing a working proof of concept by The Boring Company, which comes less than three months after Musk first revealed details about his futuristic tunnel-boring project. Speaking at TED 2017 in April, Musk gave the audience a visualization of the project that would enable a car to be lowered into the ground, and transported on electric skates through a network of tunnels. According to Musk, the underground transportation network could have as many as 30 layers of tunnels, and can be used to support a Hyperloop.

Though Musk’s ambitious tunnel boring project has received criticism from various city officials and regulatory bodies that have considered Musk’s plan a pipe dream, L.A. Mayor Eric Garcetti has had more “promising conversations” about the project. Los Angeles is earmarked as one of the more complex areas that Musk’s The Boring Company will have to navigate when it comes to regulatory approval. The densely packed cities, vocal residents and fears over the unsubstantiated effects of earthquakes on tunnels contribute to the problem.

Still, this won’t hold The Boring Company back from its ambitious project, as validated by Musk’s recent video that shows a Tesla Model S being lowered by a car elevator and into the entryway of an underground tunnel. Incidentally, seen in the background of the video is also SpaceX’s newest pedestrian bridge.

The first set of tunnels are to alleviate greater LA urban congestion, said Musk. “Will start NY-DC in parallel. Then prob LA-SF and a TX loop.” According to Musk, The Boring Company has received verbal government approval to build an underground Hyperloop between New York City, Washington, D.C., Philadelphia and Baltimore. Travel time between New York City and D.C. can be achieved in as little as 29 minutes.