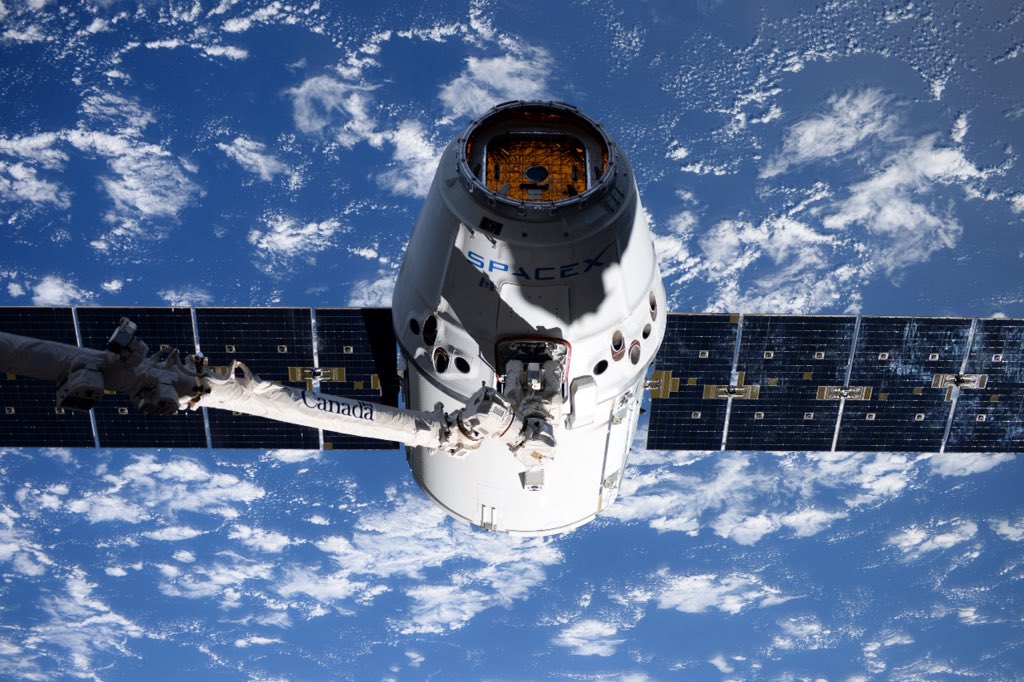 An update yesterday on NASA’s Commercial Crew Program has confirmed SpaceX’s current schedule for its first launches of Dragon 2 in February and June of 2018.

Previously discussed here, meetings on Monday and Tuesday offered more detailed information on SpaceX’s Dragon programs. In Monday’s NASA advisory meeting, Sam Scimemi discussed ISS operations between now and the end of the year, and went on to discuss SpaceX’s upcoming CRS-12 mission. Currently slated for no earlier than August 14th, CRS-12 will mark the final “new” Dragon capsule to visit the ISS, with all future CRS-1 launches from SpaceX to be conducted with reused capsules. Including CRS-12, SpaceX has nine more contracted cargo missions through the first CRS program.

Yesterday, NASA’s Steve Stich discussed the Commercial Crew Program and provided updates on the progress being made by SpaceX, Boeing, and Blue Origin. While a skilled aerospace journalist and reliable source of CCP information has expressed some skepticism about the schedules of both Boeing and SpaceX, both partners and NASA are still sticking to their updated goals of launching both Demo flights before 2018 is out. 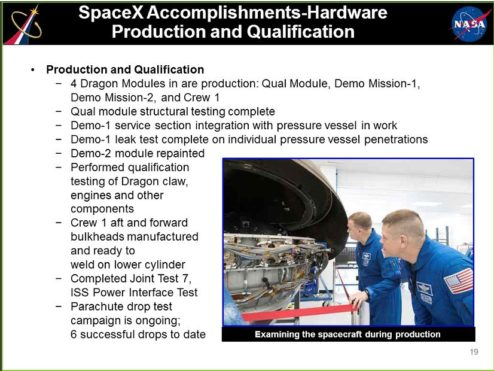 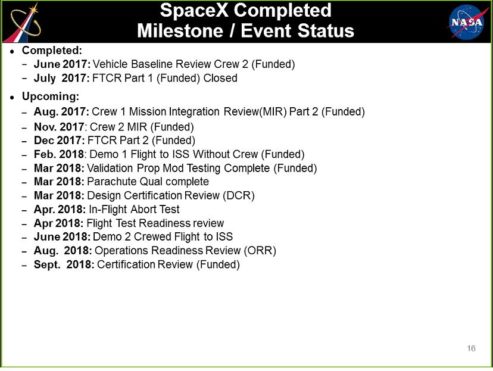 In other news, SpaceX is just shy of two weeks from a scheduled static fire for CRS-12, expected no earlier than August 10th. This will mark the company’s first launch in over a month, following the closure of the Eastern Range in early July. Including the inaugural launch of Falcon Heavy, SpaceX has as many as a dozen missions scheduled before 2018. Fans also can look forward to another presentation from Elon Musk in late September, where the CEO of SpaceX is expected to reveal a considerably updated and slightly smaller version of the Mars booster and spaceship revealed last year.