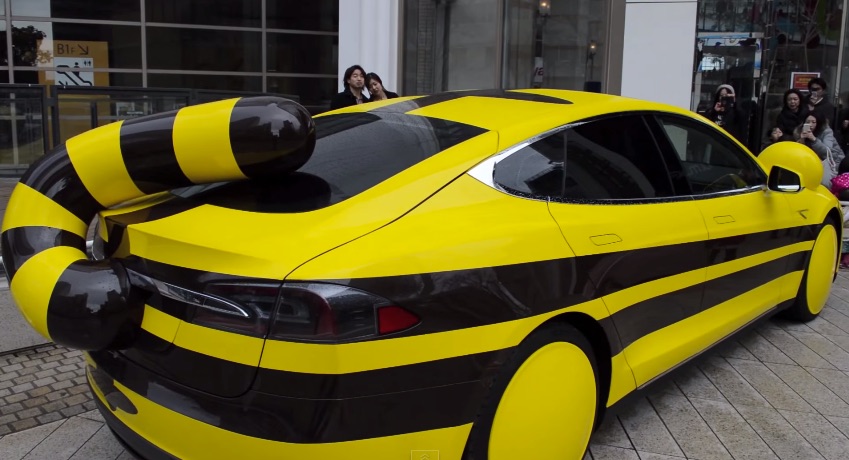 What do you get when you cross a Japanese preschool tiger anime with a Tesla Model S? You get one of the happiest looking cars on the road outfitted with its own set of ears and tail.

YouTube user BusanKevin uploaded a video of the Shimajiro Tesla seen outside of an office complex in Kobe, Japan. Shimajiro, a mascot to a popular Japanese preschool educational program, was created by parent publishing company Benesse as a way to promote children’s education.

There’s not much to say about the car other than the fact that it’s so wrong yet so right. A tiger-themed Tesla Model S wrap can only be acceptable if the mission itself is one of education, especially if it’s for children.

That won’t stop us from cracking a few jokes at it though. Enjoy!