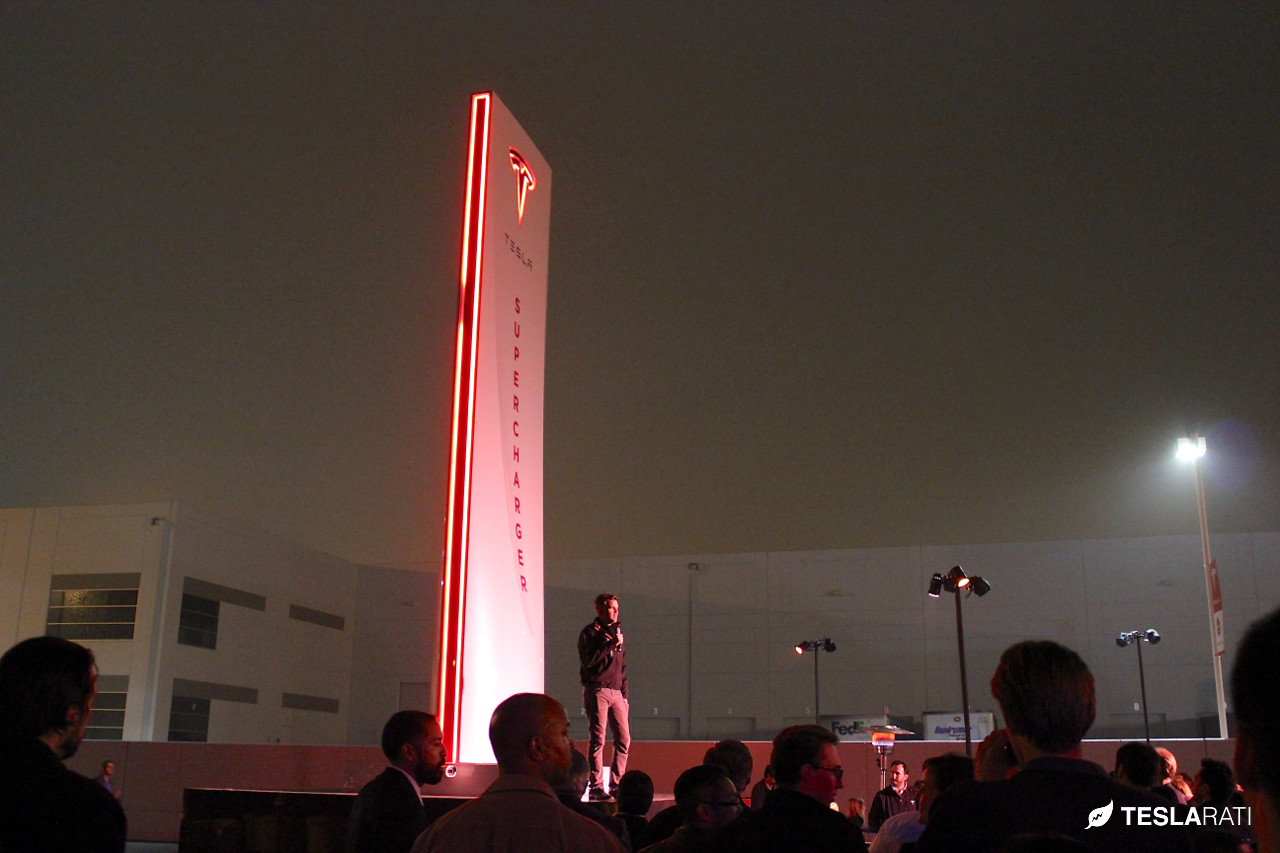 Each year, Tesla seems to top the previous year with developments and breaking news, and 2014 was no different. Here’s my list of top Tesla Motors moments in 2014: Tesla’s CEO, Elon Musk discussing the footprint of the Gigafactory and its energy needs.

5 – Did you say a $5 Billion Gigafactory? In late March, Tesla announced that four states were in the running for the $5 billion Gigafactory that would produce up to 50-GW-h of battery packs per year and 35-GW-h of energy storage packs per year by 2020. Fast forward to later this year and JB Straubel, CTO, Tesla Motors, said “We’re a bit ahead of schedule in the Gigafactory than what we previously communicated. We felt it was important to go as fast as we possibly could and start some production operations in 2016.”

4 – So who won? I can’t leave you hanging, right? The winner of the Gigafactory sweepstakes was Reno, Nevada and it was announced in September 2014. The entire Nevada legislature voted to approve the land and tax incentives received by Tesla Motors. Of course, old media gnats took a swipe at the incentives that Tesla Motors received, based on the fact the company is only ten years old and not a bloated 20th century company, such as Boeing and Volkswagen.

Just this last year, VW received $230 million dollars from the state of Tennessee for plant expansion that creates 2,000 jobs, compared to the 5,000 jobs at the Gigafactory. Musk is big target. This is a great, “Inside Elon Musk’s 1.4 Gigafactory Score,” and it details the competition among states and Tesla Motor’s dealmaking approach.

3- Rising Tides Lifts All Boats, right? So how do you accelerate auto electrification in the industry? Just release your patents. That’s what Tesla Motors did on June 12, 2014 via the blog post, “All Our Patent Are Belong to You,” and it created a big Internet, social media and media buzz for weeks. During the summer, there was conjecture that BMW was talking with Elon Musk, but nothing came out of it.

So why did they do it? From Musk’s blog post: “At Tesla, however, we felt compelled to create patents out of concern that the big car companies would copy our technology and then use their massive manufacturing, sales and marketing power to overwhelm Tesla. We couldn’t have been more wrong. The unfortunate reality is the opposite: electric car programs (or programs for any vehicle that doesn’t burn hydrocarbons) at the major manufacturers are small to non-existent, constituting an average of far less than 1% of their total vehicle sales.”

2- Against It! It can’t be a completely groovy list, right? Back in March, the state of New Jersey blocked Tesla Motors from selling its cars via a non-elected Commissioner board that announced its ruling on Monday morning (public debate ran from 10:37 – 11:15) and voted to approve the ban later that day… Democracy and free markets, not in New Jersey…Michigan…Missouri, Texas, but I digress. The greed freaks (the state dealer association) and their political minions in New Jersey made sure no Tesla Motors retail stores could exist. The “honorable” Governor Christie said there were no talks between the company and his office, and Christie felt it was an issue that the legislature could rectify.

1- All Things D The winner for 2014 is the “All Things D” event and announcement of the Model S P85D (all-wheel drive) that provides the Silicon Valley automaker a new market segment to reach in the coming years and compete with the BMW i8’s price range or higher-end Jaguars and BMW sedans and coupes. Musk tweeted and the Internet followed all the way to southern California, where many witnessed numerous 3.2 second 0 to 60 nighttime demonstrations and driver assist features. Just reported today, these new electric beasts are out on the road in southern California.
Runner ups: The Model X delays vehicle deliveries until 3rd quarter 2015 and on April 24, 2014 the company announced its 100th supercharger. Also, the cross country Tesla Motors trip was a fun 72 hours or so. Trying out the new superchargers located at Two Brothers Brewery, located in Aurora, IL, the 2nd largest city in Illinois.

**A favorite moment for this Model S driver was the installation of superchargers (photo right) at my favorite craft brewer the Chicago area, Two Brothers Brewery in Aurora.

So what will be the big Tesla Motors moment in 2015? A Model X surprise? Maybe Tesla sells more all-electric vehicles than Nissan’s Leaf? We will see.