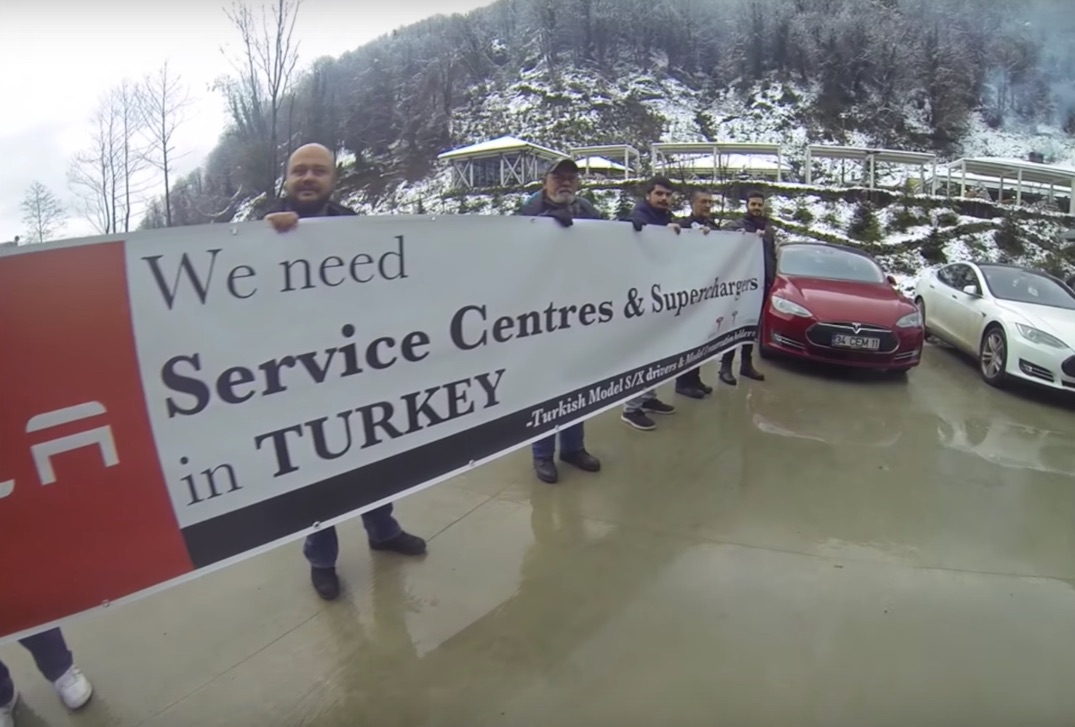 A dedicated group of Turkish Model S and Model X owners gathered this past weekend in Bursa, Turkey to make a public plea to Tesla CEO Elon Musk for service and Supercharger support within the country. Taking to social media under hashtag #hearuselon, the Tesla Turk group promotes their video aimed at grabbing Musk’s attention and voicing reasons why Tesla should expand into Turkey.

The group sent Teslarati a video showing them holding a large banner that reads, “We need Service Centers and Superchargers in Turkey”.

The Tesla Turk group claims there are over 100 Tesla vehicles being driven in Turkey everyday, all of which have been brought into the country through independent third-party importers, yet the Silicon Valley electric car company has not a single store, service center or Supercharger within the country. At issue is the lack of warranty and inability to service a vehicle should something malfunction on the vehicles. Currently, Model S and Model X owners needing support must drive over 1,000 miles (1,700 km) to the closest Tesla Service Center in Austria.

The Tesla Turk group asks for your support in getting their message heard.