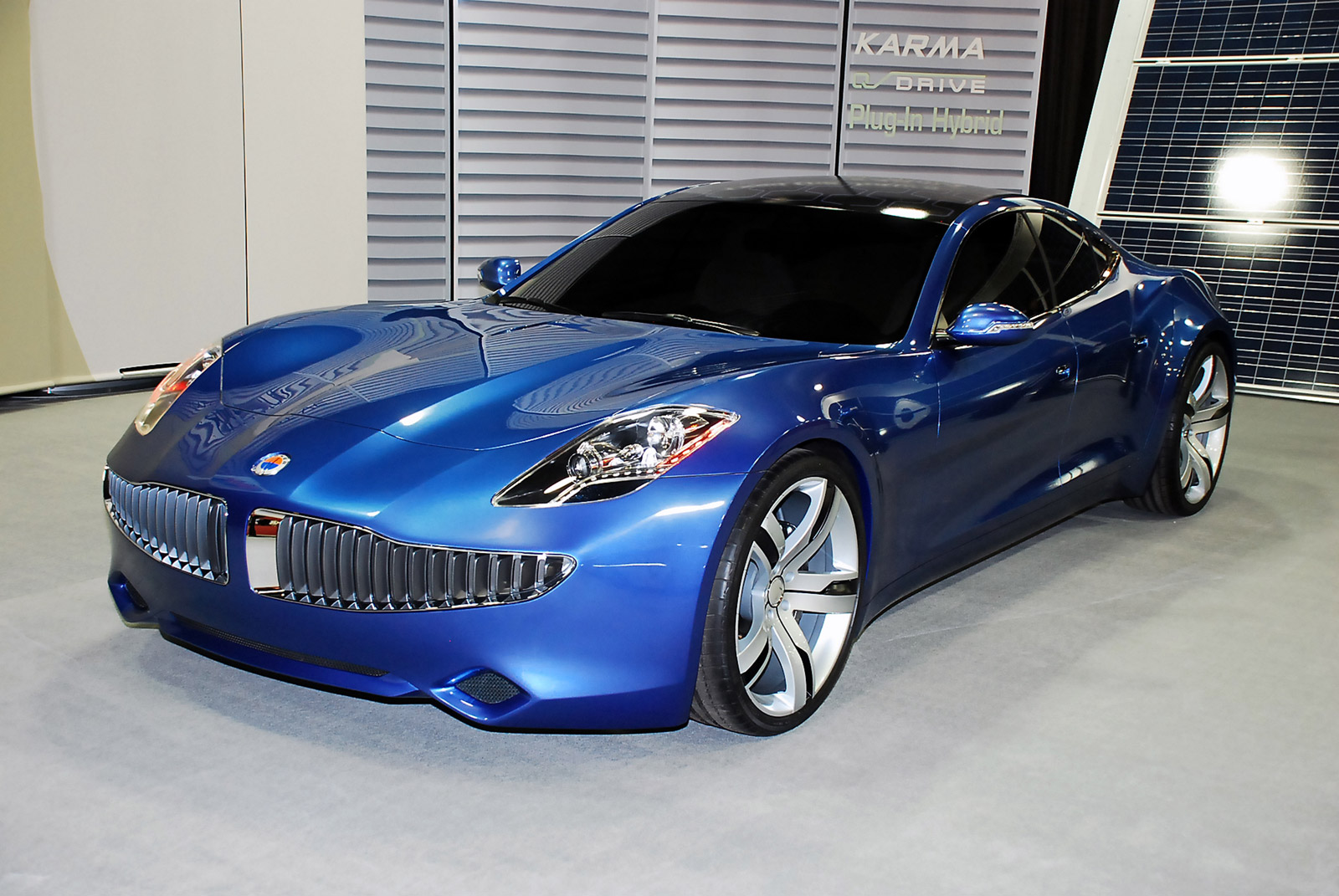 U.S. electric car pioneer Fisker Automotive once posted a manifesto on its Web site: “New isn’t easy.” Not for them, it wasn’t. Now their site is defunct and the company is scrambling to find a funder or face bankruptcy.

An electric car company buoyed by federal dollars in 2010, Fisker has now been crippled by supply chain and other problems, and joined legions of start-ups that get dragged down by technical glitches and financial woes. The capital backing from taxpayers caused a dustup that has kept Fisker in the limelight.

The greater question now is whether Fisker’s crash will have repercussions for the electric vehicle industry, which has seen some sales successes with Tesla’s Model S in recent months but largely remains unrealized.

Rewind to just a few years ago when the future for electric vehicles looked promising. In 2010 the Nissan Leaf and Chevrolet Volt hit the road. Gas prices were rising and Pres. Barack Obama pledged to put one million electric vehicles on the road by 2015. With climate change legislation on the table in Congress as well, the EV market seemed primed for an upswing.

Enter Fisker, whose electric sports sedan Karma rolled into showrooms in 2011 amid fanfare. TIME listed it as one of the 50 best inventions of 2011. The Anaheim, Calif.–based company netted a $529 million government-backed loan to help fuel its efforts. In recent years it reportedly raised $1 billion more in private funds.

But things started to fall apart. Its lone battery supplier, A123 Systems, floundered and eventually went bankrupt—a significant blow when as much as half of electric cars’ price tag comes from that piece of technology. Karma had to halt production. The U.S. Department of Energy (DoE) froze Fisker’s loan at $192 million in June 2011. A flawed cooling fan was also linked to a fire in 2012, prompting recalls.  In October Hurricane Sandy destroyed several hundred Karmas waiting for shipment at Port Newark, N.J. Fisker’s founder left last month, leaving the company to contemplate its next steps. This month it laid off the majority of its employees. It is also reportedly being sued by a Web designer, an investor and some former employees.

And the hits keep on coming: On April 11 the federal government seized $21 million from the company’s cash reserves. Fisker did not respond to a request from Scientific American for comment on this story.

Republican lawmakers blasted the company at a House Subcommittee on Economic Growth, Job Creation and Regulatory Affairshearing on Wednesday, accusing Fisker of profiting from close connections with the Obama administration. But lawmakers saved most of their fire for the DoE, blaming it for continuing to dole out funds when some lawmakers believe there were early indications the company was not delivering on its product. “The real issue here…is the government shouldn’t be in this business of actually trying to be a venture capitalist. The government is a very poor venture capitalist,” said Rep. Patrick McHenry (R–N.C.). “We lose taxpayer dollars, and when we lose taxpayer dollars it outrages the public.” Armed with private e-mail correspondence House Republicans obtained between the company, DoE and related consultants, it tried to pin down who knew what and when.

Henrik Fisker, the company’s former chairman and founder, told House lawmakers that strategic financing at this stage could still allow the company to rebound. In any case, Fisker’s bevy of problems are unique to the company and do not reflect the electric vehicle landscape, says Alan Baum, a Michigan-based analyst specializing in the automotive industry. Start-up car companies—electric or not— often fail, he said.

The real next steps in the industry will come from the larger auto companies such as General Motors, Ford, Toyota, Nissan, Mercedes, Honda, Mitsubishi and BMW. “All those automakers I mentioned have vehicles in the pipeline that will debut in then next two or three years if they have not yet,” Baum says. “Major carmakers know with electric vehicles you can’t just sit on the sidelines.”

One issue is cost. Even with up to $7,500 in federal tax credits, electric vehicle prices can be steep. Without the credits, Karma’s sticker price was in the six-figures. Tesla’s top-of-the-line Model S costs $95,000. The Chevy Volt sells for about $40,000 and the Ford Fusion Energi rings in at $39,000. The price for the Nissan Leaf, which recently moved its manufacturing operations to the U.S., has dropped to around $29,000.

Finding an advanced battery that comes in the perfect package—high in energy density, small in size and lower in price—remains one of the largest hurdles to getting more electric vehicles on the road. “If we want to change things dramatically in the next 10 years we have to find a new material set—a new cathode–anode electrolyte set that will hopefully decrease the cost and increase energy density,” says Venkat Srinivasan, deputy director of the Joint Center for Energy Storage Research (JCESR). “If we can achieve that something dramatic would happen and significantly change the penetration curve.” JCESR, an “advanced battery hub,” was established in 2012 at DoE’s Argonne National Laboratory outside Chicago with the far-reaching goal of finding batteries with five times the current energy storage at one fifth the price in five years.

On the research side, federal loans from the Advanced Technology Vehicles Manufacturing Loan program (ATVM) have also supported other electric vehicle options, including Tesla, which received $465 million from DoE in 2010 and has said it expects to repay its loan five years early. Under this loan program, established under the George W. Bush administration, DoE also cut Ford a check for $5.9 billion to upgrade and modernize factories that produce vehicles including the Focus, Escape and Fusion. To Nissan, ATVM gave a loan for $1.4 billion to support the Leaf. And the Vehicle Production Group, LLC, received a $50-million loan to develop a wheelchair-accessible vehicle that will run on compressed natural gas. “To date, DoE has committed and closed five ATVM loans, totaling $8.4 billion, to auto manufacturers large and small who are adopting cutting-edge technologies and deploying them into the market,” Nicholas Whitcombe, former acting director of the ATVM program at DoE, told lawmakers Wednesday.

In the coming years there may be a host of experimentation with electric vehicles—inclusive of testing different products under the hood but also different types of cars with more spacious backseats and trunk space. “Every major automaker is going to be offering one or several models, and they come in at different price points and configurations,” says Genevieve Cullen, vice president of the Electric Drive Transportation Association.

In Europe several companies have tried to lower the price of purchasing an electric vehicle by allowing consumers to buy the car but lease the battery. That has not yet caught on in the U.S. but smart USA plans to offer it to U.S customers for the first time when its smart fortwo Electric Drive is released in May. Whereas leasing batteries could lower risks and costs, consumers still might balk. “It’s like buying a car without an engine and then leasing the engine,” Navigant’s Hurst noted.

“It’s a fantastic idea in some ways,” JCESR’s Srinivasan says. “What you’re telling consumers is don’t worry about the battery and how long it will last and how much it will cost.”

Leasing batteries is just one business model approach, Cullen says. Some carmakers are also exploring how they could tap the batteries’ remaining energy once their life in the car is over, she said. “Diversity in the marketplace will be an enormous step in growing this market.”