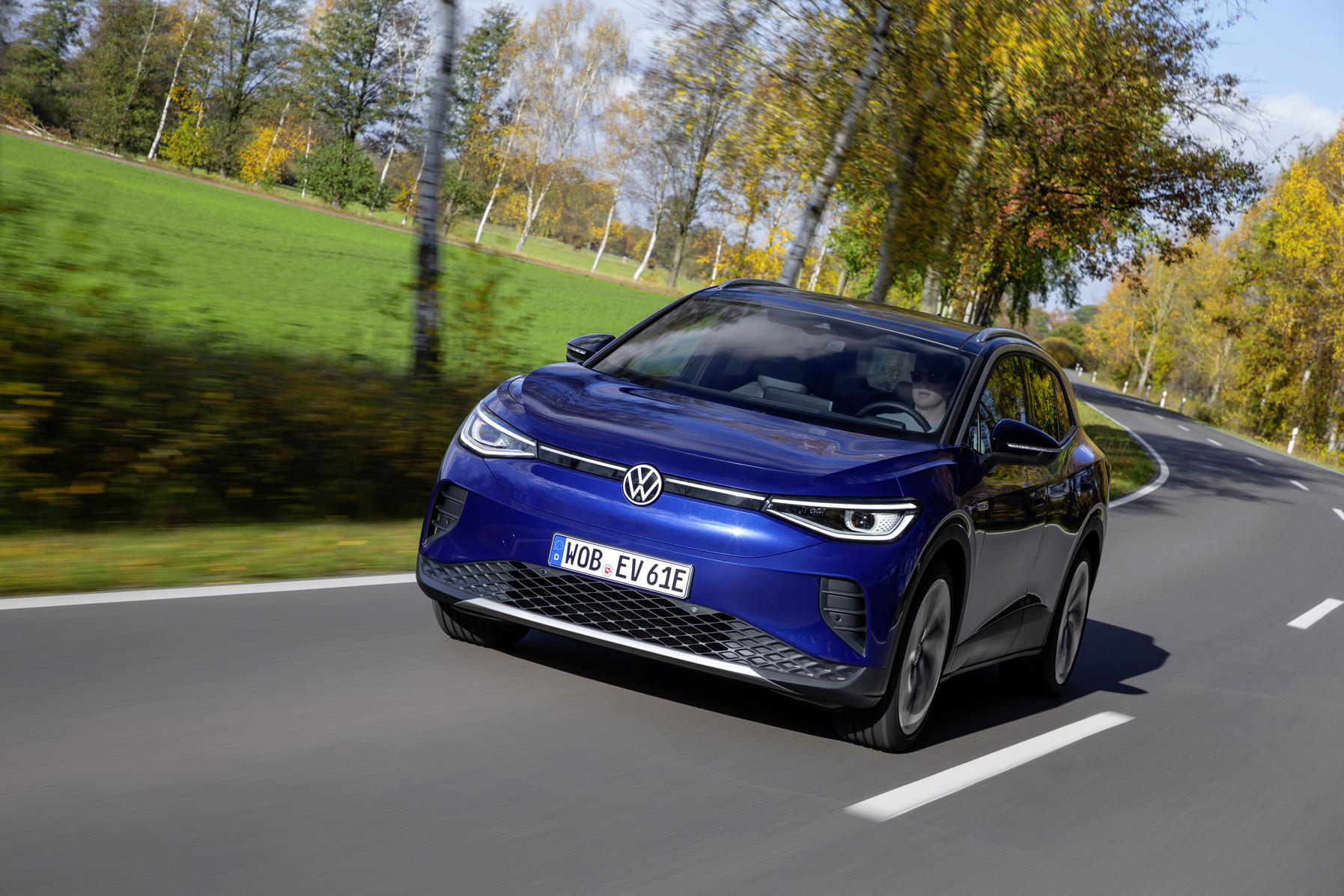 On Monday, Volkswagen held its first-ever “Power Day” event, revealing its outline to cut battery costs, increase cell production across Europe, and its plans for a charging infrastructure across its home continent. Volkswagen is just one company on a long list of automakers laying out their multi-year plans to catch up to Tesla, the undisputed leader in EV production and development. “This will finally make e-mobility affordable and the dominant drive technology,” Thomas Schmall of Volkswagen said during the presentation.

“This may be driven in part by U.S. retail investors jumping on the electric vehicle train,” Frederic Benizri of Louis Capital Markets told Bloomberg. Benizri believes high short interest in VW’s common shares currently is driving a short squeeze. Still, optimism that the German company could catch up to Tesla in the coming years is also responsible for driving the stock price upward.

Interestingly, Volkswagen’s Power Day event was well-received by investors and analysts, while Tesla’s Battery Day event actually resulted in short-term losses for the Elon Musk-led company. Volkswagen’s large-scale production figures, which could translate to an accelerated rollout of successful and effective EVs, might be the reasoning. However, Volkswagen is still sparring daily with software issues affecting its rollout of the ID.3 and ID.4 electric vehicles, the first two cars to utilize the automaker’s MEB platform for EVs.

The alignment between Tesla’s Battery Day and Volkswagen’s Power Day brought forward two companies’ plans for electric mobility expansion in the coming years. Tesla and Volkswagen, while both car companies, share strikingly different goals moving forward as the size comparison between the two automakers is strikingly different. Volkswagen delivered over 9 million cars last year, while Tesla is still working to roll out a broader lineup of production facilities worldwide. With two new manufacturing plants expected to open up this year, Tesla will undoubtedly expand in 2021 and 2022. However, it will be several years until it catches up to the production rates that Volkswagen has achieved.

Nevertheless, quantity isn’t always the deciding factor on which entity is more effective. Tesla has already established itself as a worthy competitor in the automotive field despite less than four years of experience producing mass-market vehicles. As Tesla continues to disrupt the automotive industry through more appealing electrification options than anyone else on the market, Volkswagen’s Power Day showed the German company is putting a full-scale focus on transitioning away from gas-powered cars, a statement that VW has made on many occasions.

Disclosure: Joey Klender is not a Volkswagen shareholder and has no intention of initiating any positions within 72 hours.