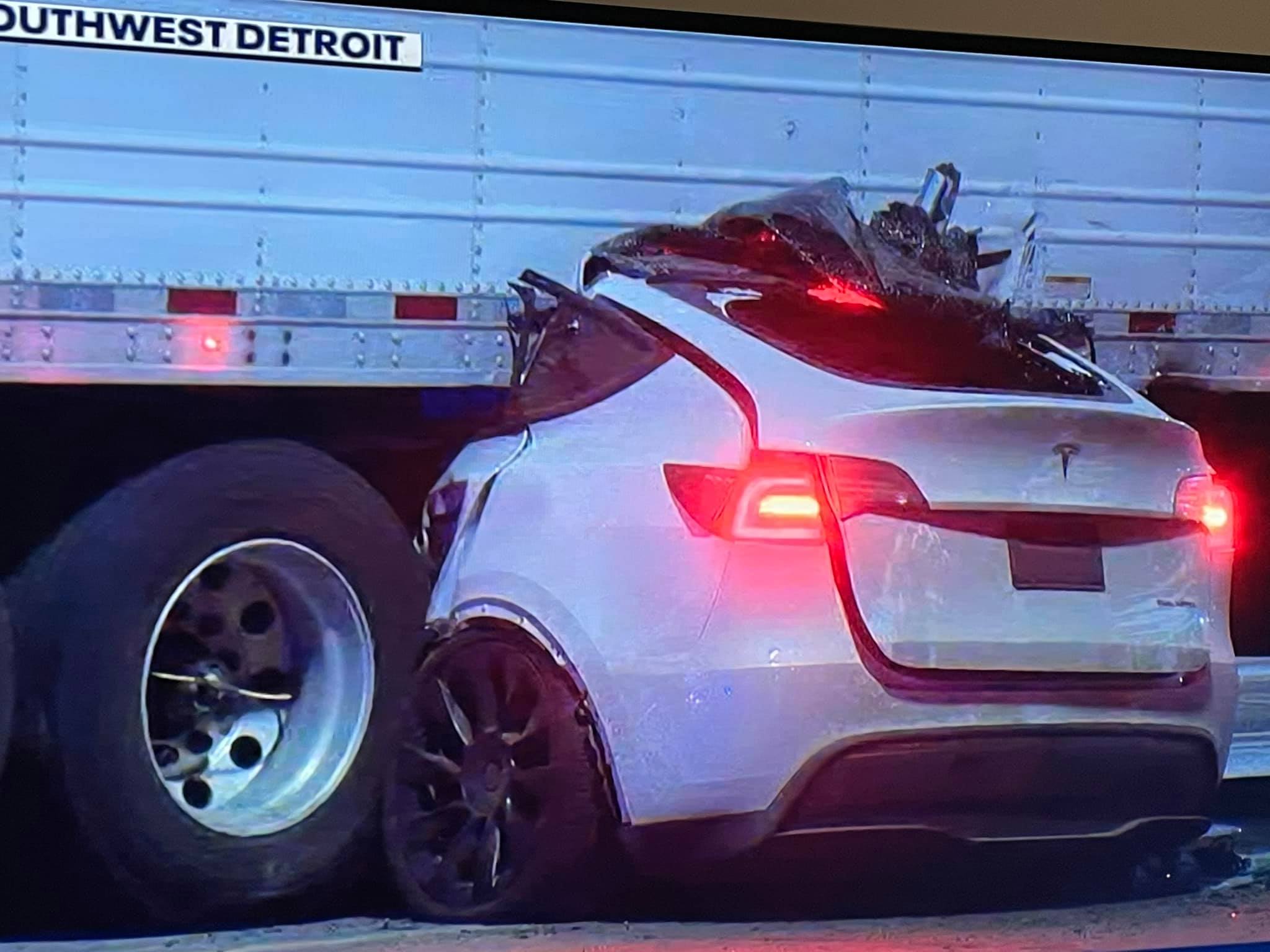 A violent Tesla crash that ended with a Model Y being wedged underneath a tractor trailer likely involved reckless driving and not the electric car maker’s Autopilot driver-assist system, according to Detroit police in a recent statement. The accident, which caught mainstream coverage, resulted in the Tesla’s passenger, 21-year-old Esmeralda Barco, being rushed to the hospital with critical injuries.

The Wayne County Prosecutor’s office has announced that charges are being filed against the Tesla driver, 22-year-old Jean Paul Guerrero. Guerrero is being charged with reckless driving causing serious injury, a felony, and driving with a suspended license, a misdemeanor.

While speaking with Local 4 News, Detroit Police Department (DPD) Assistant Chief David LeValley remarked that speed was definitely a factor in the incident. The assistant chief added that all signs at this point suggest that the Model Y was being driven manually when it crashed into the tractor trailer, and that Autopilot was not in any way involved.

“It appears that speed was a major factor in the collision. All the indications that we have at this point are that the vehicle was not in Autopilot mode, that the driver was in control of the vehicle at the time of the crash,” LeValley said.

While the assistant police chief’s statements and the Wayne County Prosecutor’s Office’s charges against the Model Y driver suggest that Autopilot is not related to the crash, investigators from the DPD will still be meeting with officials from the National Highway Traffic Safety Administration (NHTSA) about the incident later this week to look for more clues under the hood of the Tesla. Further analysis of the Model Y’s components is expected to shed more light and prove definitively if the Tesla was not in Autopilot when it met its unfortunate fate.

“Individuals from that agency along with the officer in charge of the case here in Detroit and the Michigan State police are gonna be removing a black box and an SD card from that Tesla. We believe that once we look at that black box and download that information along with the information that is on the SD card, we’ll be able to determine for sure whether or not the vehicle was in Autopilot mode or not,” the assistant chief said.