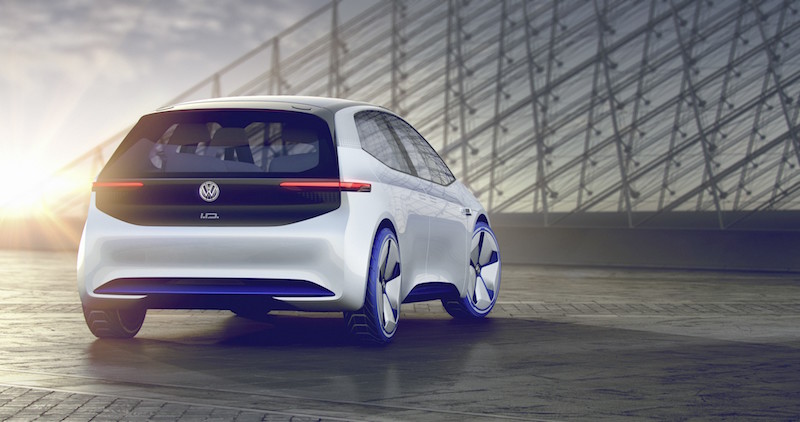 A Volkswagen executive made a big announcement at a German auto show: Volkswagen’s I.D. will be listed for $7,000 or $8,000 less than the Tesla Model 3.

The I.D., which most likely won’t be released until at least 2020, is Volkswagen’s new EV concept, a direct competitor of the Tesla Model 3. The news was originally reported by a German automotive website Automobil Produktion, and is in line with Volkswagen’s previous statements about leapfrogging Tesla in the EV industry.

Thomas Sedran, chief strategist for Volkswagen, made the announcement at the Automobil Forum in Munich and pegged the I.D. concept to be around $28,000. The Model 3 is slated to be released with a sticker price of $35,000, and the announcement by Volkswagen has certainly raised eyebrows in terms of cutting costs — particularly in battery production — to reach the price goal.

The company has already teased ideas on how it plans to roll out the vehicles. Volkswagen hopes to have five models in the I.D. family, with one Europe-only model and four others penetrating markets in China, the U.S. and Europe.

VW also claims the vehicle has a battery range of up to 370 miles, while the Model 3’s range would likely have 300-miles per single charge of range.

The German automaker is aiming to produce 1 million EVs by 2025, a goal Tesla is hoping to reach five years earlier.

The company has even gone as far to say that it can one-up Tesla regardless of the circumstance. Head of VW brand Herbert Deiss said Tesla “is a competitor we take seriously,” but then declared that “anything Tesla can do, we can surpass.”

All of this is tough talk from an auto manufacturer that has faced its fair share of vehicle roll backs in its diesel emissions misrepresentations. Despite Sedran’s and Deiss’s optimism, skeptics say Volkswagen’s goals, although attainable, seem to be big claims that may not be achieved until after Tesla has a serious hold on the EV market.

VW is joining the likes of Volvo in competing against Tesla to share a large portion of the EV market. As Tesla continues to ramp up production, big automotive companies continue to tease new models that could compete with the Model 3 in the long term.

If Model 3 production goals can be reached as expected, it may be too late for big automotive companies to get the slice of the market they seem to want.