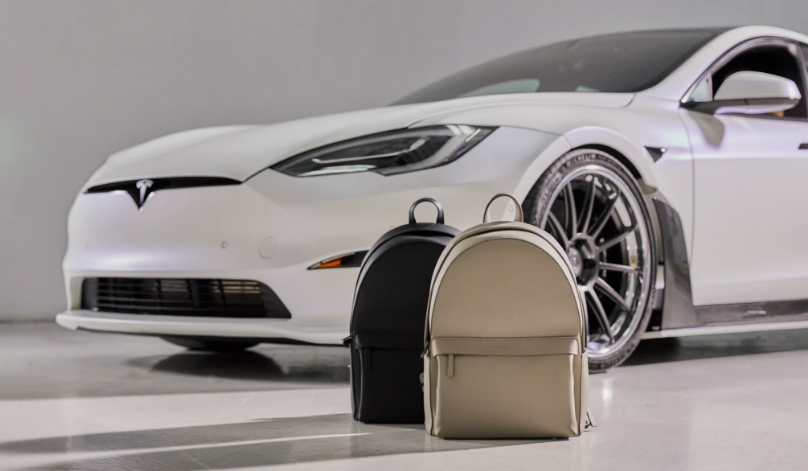 von Holzhausen has a conscious code set of standards that are focused on vegan and cruelty-free (100%) low carbon, non-toxic, ethically made, fair wages recycled or upcycled, giving back honest pricing, and designed to last. The company also listed some of the impacts its products have on the environment.

Some of these include decreased water pollution, protection from deforestation, and even decreased cancer risk. The latter is because they’ve banned lather-tanning practices that are known to be carcinogenic.

von Holzhausen is giving away one of its products, the Innovator’s Backpack which comes in either black or stone. The backpack sells for $395.

What’s really neat about this backpack is what it’s made from. von Holzhausen has a focus on plant-based leather which is really helpful to our planet.

Here is how each backpack compares to an animal-leather bag:

If you’d like to enter the giveaway, simply reply to Vicki’s tweet by tagging a friend who you would like to take on a road trip.

Win a backpack made for Tesla fans out of our plant-based leather! #Giveaway

Tag a friend you want to take on a road trip.
Like & retweet this post.https://t.co/ic8ADmcTWn

Vicki also added the rules in a follow-up tweet:

I am actually a fan of their products. In 2019, I bought one of their credit card holders and it even survived being washed and dried, although I realized it was in my pocket that was in the dryer. I managed to save it.

It kind of got melty but once it cooled off and stiffened up, it was usable again. Unfortunately in March, it was stolen, so I no longer have it. I’ll get another one eventually.

I also use their black and white placemat for some of my gem and jewelry photography.