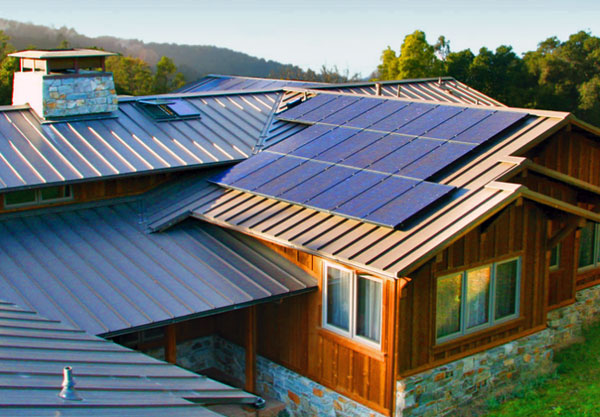 Since the proposed deal of Tesla to acquire SolarCity in a stock exchange with no cash involved was announced, a flurry of reports flooded the Internet, pretty much with many Wall Street reporters and pundits decrying the proposed deal as “crazy”, “not a no-brainer”, an “eclipse”, “plot of video game”, “sounds nuts”, but also with a few noting that Elon was “creating a clean energy empire” or “offering a one-stop shop.”

At the same time, the after-market reaction was swift: TSLA stock plunged 12% and SCTY stock rose 18%. This action was predictable. Since the Tesla – SolarCity deal is an exchange of stock, no cash deal, when adding about 12 million new shares, an 8% dilution of TSLA stock will occur.  This dilution covers the majority of TSLA stock drop. Another negative factor is going from $2 billion of TSLA cash flow losses to $4.8 billion of cash flow losses of the combined companies, an increase of over 130%. Thirdly, TSLA debt will double after the deal. So a 12% drop should not leave anyone surprised.

Similarly, the assured “premium of approximately 21% to 30% over the closing price of SolarCity’s shares,” as stated in the letter to Lyndon Rive, pretty much matches the 29 percent rise of SCTY in extended trading, also matching SolarCity’s average 12-month price target of  $29.82 among analysts surveyed by Bloomberg. So the stock action of both TSLA and SCTY was completely predictable.

Looking at the reporters / pundits comments, Bloomberg was the outlet with the most reports, 4 in all.

Tom Randell of Bloomberg reported in “Musk Buys Musk: Tesla’s SolarCity Deal by the Numbers”, that “ either Musk is bailing out a beleaguered company that’s run by his cousin, Lyndon Rive, or he’s consolidating a clean-energy empire at rock-bottom prices. Or both.”

Tom is one of the most bullish on the deal, saying that “It allows Musk to integrate the three-legged stool of clean energy in a way the world has never seen: electric cars, solar power, and grid battery storage all in one place. If so inclined, you could provide for all of your energy needs without ever leaving the Tesla family.”

Chris Martin of Bloomberg reported in “In SolarCity Bid, Tesla’s Musk Targets Customer Who Wants It All” that “Tesla Motors Inc.’s offer to buy SolarCity Corp. would combine two already deeply linked companies to offer clean energy enthusiasts a one-stop shop” and  that “the challenge I see around this for both companies is that they’re kind of strapped for cash,” quoting Hugh Bromley, an analyst for Bloomberg New Energy Finance in New York. “They both need cash injections to fuel their growth.”

Dana Hull of Bloomberg reported in “Tesla Takeover of SolarCity Not a ‘No-Brainer’ for Investors” that “Oppenheimer & Co. analysts including Colin Rusch downgraded Tesla to perform from outperform in a research note published late Tuesday, saying they expect “a robust shareholder fight over this acquisition centered on corporate governance” and that “Credit Suisse Group AG analysts including Patrick Jobin said in a separate note that they expect “resistance from Tesla shareholders” and warned of “many corporate governance challenges.”

Lastly Liam Denning of Bloomberg reported in  “Tesla’s SolarCity Eclipse” that “the timing is odd, to say the least. Tesla’s all-stock offer is pitched as providing SolarCity’s investors with a premium of 21 to 30 percent, based on a proposed valuation band that’s subject to completing due diligence (itself an unusual proposal)” and “Tesla is jumping in as SolarCity’s entire business model is being openly questioned amid rapid cash burn and stubbornly high overheads.”

Ominously he also reported that “Tuesday evening, not long after news of the offer broke, Tesla’s valuation had dropped by $3.8 billion in after-hours trading — 1.8 times the entire market capitalization of SolarCity before the announcement. Awkward, much?”

Ary Levi of CNBC reported in “Elon buying Elon: Sounds a lot like the plot of a video game”  that this was “potential deal in which one of the country’s best-known tech billionaires will effectively transfer cash from one of his pockets to another – sounds nuts.” and joked about that “even if we all exist in a simulation, as Musk suggested at the Code Conference this month, he still has to obey securities laws.”

Christine Wang of CNBC reported in “Bid for SolarCity may mean Elon Musk doesn’t see Tesla as an auto company” quoting trader Karen Finerman saying that “Tesla’s offer, valued up to $28.50 per share, doesn’t seem like a gigantic price for a company that was trading significantly higher not that long ago.”

Charley Grant and Spencer Jakab of The Wall Street Journal reported in “Tesla Buying SolarCity: This Deal Defies Common Sense” that “just a day after Tesla boss Elon Musk made the odd boast that one of its cars “floats well enough to turn into a boat,” he did something even odder. Tesla’s bid for solar panel installation firm SolarCity on Tuesday afternoon is the sort of move that, even for the most Panglossian Silicon Valley investor, stretches the bounds of industrial logic” and that “as Mr. Musk warned about his amphibious wonder car, such harebrained schemes can only float “for short periods of time.”

Mike Ramsey, Lynn Cook and Mike Spector of The Wall Street Journal reported in “Tesla Offers to Acquire SolarCity”, quoting Elon saying that “the acquisition aims to create a company employing nearly 30,000 people with all products renamed “Tesla” that will package electric cars, batteries and solar panels for customers.” They also warned that “it would also add to the growing complexity and vertical integration of Tesla and add an unprofitable operation to its already-strained finances.”

Nichola Groom and Paul Lienert of Reuters reported in “Tesla offers $2.8 billion for SolarCity in ‘no brainer’ deal for Musk”, quoting Elon saying that  that “instead of making three trips to a house to put in a car charger and solar panels and battery pack, you can integrate that into a single visit. It’s an obvious thing to do.” But they noticed that “Tesla investors punished the company’s shares, however.”