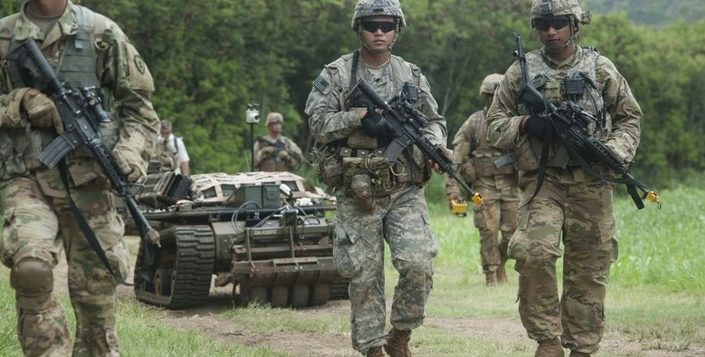 A senior official from the Pentagon recently stated that artificial intelligence would likely be a valuable asset in the future of warfare. The Department of Defense official issued his bold statement at the New America Future of War Conference.

According to a report from Defense.gov, undersecretary of defense for research and engineering Michael D. Griffin noted that while conventional warfare is still an integral part of national security, the United States would be wise to explore emerging technologies such as artificial intelligence to ensure the country’s safety.

“We can’t lose sight of the fact that there are many dimensions of national security. We have to add a new one without losing any others. This is a discipline that we have to add on,” said Griffin.

Griffin also urged the United States to be competitive in the AI field. According to the senior Pentagon official, cyber attacks and AI-driven threats would likely emerge from countries that are aiming to conquer their adversaries. In this light, Griffin noted that the United States would be wise to stay ahead of its rivals, especially at this point when AI technologies are still in their infancy.

“We don’t have a mature adult in front of us in [artificial intelligence]; we have an infant. But we can conclude that there might be some real advantages, and we can’t let others be the only one to mine those advantages,” the senior Pentagon official said.

The development of AI-powered weapons is already starting in other countries. Just recently, South Korea’s KAIST University — a school that won DARPA’s $2-million Robotics Challenge in 2015 — faced a stern ban from the AI community due to the school’s ongoing project with Hanhwa Systems, a known weapons developer in the Asian country.

Under the collaboration, 25 of KAIST’s researchers will be working with Hanhwa in developing AI weapons that would be capable of search and destroy missions without human control. According to a report from The Korea Times, some of the weapons being developed by KAIST and Hanhwa are AI-powered missiles and intelligent quadcopters.

The boycott, which was signed by 50 of the world’s most prominent voices in artificial intelligence, states that all contact and collaboration with KAIST would be forbidden; at least until the South Korean university can assure that the weapons it will develop with Hanhwa would have a form of “meaningful human control.”

Considering that AI is now being explored as a means to advance weaponry and warfare, it appears that the reservations of Tesla CEO Elon Musk are well-founded. Musk has been a known proponent of safe AI, with the serial tech entrepreneur stating that unregulated artificial intelligence might trigger the next global conflict. Just this past weekend, Musk sponsored the free streaming of filmmaker Chris Paine’s newest documentary, Do You Trust This Computer? In a tweet promoting the film, Musk stated that “nothing will affect the future of humanity more than digital super-intelligence.”