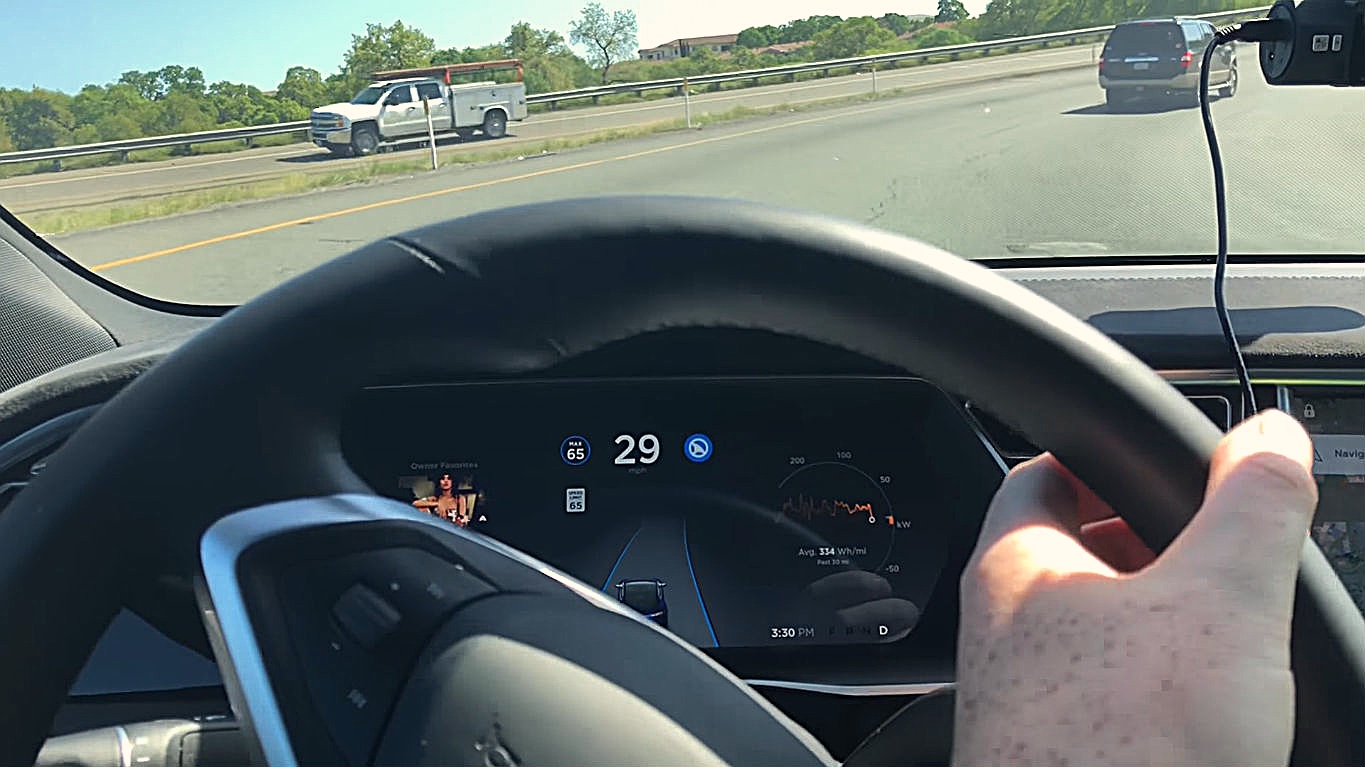 A Model S running Tesla’s newest Autopilot update (v8.1 2018.12) successfully managed to drive over a tough curve on an inconsistently-marked road without disengaging.

The video of the feat was recently uploaded to YouTube by My Tesla Adventure. According to the Model S owner, previous versions of the advanced driver-assist feature have always disengaged whenever he attempted to make the turn in the clip, primarily due to the few and inconsistent lane markings on the road. With Tesla’s latest Autopilot update, however, this was not the case anymore.

The YouTuber kept his hand on the wheel as the car tackled the curve, just in case the driver-assist feature disengaged. While My Tesla Adventure noted that the steering wheel got a little jerky when the lanes became barely visible, Autopilot nevertheless stayed on. The car also adjusted its speed accordingly, keeping a steady 25-30 mph before accelerating promptly at the end of the curve.

As noted by the YouTuber in the comments section of his video, the vast improvement in Autopilot’s capabilities seems to be caused by Tesla’s neural net, which enables its fleet of vehicles to learn from other cars on the road. In a statement to Teslarati, My Tesla Adventure noted that the latest updates suggest that the company’s neural net is steadily advancing forward.

Tesla’s Autopilot has been exhibiting vast improvements since the release of v8.1 (2018.10.4). Just recently, we reported on a Model S tackling one of Vienna’s “crappiest” roads on Autopilot. During that particular drive, Tesla’s Autopilot had to contend with old, narrow, cobblestoned streets that were full of bends and changes in elevation. Despite the road’s challenging conditions, however, the Model S’ Autopilot system was able to handle the drive without a single disengagement.

The improvements in Autopilot have been a long time coming. When Tesla released its Q4 2017 update letter, the Elon Musk-led company stated that a revamp of its AP2.0 software had been completed. References to the work being done on Tesla’s AI and neural net were also mentioned in one of the company’s letters to shareholders last year. The Autopilot overhaul was ultimately confirmed by Tesla’s AI Director Andrej Karpathy, who thanked the Tesla community on Twitter. In his tweet, Karpathy stated that the current version (then 2018.10.4) was the result of a “fairly extensive rewrite.”

Watch My Tesla Adventure’s Model S tackle an AP-stopping curve on Autopilot in the video below.