Automobili Pininfarina, the Munich-based carmaker with deep roots in both the luxury market and Formula E recently teased its upcoming electric hypercar, code-named PF0 (Pininfarina Zero), set to debut in August at the exclusive Pebble Beach Concours in Monterey, California.

Its sister company Pininfarina is the legendary design house responsible for revered supercars like the Ferrari Testarossa, GT 250, and Enzo. In fact, the only street legal Ferrari’s not designed by them are the 1973 Dino 308 GT4 and 2013’s LaFerrari.   They’ve also designed cars for Fiat, Alfa Romeo, BMW, Maserati, among others, and manufactured cars for GM, Mitsubishi, and Volvo. Another fun fact -Pininfarina had their own full-sized wind tunnel in 1972, eight years before GM had one.

The venture into manufacturing their own car is a sort of rebirth for Pininfarina. The company had fallen on hard times with debt restructuring in the late 2000’s and reductions in their workforce. Then in 2015 Mahindra & Mahindra stepped in to purchase a majority holding. If you aren’t familiar with M&M, they are manufacturer based out of India and one of the founding ten members of Formula E. They are India’s leading electric vehicle manufacturer. 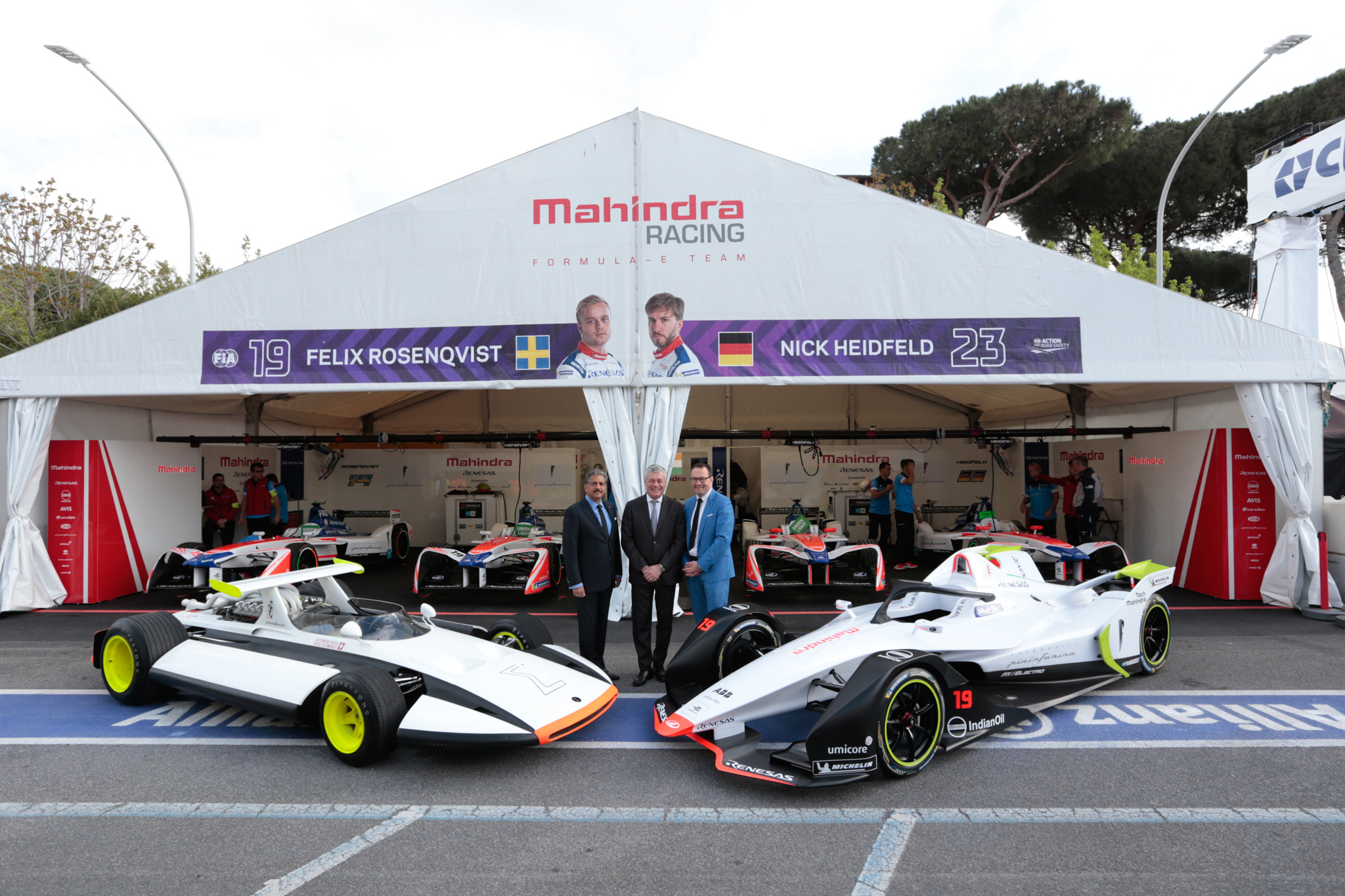 I spoke with Automobili Pininfarina’s CEO Michael Perschke, Chief Brand Officer Dan Connell, and Design Director Luca Borgogno from their July 12th North American brand launch event in New York.  My first question was why they chose to go fully electric, with so many established luxury automakers tepidly looking to hybrids for their first venture into electrification.

Michael was quick to give credit to Tesla and Elon Musk. “We wouldn’t be sitting here today if Elon hadn’t started the electric vehicle movement”. He said that to put both technologies on board means you are not committed to either and you don’t start designing a brand new high tech hypercar based on technology that’s over 100 years old. “You don’t want to get stuck with combustion engines,” he said. “The point of no return has been crossed, combustion engines are aging. They can be further improved but they are not a leapfrog technology”.  These comments are important to take note of, as someone who has spent his career with companies like Audi and Mercedes, Mr. Perschke’s views on where the industry needs to go are telling.

Manufacturers and the oil industry often claim higher efficiencies are possible with combustion, but to achieve that requires greater complexity and expense, with depreciating returns – all while electric vehicles are making a big gain in performance and cost.

“If you want a brand that’s relevant in 2050, you don’t start with a drivetrain that’s been used since 1890” – Michael Perschke, Automobili Pininfarina. 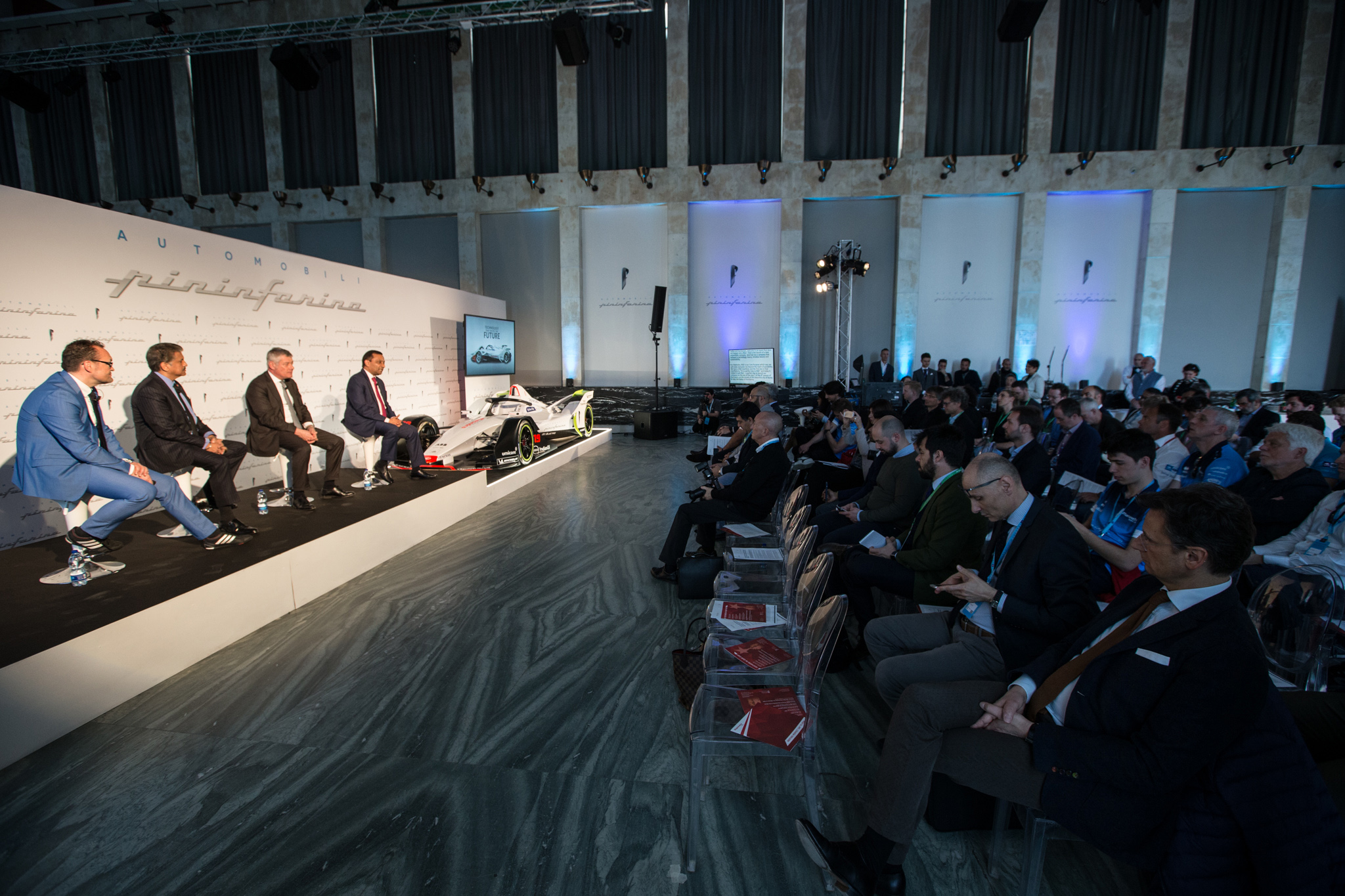 The car industry has seen several EV startups, with bold claims, but I think this one is legit.  They have the right mix of experience, innovation, talent, and financial support.  They are certainly targeting some impressive performance figures:

You’ll notice that both the timing and the performance figures are conspicuously similar to Tesla’s coming Roadster, but any speculation of competition with Tesla was quickly shot down. “We are complimenting the offering that Elon has launched…. with a focus more on the European supercar design styling heritage”. On the raw specifications, this vehicle seems an obviously competitor but that’s oversimplifying the market. With a reported price tag exceeding $2 million dollars, they are obviously targeting a different segment of the market – it’s a European hypercar after all. And while that may seem to limit its direct impact, I’m excited to see what it can do and how it will influence the performance luxury vehicle segment. As Elon has noted, we still need to fully remove the “performance halo” surrounding high-end combustion cars. That’s Tesla’s goal with the new Roadster and I hope Automobili Pininfarina can help do that for Italian supercars as well.  How many posters and computer desktop backgrounds still depict gas burning supercars?  It’s time they were replaced.

Luca Borgogno, their design director, shared some of his insights into the design with me.

“We have two key words,” he said “purity and beauty”. He said it was important that all design elements serve a purpose, that form and function must be joined together for a purity of design. Their intent is for the PFO to convey both the legacy of European sports cars and link it to the modern technology that’s behind it.

For the exterior, he said, low drag was obviously important for a vehicle capable of going over 250mph. Keeping the middle of the car as a clean, unobstructed line improves the aerodynamics he said. To do this the rear of the vehicle will have a split rear wing, with each side capable of individually articulating for improved downforce and even provide for air braking. It certainly has a sleek looking profile.

They aren’t releasing any images of the interior yet but he says it again follows the same purity ethos, with clean simplicity and a high degree of seamless digitization.  It seems this is a new approach Tesla has pioneered. To add beauty to the interior through simplification. I’m certainly supportive, the interior of my Model 3 is beautiful and immediately relaxing. Automobili Pininfarina seems to be embracing the idea as well.

Luca also noted that purity wasn’t just about interior design but also in the materials they use. That means using as much sustainable and natural materials as possible.

It became apparent that they were designing this car, not just because they loved cars, but because they see where society is going and that we need a more sustainable approach. “Sustainability should not be a buzzword,” Michael said. “For us, it will be the full 360 degree approach. It starts at the tailpipe… but we must also look at the manufacturing, the battery second life, and using renewable energy”. They are currently working on their roadmap to full sustainability and will have explicit targets for it, with more information coming this fall.  They complimented Tesla as leaders in this area as well, including their solar installation at the Gigafactory.

The technology to make this car possible seems to be right around the corner. Tesla already has their prototype driving around and reportedly “breaking the laws of physics”. If Automobili Pininfarina can integrate some of their parent companies Formula E tech, then there’s no reason to think this car won’t meet their goals. They are producing the car in small volumes, so mass production “hell” isn’t a concern, but they did note more vehicle models will come, specifically that SUVs are in their future. Is this the start of a new all-electric luxury brand in Europe?  One can hope.

It seems they have the right mix to be successful and I hope we see them soon.

At the end of the interview, I asked them if they drive electric cars or which ones they particularly enjoy. Michael quickly noted test driving the Tesla P100D with ludicrous mode was his favorite so far and that’s probably the one he’s going to buy. He also said he’d look at the Volvo XC90 plug-in hybrid as a family car. A Ferrari, he said, would also likely be needed – although I assume that’s at least until their PF0 is available.