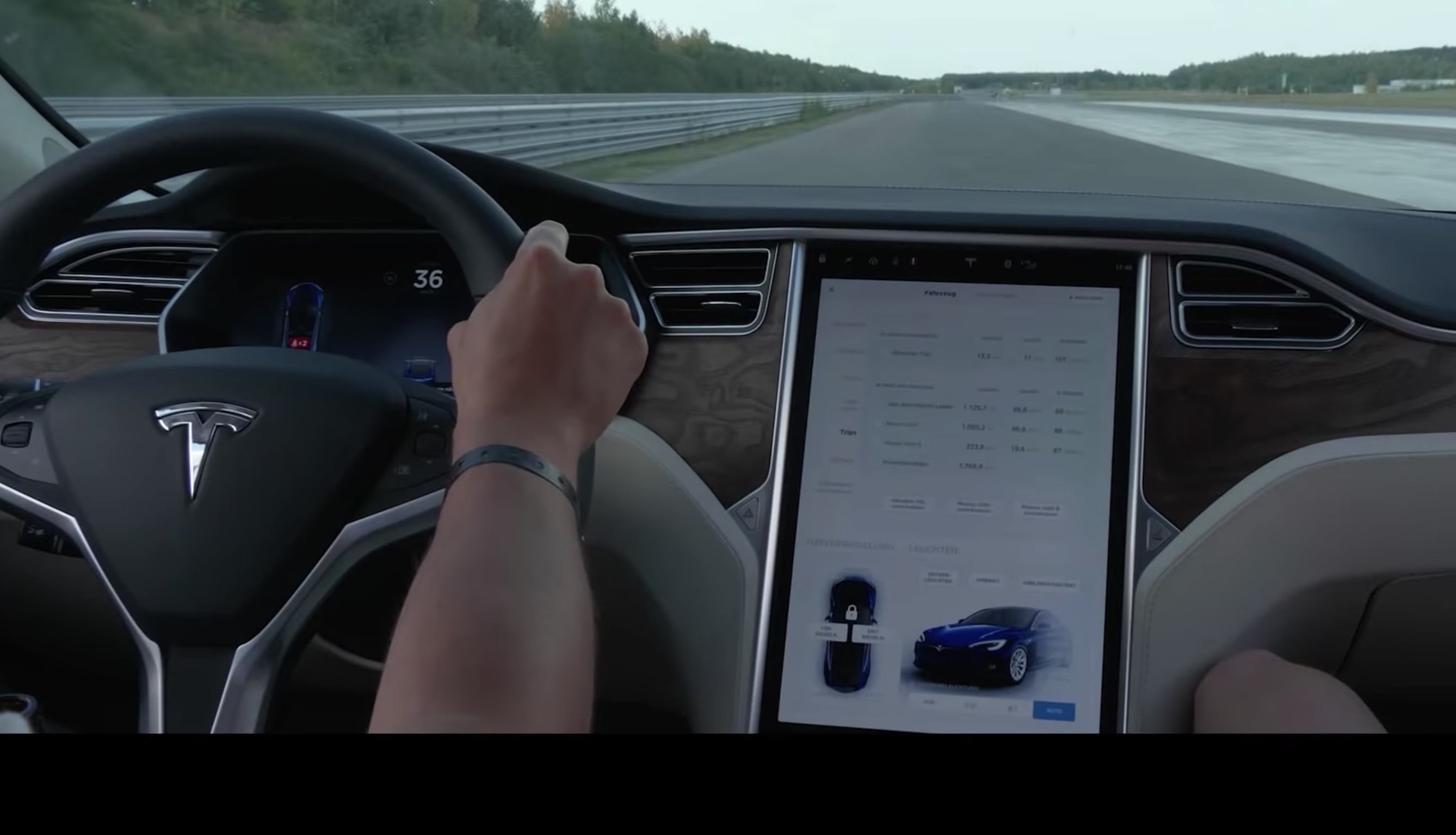 German car rental company nextmove recently set a new hypermile record for the Tesla Model S, traveling a total of 701 miles (1,128 kilometers) on a single charge over more than 30 straight hours of driving at the DEKRA test circuit at Lausitzring in Brandenburg, Germany.

Being a car rental company, nextmove was quite familiar with Tesla’s electric cars. The company selected the Model S 100D as its car of choice for its hypermile attempt, and as could be seen in the video, a set of classic Aero Wheels for the full-sized all-electric sedan was also fitted on the vehicle. In a way, selecting the Model S 100D for the task is strategic, considering that the variant of the electric car has the highest EPA rating among Tesla’s offerings at 335 miles (539.1 km) per charge. In comparison, the EPA has a rating of 315 miles for the Model S 100D’s faster sibling and world’s quickest production car – the P100D.

The nextmove team was deliberate in its hypermile attempt to overtake the previous hypermile record set by another Model S 100D after it drove 670 miles (1,077 km) on a single charge. Last year’s feat, which was accomplished by Tesla Owners Italia, ultimately confirmed Elon Musk’s statement on Twitter that with the right tires, the Model S should be able to travel 1000 km in one charge. During its run, Tesla Owners Italia’s Model S 100D maintained an average of 91 Wh/km. On the latter parts of the journey, however, the electric car became even more efficient, hitting 88 Wh/km during the final 77 km of driving.

During nextmove’s recent attempt, the team immediately went for an average of 88 Wh/km, traveling at a constant speed of 38 kph (23.6 mph). According to nextmove Managing Director Stefan Moeller, the company’s car rental activities ultimately became practice for its record-setting hypermile run.

“As an electric car rental, we know many models very well from everyday practice. So we had a good sense of how long we could delay the ride in the end, without lying down. We managed to drive the Model S completely empty and come to a stop in the base camp directly at a loading facility,” he said.

The feat, however, did not come without challenges or discomforts. The hypermile attempt lasted a total of 31 hours, and to save on battery life, the vehicle’s windows were mostly closed and opened only for ventilation. No air conditioning was used, and the Model S 100D’s radio was not turned on as well. Autopilot was briefly used during the run, though nextmove stated that most of the steering was done by its drivers. Cruise control was utilized to control the vehicle’s speed to just 38 kph. By the time the drive was completed, the Model S 100D had traveled 1,128 kilometers (701 miles), with an average efficiency of 89 Wh/km.

The quality of its battery packs and its vehicle’s range are among Tesla’s main strengths. Apart from the Model S, the nextmove team also set another record for the Model 3, traveling 623 miles (1,001 km) in a single charge. Unlike the Model S, however, the Model 3 accomplished its feat entirely on Autopilot, with a dummy on the driver’s seat simulating a driver.

While hypermiling does not really depict real-world driving scenarios, it is still quite impressive to see how far electric cars could travel when their efficiency and battery life are pushed to the limit. Earlier this year, two Tesla owners, Denver Tesla Club president Sean Mitchell and Erik Strait, a fellow Tesla owner and host to a popular YouTube channel, managed to squeeze as much as 606.2 miles (975.58 km) from a Model 3. Unlike nextmove, which did its hypermile run on a closed circuit, the two Tesla enthusiasts conducted their drive on public roads, simulating a more realistic driving scenario.

Watch nextmove’s record-setting hypermile run on the Tesla Model S 100D in the video below.