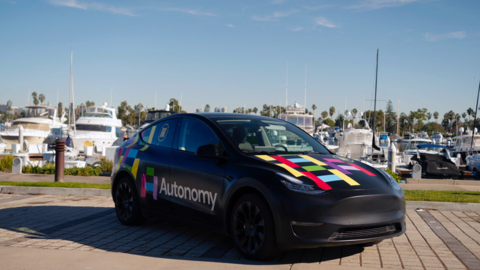 Autonomy debuted its electric vehicle subscription service in Austin, Texas, following its successful launch in California earlier in 2022 and its recent expansion into Florida and Washington. Following California and Florida, Texas is ranked third in EV registrations.

With almost 30,000 new EVs on the road between 2020 and 2021, Autonomy noted that the growth and natural demand makes Texas, “a compelling state for Autonomy to expand operations into.”

Scott Painter, founder, and CEO of Autonomy, gave a press statement emphasizing the growth of EVs in Texas.

“The EV adoption rate in Texas signals to us that there’s even more demand for EVs and more of a need for alternative ways to access one,”  he said. “Today, Texas has more than 156,000 EVs on the road, with 22,122 in Travis County alone — the highest-ranking EV county in Texas. These numbers are encouraging, and we’re excited for Autonomy service to help boost EV adoption in the second-most-populous state in the country and increase EV adoption statewide.”

Austin has over 1,300 public EV chargers, with more than 500 new ones added within the last 90 days. Autonomy highlighted the city’s unique Austin Energy Plug-in EVerywhere network subscription plan that offers unlimited charging for $4.17 per month at any of its over 1,000 level 2 charging stations.

During a call with Teslarati on Wednesday, Scott Painter shared the types of EVs it will offer in Austin, along with a few additional details.

“Our fleet is predominantly Tesla Model 3s, and we have a couple of Modely Ys. Right now, we’ve got just under 2,000 cars in total in the fleet, and I think it’s about 100 Model Ys.”

“In the first quarter, we’re going to be adding VinFast, as well as Mercedes and Polestar. Those three brands are going to become part of the lineup in all of our markets.”

Scott added that he and the team at Autonomy were excited about Austin, specifically.

“Austin has a much bigger rate of EV registration rateably than everywhere else in Texas. Everywhere else in the country is sort of at about one or two percent that people are getting EVs. In Austin, it’s almost 10%.”

He added that it’s about 20% in California, but Austin and Miami are the top two cities in terms of EV registrations as a rateable number relative to non-electric vehicles.

We asked if Tesla’s move to Austin played any role in Autonomy’s decision to launch in Austin. Scott pointed out that although it did not, Tesla’s move probably played a key role in Austin’s EV registrations going up.

“Our decision was purely based on the evidence of EV registrations. I’m sure that EV registrations in Austin were influenced by Tesla’s decision to headquarter there. I think Austin feels like it owns Elon now, so, people who live in Austin feel like they should be driving the local car,” he said.

“But we’re simply making decisions based on really rational evidence that says this is the time to go to Austin.”

Scott emphasized the affordability of driving an EV versus a traditional internal combustion engine vehicle.

“I think that we could have never anticipated the kind of tailwinds that we’re seeing right now for going electric. Certainly, when gas prices go above four or five dollars a gallon, it’s undeniable. You should be driving an electric car.”

Scott noted that one could drive the same amount of miles for around one-eighth the price.

“The average American currently still gets 20 miles to the gallon and drives 1,000 miles per month. That means they’re putting $4,000+ per year into their car versus $800 per year for the same miles even in a state like California where we pay almost 20 cents a kWh for electricity.”

He also pointed out that Autonomy fills in the gaps where the cost of buying a new car, especially an EV, is becoming “unreachable” for many Americans. He also noted that many people are holding off on buying an EV because of the Inflation Reduction Act and tax credits.

Scott explained that as a fleet operator, Autonomy qualifies for all of it and is able to pass along those savings.