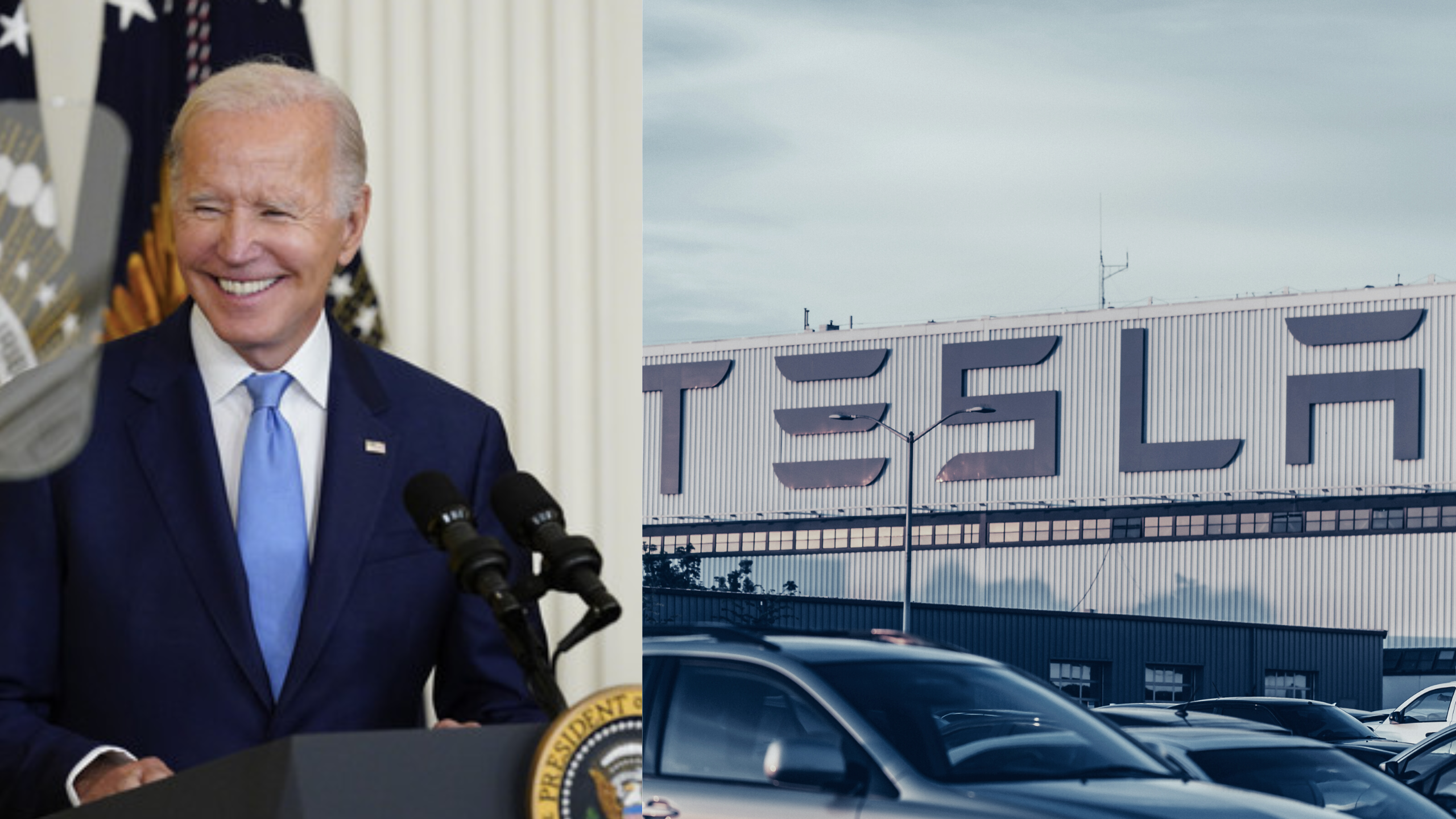 President Biden openly took credit for EV sales tripling under his leadership today on Twitter while ignoring Tesla’s contributions. “Since I took office, electric vehicle sales have tripled,” he said, adding that every EV sold is a win against climate change.

Although he may actually be in office while Tesla is leading in EV sales, the U.S. president has continuously shunned Tesla, which is responsible for the majority of those sales he’s taking credit for.

Since I took office, electric vehicle sales have tripled.

Every electric vehicle sold is a win against climate change.

In the first quarter of 2022, Tesla sales accounted for 75% of all EV sales in the U.S. with 68% being made up of Tesla’s Model 3 and Y vehicles. In a TrueCar analysis last month, it was found that Tesla sales were estimated to have grown by 105% year-over-year in the U.S. The analysis also noted that Tesla’s market share is estimated at 4.1% overall or 4.4% retail meaning Tesla nearly doubled its market share compared with the same time last year.

Under the leadership of Elon Musk, Tesla has made a name for itself, for EVs, and transformed from a mere automaker into one of the top technology companies Americans want to work for. Tesla has also been well established since before President Biden took office. Yet, the gaslighting is still continuing.

Yesterday, The White House stated that under President Biden, EV sales in the U.S. have tripled. In its post, there was nothing about the American company that is the sole reason for those sales tripling. And today he outright took credit for Tesla’s hard work.

In my opinion, I think it’s shady for the president to ignore Tesla’s contributions. It hurts the American workers who are the real reason those sales have tripled.

President Biden didn’t go out there and make EVs popular. That was Elon Musk and Tesla whose products forced other automakers to either follow the lead or miss out.