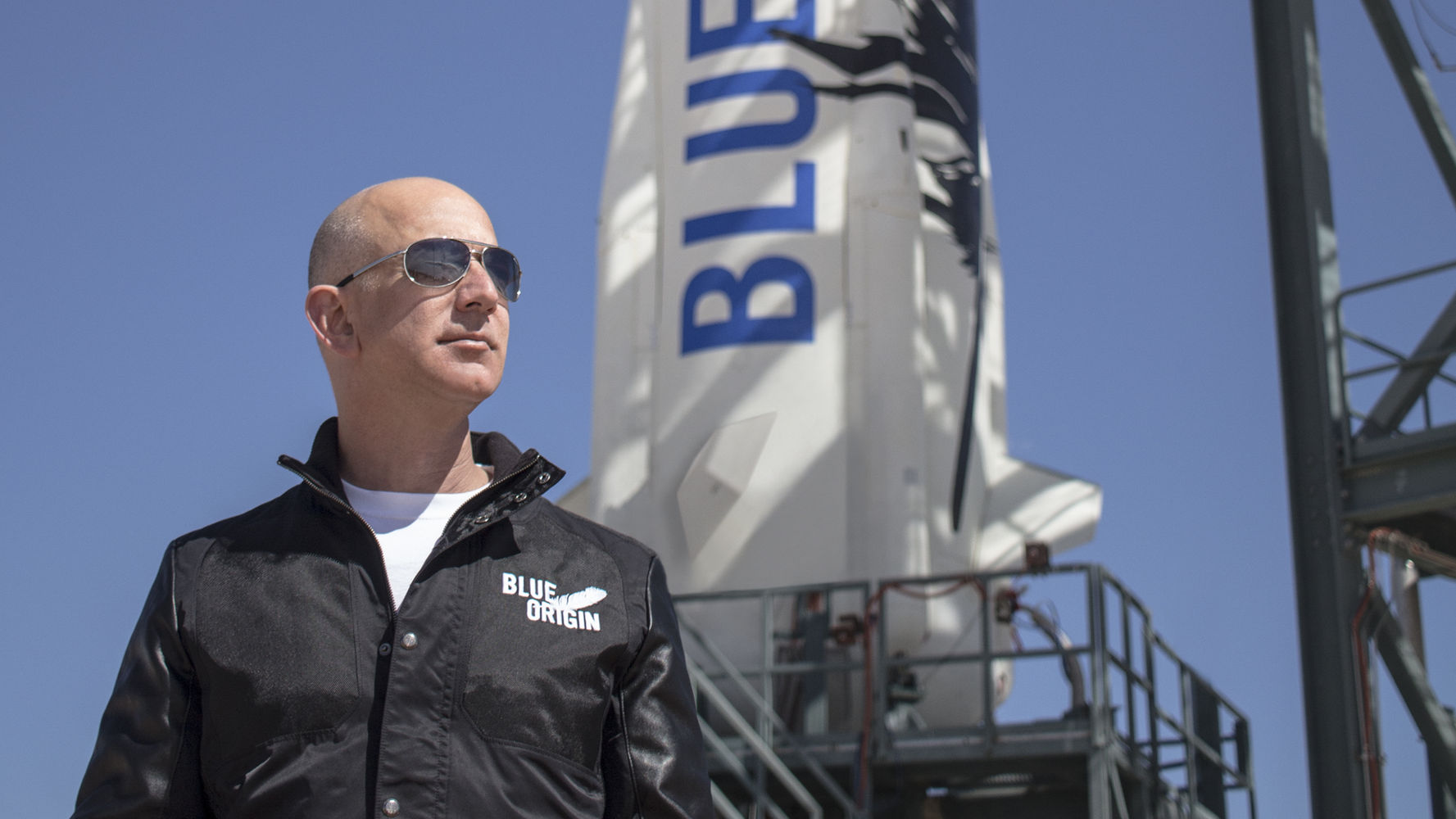 On February 27, SpaceX announced that two private citizens had contracted to fly around the moon and back. Recognizing important contributions to the SpaceX program from NASA’s Commercial Crew Program, which provided most of the funding for Dragon 2 development, the SpaceX blog post proudly referred to its upcoming Falcon Heavy rocket, which was developed with internal funding.

“Like the Apollo astronauts before them, these individuals will travel into space carrying the hopes and dreams of all humankind, driven by the universal human spirit of exploration.”

Now, not to be outdone, Amazon CEO Jeff Bezos is ready to compete with SpaceX CEO Elon Musk head-to-head with his Blue Origin space company. Blue Origin has accumulated a successful record of space launches over the past year, and has set forth goals to one day carry tourists into space and around the moon.

For most of the 20th century, countries with major economies competed for the most prominent space missions. No longer is that the case. NASA’s $19 billion dollar budget is simply not large enough to accommodate both commercially-driven and traditional visions for the agency.  So, more than four decades after the last human walked on the moon, two of the largest technology innovators in the world are trying to take advantage of NASA’s recapitulation to lunar conquests.

According to a seven-page white paper that the Washington Post has obtained and verified for authenticity, Blue Origin’s proposal, dated January 4, is focused on cargo missions, not human transport. Those missions would build from equipment delivery to eventually establishing a human colony on the moon. This is different than the Apollo missions, which are remembered for astronauts who left “flags and footprints,” found some famous rocks, and then returned home.

The Blue Origin white paper should be in the hands of NASA and the Trump administration within a matter of days. “What it really wants to do is to land this lunar module to be able to bring this cargo, supplies, equipment, science experiments,” says the Washington Post’s Christian Davenport.

Blue Origin aims to undercut SpaceX, which has received much acclaim with Falcon 9 rockets that have been recovered for re-use.

With $100 million of his early fortune, Musk founded Space Exploration Technologies, or SpaceX, in May, 2002. SpaceX has already successfully launched 29 Falcon 9 rockets, with the moon as an upcoming destination. The two private citizens who will ride in a lunar capsule as early as next year will “skim the surface of the moon, go quite a bit further out into deep space and then loop back to Earth,” Musk described.

Other companies also seem to be trying to get into the moon game. Moon Express, a startup company based in Cape Canaveral, also obtained permission from the U.S. government to travel to the moon and explore for resources. So, too, has the United Launch Alliance, a collaborative endeavor of Boeing and Lockheed Martin; their plans involve a transportation network to the area around the moon, called cislunar space.

The high-stakes competition between Musk and Bezos is part of a larger set of high-tech innovation through a self-sustaining economy in space. “Our vision is millions of people living and working in space,” Bezos says.

Those goals are mostly supported by President Trump, who seems to prefer space missions to the moon over outer space.