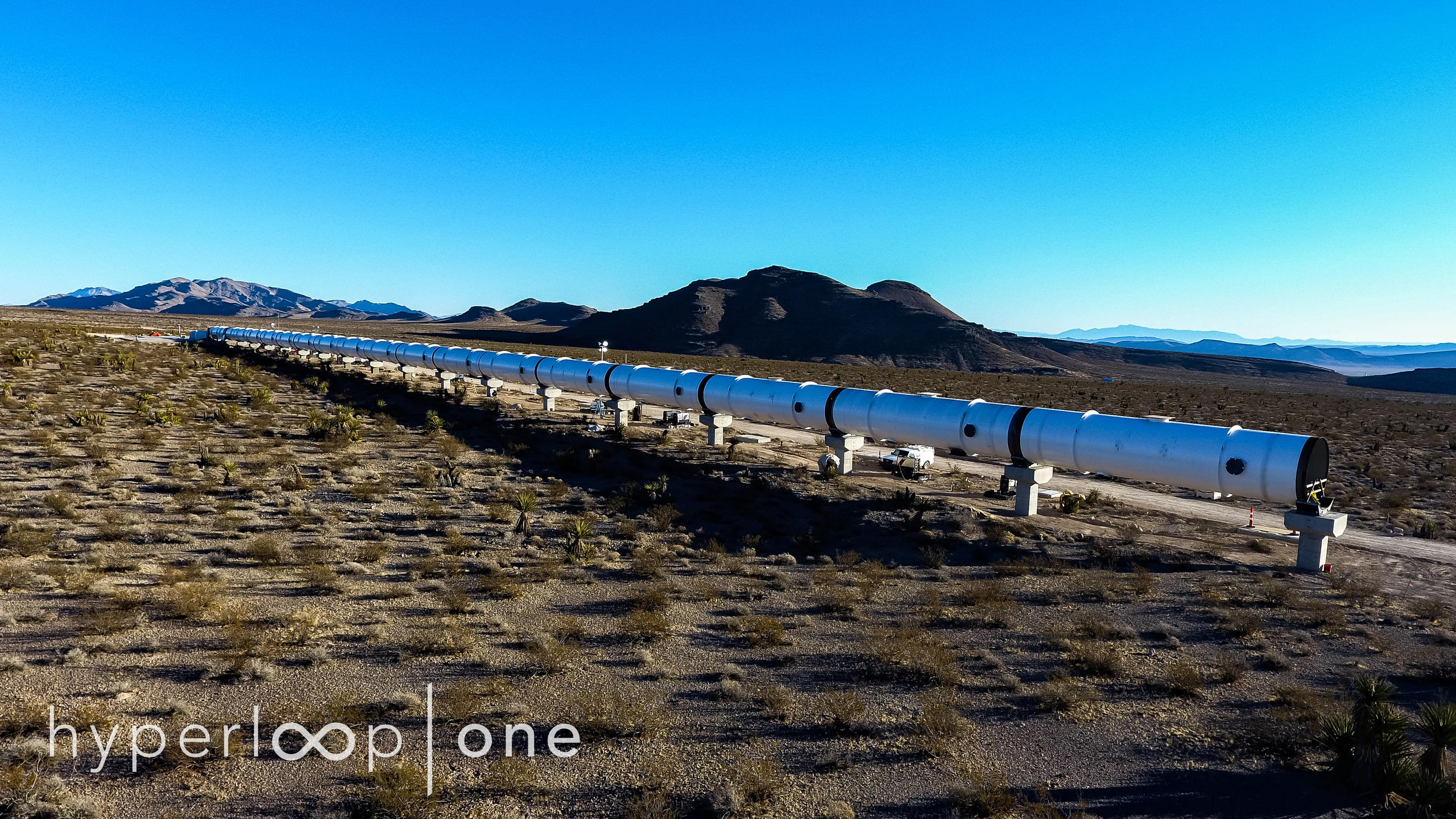 Hyperloop One has released photos of its test track outside Las Vegas in the Nevada desert. The track, nicknamed DevLoop, is 500 meters long and 3.3 meters in diameter. The company says the photos prove that is “well-positioned to deliver the first working Hyperloop.” Public demonstration runs are scheduled to take place later this year. 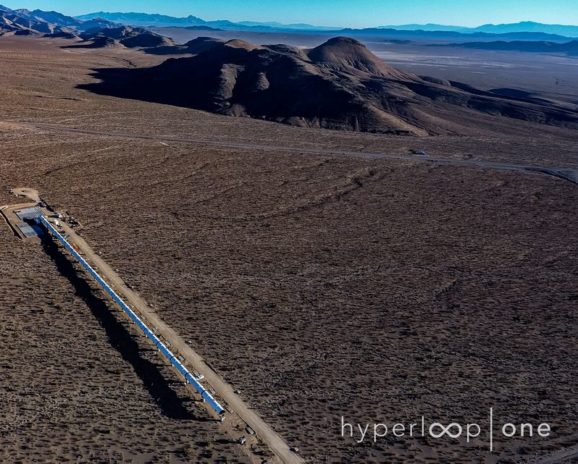 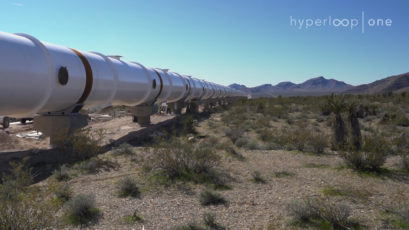 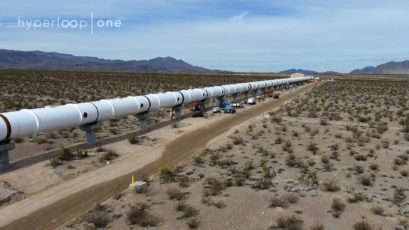 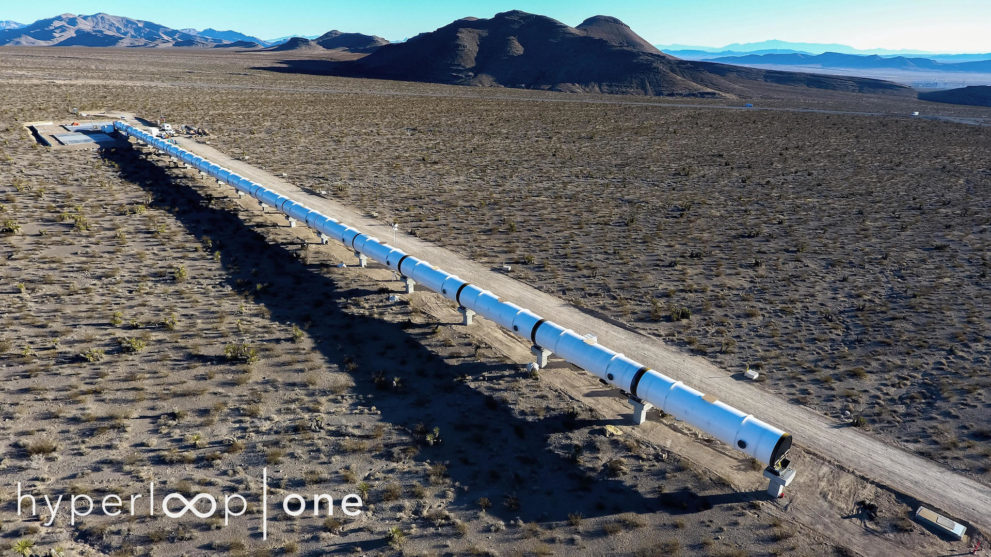 Hyperloop One is in advanced talks with the United Arab Emirates to create a high speed link between Abu Dhabi and Dubai. The two principal Emirates cities lie almost 100 miles apart with little but desert in between.

The Emirates project involves Bjarke Ingels Group, which focuses on technically demanding and experimental projects worldwide. Its initials — BIG — stand for both its name and its intentions. Jakob Lange, a director of BIG, has said his company has everything it needs to begin the project.

“We’re not waiting for new technology like carbon nanofibers or anything to do this. We are in a new time now where you can develop a new transportation system in very few years and change the world.” Last November, BIG posted a video setting forth its vision of what a typical Hyperloop journey would look like.

Hyperloop began as an idea conceived by Elon Musk while stuck in Los Angeles traffic one day. That idea spawned two private companies — Hyperloop Transportation Technologies and Hyperloop One.

Musk is not involved with either company, but there is a one-mile-long test track at SpaceX headquarters in southern California. That’s where teams from around the world assembled in January to compete for the top prize in a Hyperloop design competition sponsored by SpaceX.

Former SpaceX engineer Brogan BamBrogan was one of the co-founders of Hyperloop One, but his relationship with the company imploded last fall when a boardroom battle broke out and lawsuits were filed alleging improper business practices on both sides. BamBrogan has now started yet another Hyperloop company which he says will be carrying passengers within three years.

So there are now three commercial companies promoting Hyperloop technology plus SpaceX, which has no commercial interest in any Hyperloop projects. However, Elon Musk has hinted that his new Boring Company could become involved in digging tunnels for Hyperloop systems in the future.

The idea behind the Hyperloop is simple — a long tube with a partial vacuum to lower wind resistance with pods inside propelled by magnetic levitation to speeds approaching 700 mph or more and all of it powered by renewable solar energy. The engineering challenges, however, are enormous.

Whether the Hyperloop will ever carry a single passenger is very much open to question at the moment. The Hyperloop One test track in Nevada could become just a rusted reminder of a dream that went nowhere.