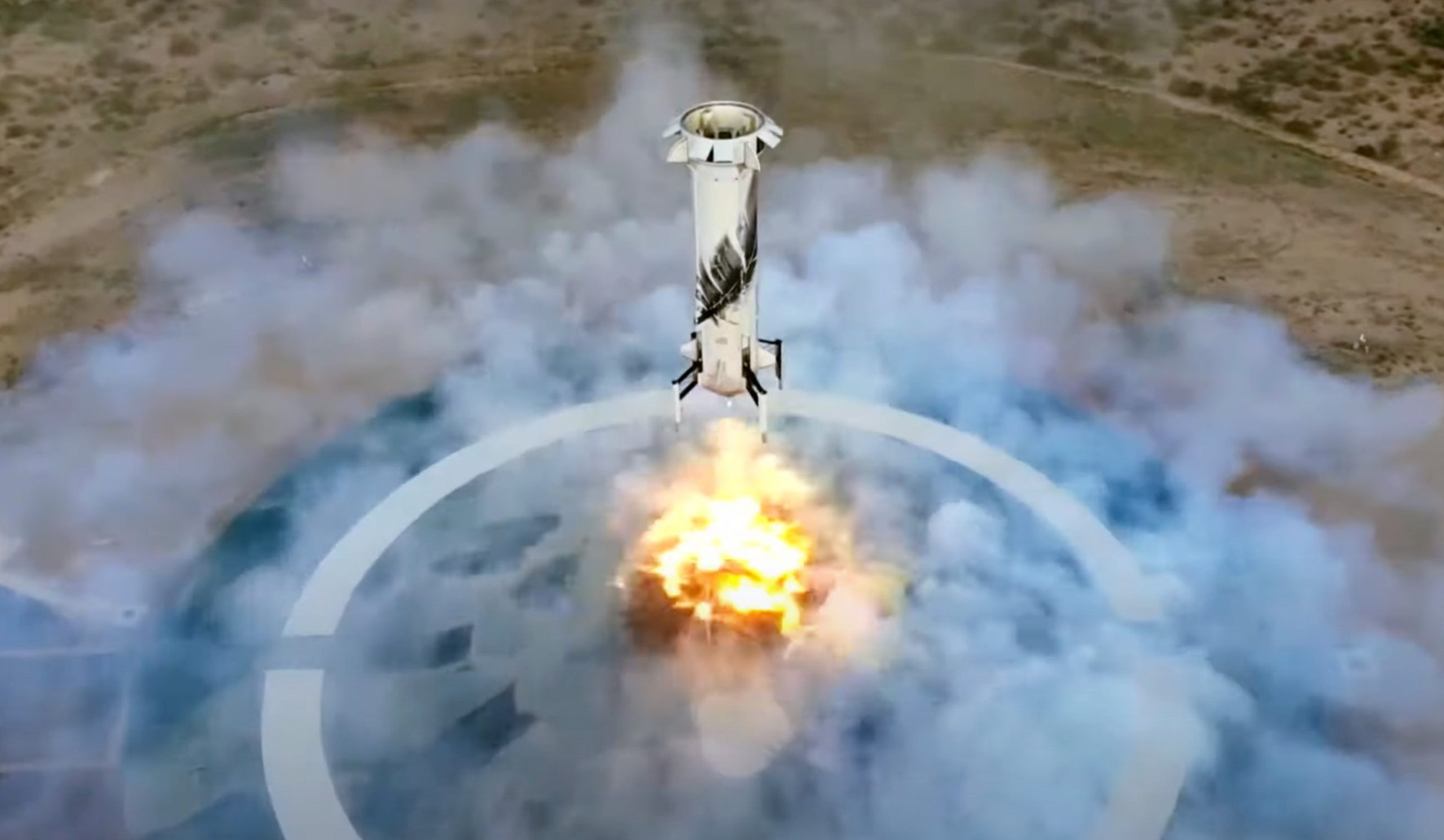 More than six years after New Shepard’s first test flight and nine years after a pad abort featuring a prototype of the rocket’s capsule, Blue Origin has launched its first crew of suborbital tourists.

Almost exclusively funded by Amazon CEO Jeff Bezos’ stock sales over more than 21 years of operations, Blue Origin has been working towards New Shepard’s first crewed launch for approximately a decade. Aside from a pad abort test of the rocket’s relatively simple ‘crew capsule’ in October 2012, New Shepard – purported to be fully reusable – has performed 15 uncrewed test flights since April 2015. At least according to Blue Origin, of those 15 tests, 14 were fully successful and 11 crossed the 100 km (~62 mi) Karman Line – a largely arbitrary line drawn between Earth’s atmosphere and space.

While New Shepard NS-16 reached an apogee of 107 km (66 mi) and a maximum speed of 2233 mph (1 km/s / Mach 2.9), less than 13% of the way to orbit, the mission did mark a number of “spaceflight” firsts insofar as its passengers did technically spend between 70 and 150 seconds in “space.” Notably, NS-16 passengers Oliver Daemon and Wally Funk are now respectively the youngest and oldest people in history to reach space. While Blue Origin hasn’t disclosed the value of his second-place bid, Oliver Daemen was technically a paying customer, making New Shepard the first rocket in history to launch a paying passenger on its first crewed flight.

In June, Blue Origin held a tone-deaf auction that ultimately resulted in a mystery buyer winning the first ticket on New Shepard at a jaw-dropping cost of $28 million – just shy of the $30M Richard Garriott paid to ride a Soyuz rocket to space, spend almost two weeks in orbit, and scream back to Earth at Mach 25. Bizarrely, the company still hasn’t revealed the winner, at no point mentioned that there would be runners-up, inexplicably swapped the mystery winner for Oliver Daemen with “scheduling issues” as the comical excuse, and has yet to reveal what Daemen paid for his ticket. In general, Blue Origin still refuses to provide any information about the price of seats on New Shepard.

Meanwhile, although Blue Origin did provide invite-only access to some media outlets and offered numerous interview opportunities with the NS-16 crew, there have been virtually zero chances for reporters and journalists to ask real questions. Beyond New Shepard, which raises dozens of questions on its own, Blue Origin’s orbital New Glenn rocket is years behind schedule and apparent issues with the BE-4 engine meant to power both it and the United Launch Alliance’s (ULA) Vulcan has also significantly delayed the latter rocket’s launch debut.

For the last several years, Vulcan and New Glenn were both aiming for a launch debut sometime in 2020. Both targets eventually slipped to 2021 and as of 2021, Vulcan is now expected to launch no earlier than early 2022 and New Glenn’s debut has slipped to “late 2022” – likely meaning 2023.

On its own, New Shepard has had one of the most bizarre development paths of any rocket in history. Despite virtually unlimited resources from Bezos’ average sale of billions of Amazon stock each year and the fact that New Shepard is a fully reusable rocket that demonstrated the ability to fly twice in ~60 days in 2016, Blue Origin has only launched the rocket 15 times in the 75 months before NS-16. The company has never once implied that New Shepard suffered major issues during any of its test flights, save for NS-1’s failed booster recovery (though Blue has generally glossed over or ignored that lone failure).

In the same period that Blue Origin completed five uncrewed New Shepard test flights, SpaceX launched Crew Dragon’s Demo-1, In-Flight Abort, Demo-2, Crew-1, and Crew-2 missions, carrying six astronauts to orbit and back and delivering another four to the ISS (where they still are). Not only did SpaceX also launch five Crew Dragons, but April 2021’s Crew-2 mission marked the first time in history that astronauts launched on a flight-proven liquid rocket booster and a flight-proven space capsule, beating Blue Origin to the punch despite the far greater challenges and risks posed by orbital spaceflight.

Put simply, it’s disappointing but not exactly surprising that Blue Origin continues to go to great lengths to avoid having to answer questions that haven’t been obviously vetted or preselected.