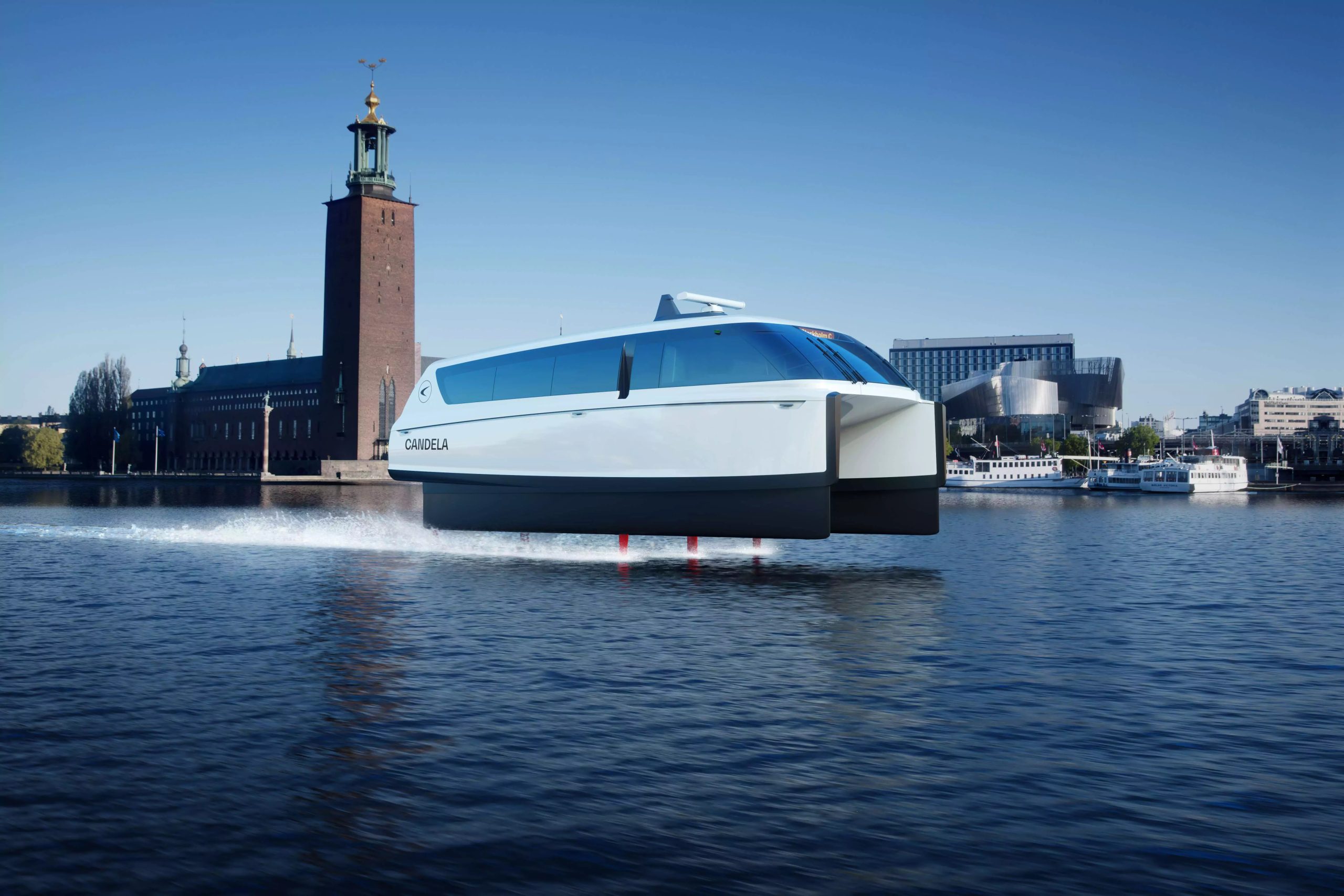 Swedish company Candela plans to introduce the world’s fastest electric passenger boat in Stockholm next year, and its headlining feature is its efficiency.

According to the U.S. Department of Transportation, there are 142 ferry operators in the U.S., with 112 functioning as commuter ferries. A Swedish company called Candela hopes to make those rides faster, more environmentally sustainable, and more comfortable via their P-12 30-person electric ferry, the fastest in the world.

Candela doesn’t accomplish the task of high speed with enormous motors and huge batteries, but actually through hyper-efficient hydrofoil technology. The hydrofoils are wings fixed underneath the boat that helps lift the boat hull out of the water, and the P-12 uses two of them, with one mounted with two motors in the stern of the vessel. The motors only make a measly 88kW of power and are powered by a 180 kWh battery, but the system can reach a top speed of 30 knots (~35 miles per hour) and achieve a range of 50 nautical miles (57.5 miles) at service speed. And when out of charge, the boat can charge at 200 kW via DC fast charging.

The hydrofoils do more than just make the ferry more efficient. The boat also becomes far more stable and quieter as the water doesn’t touch the hull. Without waves hitting the boat’s hull, passengers will no longer be justled up and down and side to side along their journey. The underwater wings even twist and torque themselves to turn the boat while in the air, maintaining the stable ride.

The company’s website advertises that the boat is even more energy and cost-efficient than a competing hybrid electric diesel bus. And the city of Stockholm hopes to take advantage of this. The boat will be on the water for testing by the end of this year and will be incorporated into the city fleet of vessels by early 2023.

Candela plans to release three other models equipped with hydrofoil technology. However, these are consumer-focused models instead of larger commuter ferries.