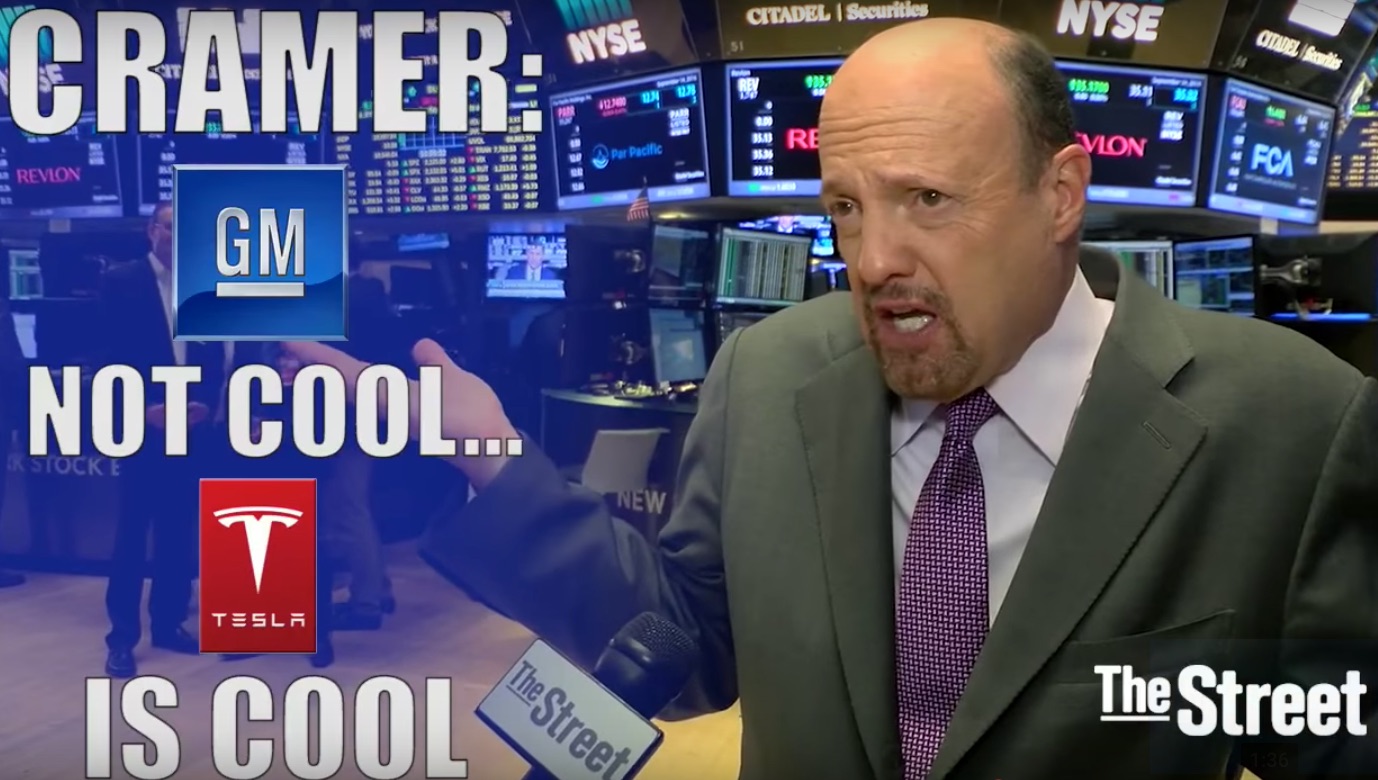 GM’s new Chevy Bolt electric-car may have an EPA-rated range of 238 miles on a single charge, topping Tesla’s initial announcement that its affordable Model 3 will arrive with 215 miles of range, but the brand just isn’t cool, at least according to charismatic financial analyst Jim Cramer.

When asked by The Street whether the Chevy Bolt will move the needle for GM, Cramer responded with an emphatic “no”. “[GM] has a lot of cash and they haven’t done enough with it … we made a mistake owning the stock”, says Cramer citing the Detroit automaker’s weak presence in Europe. But perhaps the biggest problem the Bolt may face, especially amongst the younger generation who are reportedly less inclined to purchase new vehicles, is that the company is not popular.

“My problem with GM is that it’s not cool. It’s not.”, says Cramer. “Tesla is cool, and that’s a very hard to factor in.” Cramer is referring to GM’s price per share which trades at a 4x P/E and has remained relatively flat over the last five years. Meanwhile Tesla shares, which has recently taken a beating following all of the bad news that’s been hitting media, has seen a hockey stick-like growth rate since its initial public offering in 2010.

“Tesla’s certainly got the very high P/E of cool per share”.