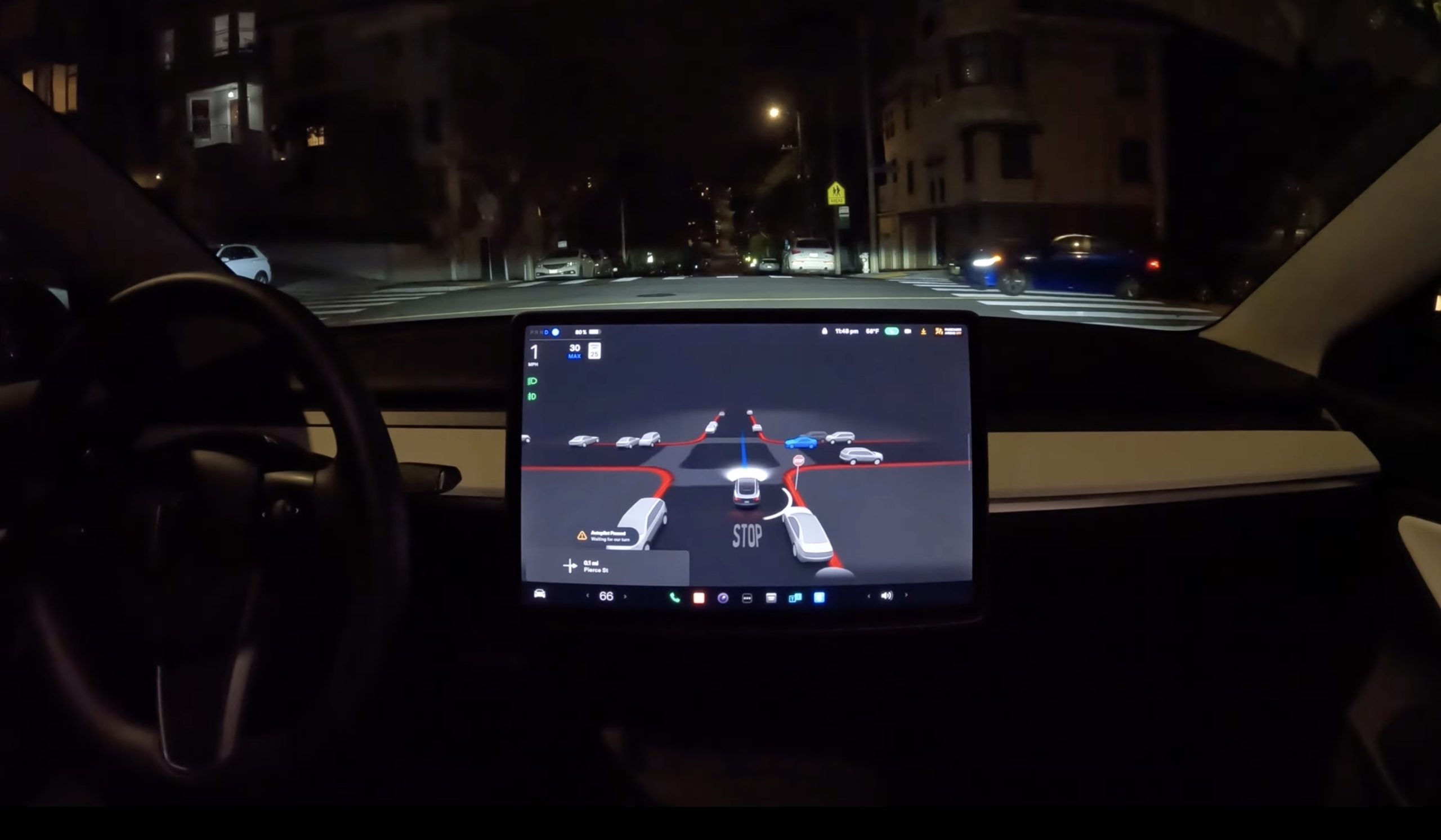 Tesla’s cease and desist letter to The Dawn Project, has Dan O’Dowd resorting to childish antics and targeting a Tesla customer. Tesla’s cease and desist letter demanded that the defamatory ad be removed. Tesla also demanded that the anti-Full Self-Driving campaign be immediately halted. O’Dowd isn’t taking the letter too well as he’s sharing his thoughts about the situation on Twitter.

O’Dowd’s response included several childish antics such as name calling, an unhealthy focus on one of Tesla’s customers, Elon Musk, and Elon’s following.

Please improve your own product instead of falsely caiming that other‘s are dangerous!

In the tweet promoting The Dawn Project, O’Dowd included a meme depicting Elon Musk tweeting “It never happened,” while what looked to be a young adult is tied up, gagged, and being held down by two villainous goons.

The link that O’Dowd tweeted is The Dawn Project’s response to Tesla’s cease and desist letter. The letter is full of immature name calling such as alluding to Elon Musk as “another crybaby hiding behind his lawyer’s skirt,” and being obsessed with O’Dowd who paints himself as a hero for campaigning against FSD. O’Dowd claimed that it appeared to him that Elon Musk wrote the letter mocking him for running for the U.S. Senate with the goal of stopping FSD.

The letter goes on to target a Tesla customer and FSD Beta Tester, Omar Qazi, who has also been the target of many “$TSLAQ” supporters. Omar is a Tesla FSD Beta tester and an avid supporter of Tesla. He’s also a friend of mine in the Tesla community.

In the response to Tesla’s cease and desist letter, O’Dowd wrote:

“It appears you are talking about unsolicited scrutiny by your infamously virulent band of fanboy Tesla stockholders, led by you and your apparent agent, @WholeMarsBlog, and motivated by greed. They immediately and widely promulgate baseless accusations against those who say anything negative about Tesla or Elon Musk.”

He also called Omar Elon Musk’s top attack dog on Twitter Although Tesla sent a cease and desist letter, O’Dowd said that Elon Musk’s plan is to use his supporters to attack O’Dowd online and hinted that perhaps Elon Musk couldn’t afford an attorney.

“Master Scammer Musk’s game plan: if the fanboys’ vile attacks don’t scare off a critic he threatens them with endless baseless litigation which will cost them their house even if they win. Fortunately, I can afford not to be intimidated by these threats.”

“Tesla Full Self-Driving software has no future. It is the most incompetently designed, implemented, and tested commercial software I have ever seen. All it does is take a perfectly good Tesla car and make it occasionally try to kill the driver, the passengers, and innocent bystanders.”

“I dare you to come out and defend this technology.”

The irony of all of this is that O’Dowd is also the CEO of Green Hills Software which is developing self-driving software.  O’Dowd apologized for misleading people earlier this month about FSD. In his tweet, he said that he relied on reports from others that he did not verify. I responded to this tweet with a question that O’Dowd still hasn’t answered.

So you invested millions of dollars in an-anti FSD campaign BEFORE trying it?

I may not own a Tesla but I've ridden with friends who have FSD Bet and I've seen it stop for cyclists and pedestrians. There are countless stories of both FSD and Autopilot saving lives.

My question was rhetorical, but the point remains. He invested millions of dollars in an anti-FSD campaign before even trying it. Instead, he was relying on misinformation.

And according to his tweet, he only experienced it for 20 hours. It should be noted that FSD is still in beta and with O’Dowd trying to be a direct competitor of Tesla’s FSD software, it’s only natural for him to be intimidated by it.

Personally, I think O’Dowd should retire his anti-Tesla campaign and apologize to Elon Musk, Omar Qazi, and Tesla’s shareholders, customers, and employees who work hard to make a product dedicated to saving lives.