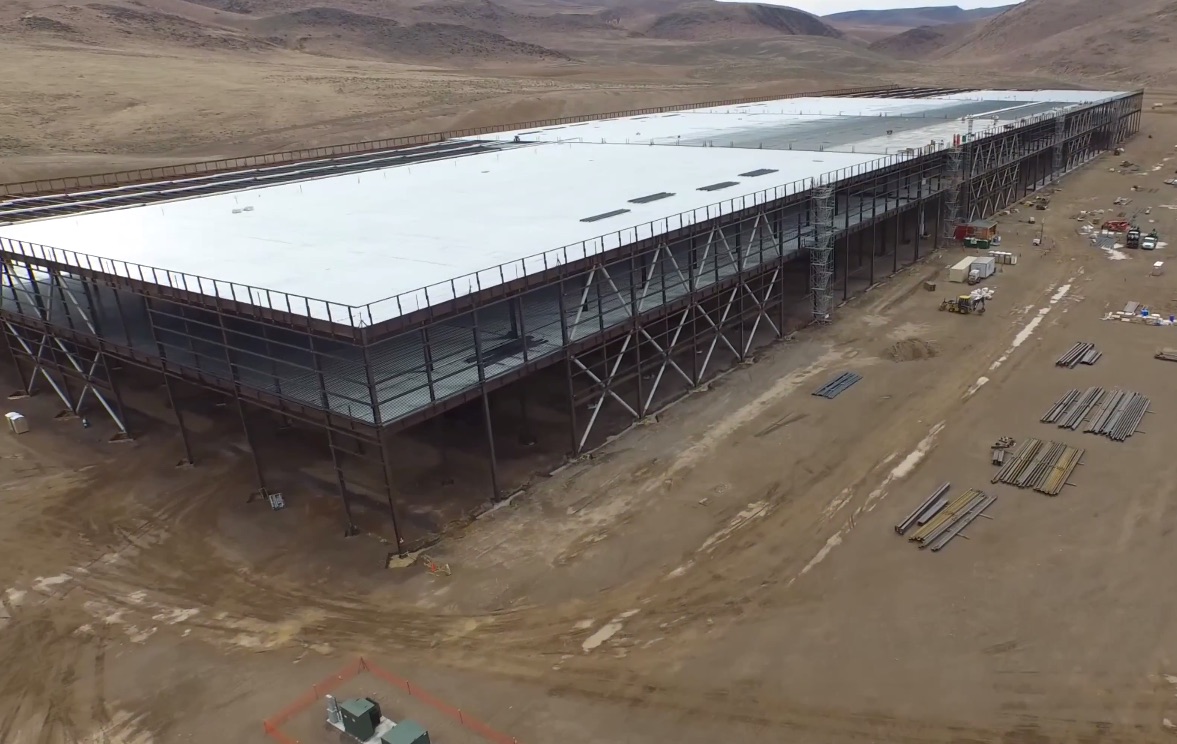 The first-ever 4k ultra HD video of Tesla’s Gigafactory was captured by drone this past Sunday and it’s purely stunning.

Early into Sunday evening, we received a tip from our friends at Reno Sparks Tahoe Homes that a drone managed to capture amazing flyover ultra-high definition video footage of the Tesla Gigafactory that very same day. One can clearly see from the video the enormity of the lithium-ion battery production factory. Large construction cranes and earth moving machinery is dwarfed by the monstrous support beams and structure that makes up the Gigafactory.

Update May 18 – We were informed by the person responsible for the video that all ‘No trespassing’ signs on-site were obeyed. Aerial footage was obtained on a Sunday when construction and activity on the Gigafactory was at a standstill.

To see striking detail of the Gigafactory in ultra-HD, be sure to set the YouTube video quality setting to 4k.

The Gigafactory, which undoubtedly will become the world’s largest lithium-ion battery plant upon completion, aims to cut battery costs by at least 30%, and output at least half a million battery packs, for its automotive and energy storage solutions, when the plant reaches full capacity in 2020.

Tesla is said to be ahead of schedule with construction of the Gigafactory and will likely align the grand unveil during the same year it releases its affordable mass-market Model 3 sedan.