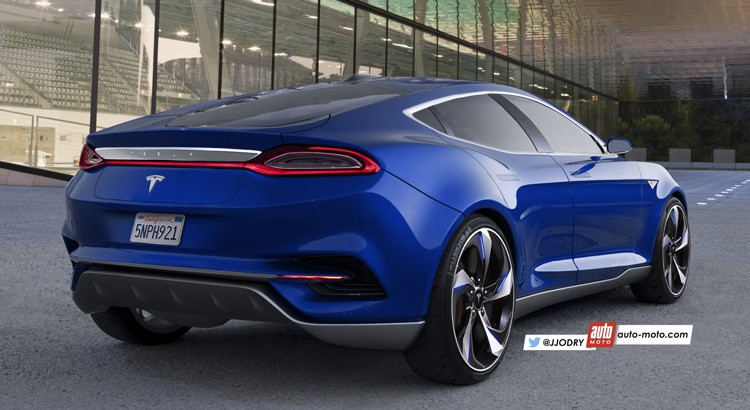 Fast forward one year from today and our guess is that the world will be talking about the new mass-market Tesla Model 3, with the possibility that some early adopter discussion will also focus on  reservation numbers. As of now, we have almost no clues on what this mass market, electric car will look like since Tesla is in the computer design phase, according to Musk. When asked about capital expenses, Musk said:

We’re doing quite a bit of advance work on Model 3, but this just doesn’t amount to a lot of CapEx. It’s like very early (design) engineering prototypes.

We are hoping to show off the Model 3 in approximately March of next year. Again like, don’t hold me to that month, but that’s like – that’s our aspiration. And that’s–and then be in production with Model 3 in the, I’d like to say mid, but probably closer to late 2017 timeframe. Late 2017 is probably more realistic.

Until then, car geeks and Tesla fanatics are making guesses on what might be in store for the Model 3 design. Pictured below is a recent rendition from French car media site auto-moto.com (Source: Julien Jodry) showing a glimpse of what the future may hold. The back-end attributes reminds me of recent Dodge Dart models and Jag F-Type coupes, and similar in some respects to the Model S. However, this Model 3 design has a bit more of tapered back end. According to comments by Musk in February, he’s not planning on getting as adventurous with the Model 3 design as he did with the Model X. “We’re not going to go super crazy with the design of the initial version of the 3. So, I do feel confident that we can make that happen–production deadline–in the second half of 2017.”

Also, the battery pack design will have similar form and function characteristics to the Model S. 2017 is coming quickly and they won’t deviate too much from the thin battery pack.

Another car enthusiast is looking past the Model 3 car, see below, and longs for a compact, city car design.  I like this design, with its wide-body (also see: Tesla Model S carbon fiber widebody kit) and its futuristic feel. But, again, a smaller wheel base design and compact nature would require some rethinking on Tesla’s battery packs.

Some enthusiasts pine for an all-electric, compact city car, a la the BMW i3. (Source: Autoevolution.com)

Other thoughts on the Model 3: