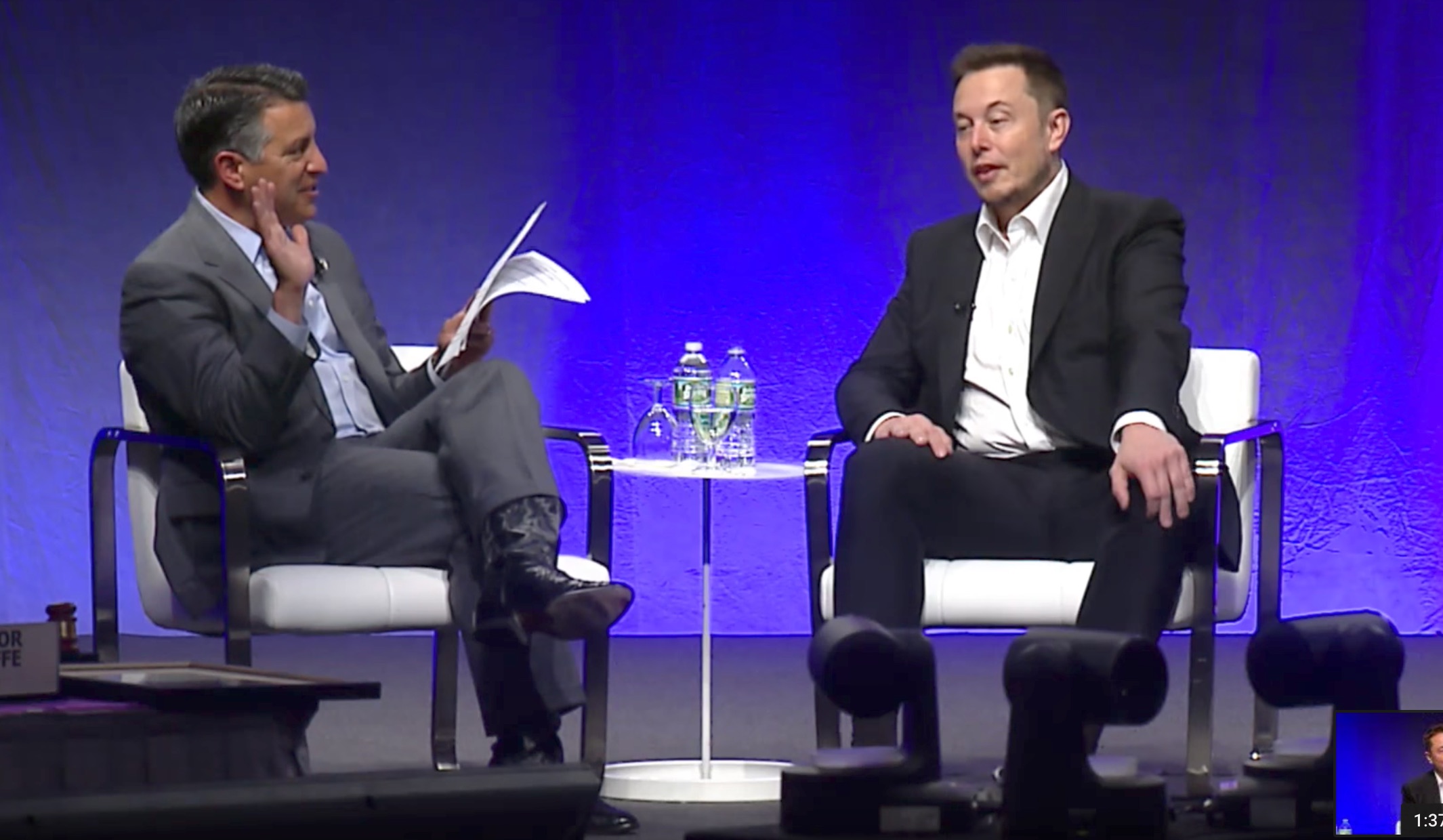 Speaking at the 2017 National Governor’s Association meeting in Rhode Island on Saturday, serial tech entrepreneur Elon Musk told state leaders that more than half of new cars being produced will be electric in ten years, and almost all of them will be fully autonomous self-driving vehicles.

When asked by Nevada Governor Brian Sandoval who invited Musk to speak on innovation at the NGA meeting, “What would you want things to look like in 5 to 10 years, associated with energy and autonomous vehicles: electric vehicles?” Musk noted that there was a big difference between a 5-year timeframe and a 10-year timeframe, saying that innovation will grow exponentially.

“Probably in 10 years, more than a half of new vehicle production is electric in the United States,” said Musk, adding “half of all production will be EV, I think almost all cars produced will be autonomous.”

However, those expecting to see a transportation network dominated by self-driving cars should curb some of their expectations. Though it’s likely that more than 50% of new vehicles will be fully autonomous in 2027, Musk points out that new production only represents 5% of the overall vehicle fleet on the roads. In other words, given the 15 to 20-year life span of cars, the large majority of vehicles on the roads will still be human-operated.

The ratio of self-driving cars to human-driven ones will quickly increase and skew in favor of fully autonomous cars as we near 2037. “There will be not be a steering wheel” said Musk when asked by Sandoval on whether drivers would need to touch a vehicle’s steering wheel 20 years from now.

“There will not be a steering wheel, in 20 years, it [owning a regular car] will be like having a horse” – Elon Musk

The statement comes as Tesla continues to make significant advancements in Autopilot 2.0 technology and aims to complete a fully autonomous car by end of this year.

Musk has said on several occasions that Tesla plans to showcase a cross-country journey made in a self-driving car, and with no human intervention, that will travel from California to a parking garage in New York by the end of 2017.

“November or December of this year, we should be able to go all the way from a parking lot in California to a parking lot in New York with no controls touched in the entire journey.” said Musk from TED 2017 earlier this year.