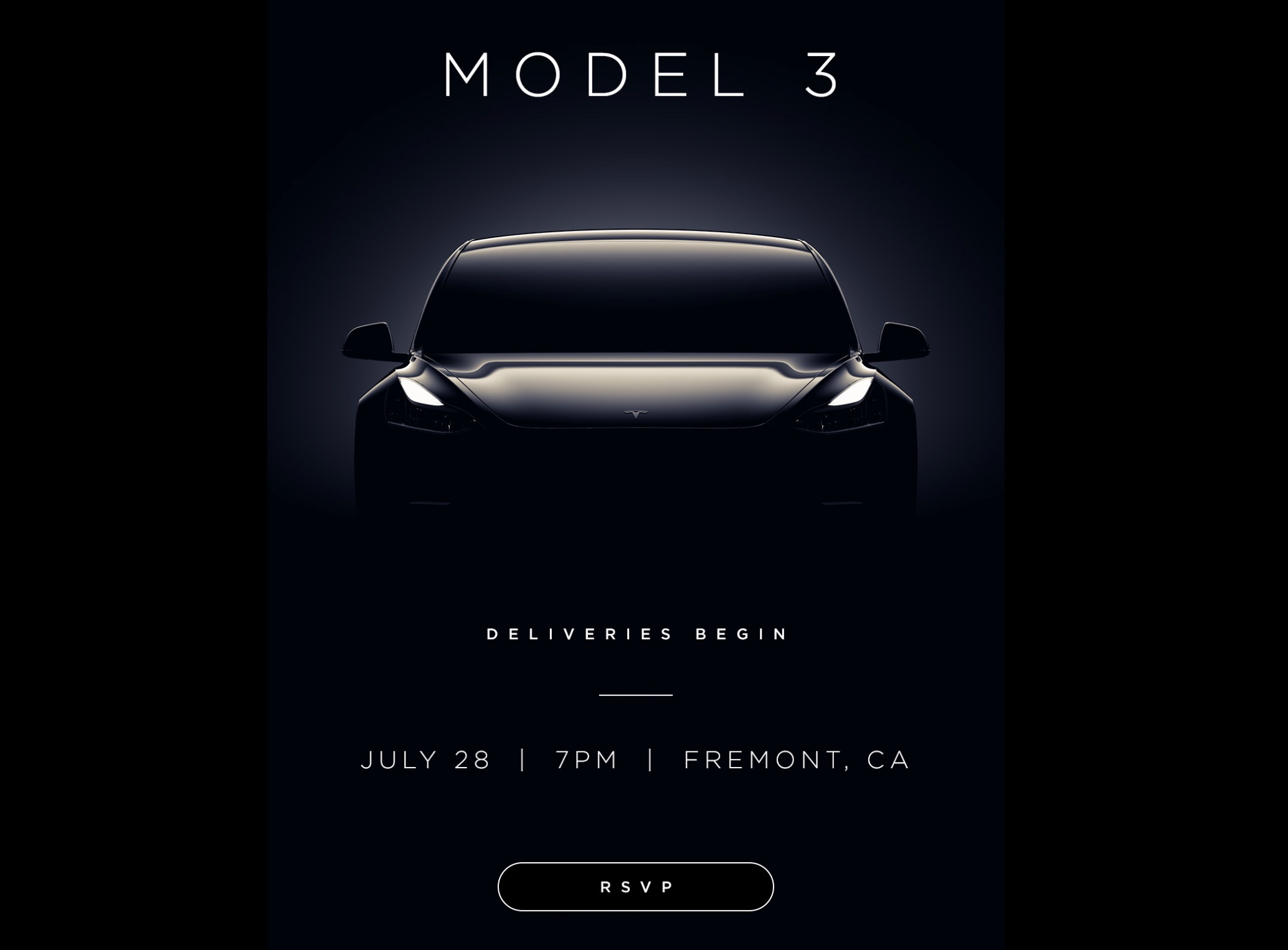 Those invited to the exclusive event will witness the first thirty deliveries of Tesla’s Model 3 to their owners. This will be similar in nature to the Model X delivery event that was also held at its Fremont facility, where six early Tesla backers were handed keys to their new Falcon Winged electric SUV.

Unlike other Tesla “parties”, some invitees to the Model 3 delivery event are being offered a generous option to invite multiple guests based on their standings in Tesla’s past referral programs. For instance, one of Tesla’s top referrers DÆrik tells Teslarati that they received an option to invite up to 3 guests.

We want to give a big thanks to DÆrik for their continued support of Teslarati and for providing us with a first look at the email invitation with +3 option. 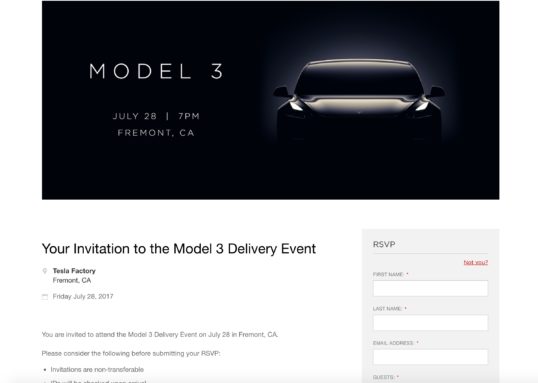 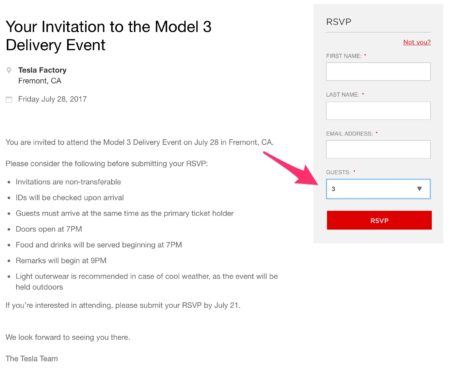 Musk is expected to open with a presentation outlining Tesla’s grand vision for the future, that inevitably will touch on the range of Tesla Energy products. That will likely be followed by a presentation on Model 3’s unique features and then a live grand reveal of the first production cars presented on stage.

We’ve provided the full email invitation to the Model 3 Delivery Event, as follows. Be sure to follow us @Teslarati as we bring you live behind the scenes coverage from the event from Fremont on Friday, July 28.

Leave a comment if you’re attending the event or in need of an invitation. There are many invitees that would be more than happy to offer a guest spot.

Your Invitation to the Model 3 Delivery Event

You are invited to attend the Model 3 Delivery Event on July 28 in Fremont, CA.

Please consider the following before submitting your RSVP:

If you’re interested in attending, please submit your RSVP by July 21.

We look forward to seeing you there.