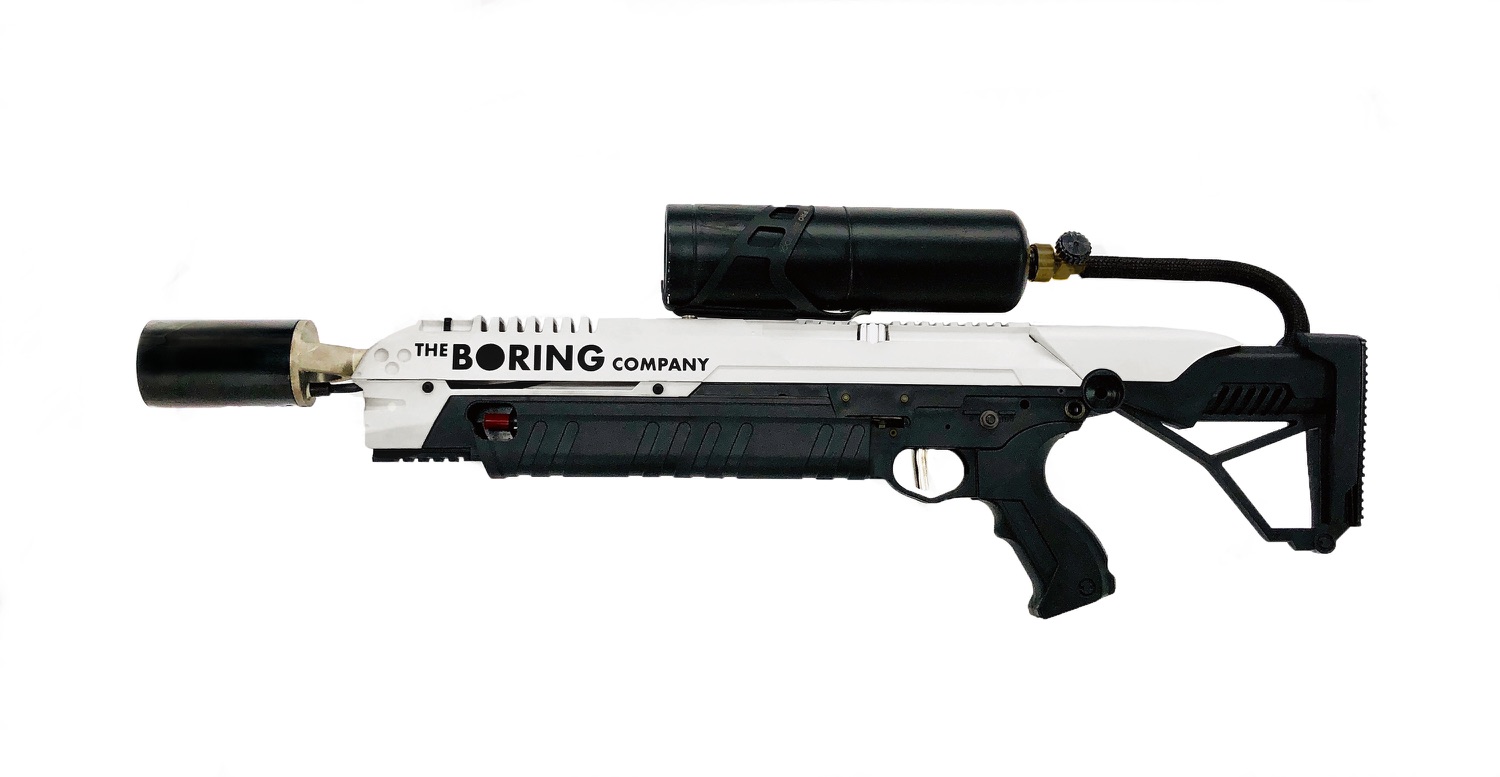 California lawmakers recently blocked proposed restrictions for the sale and use of The Boring Company’s Not-a-Flamethrowers in the state. The suggested restrictions were authored by LA Assemblyman Miguel Santiago (D-Los Angeles), who earlier this year issued a strongly-worded criticism of the device.

The Boring Co. Not-a-Flamethrower was launched by Elon Musk earlier this year. The devices, which Musk dubbed as a “super terrible idea,” were sold for $500 each during a limited run of 20,000 units. All 20,000 Not-a-Flamethrowers were sold out within four days, raising $10 million for the tunneling startup.

While the Boring Co. Not-a-Flamethrower proved incredibly popular, LA Assemblyman Miguel Santiago found nothing amusing about the device. At the end of January, Santiago issued a press release strongly criticizing the firestarter.

If this is real, I’m outraged and you should be too. If this is a joke, then it’s a terribly insensitive one given that we’re coming off of the worst wildfire season in history. Either way: NOT FUNNY. NOT GONNA HAPPEN. pic.twitter.com/82n00um9Bf

Santiago would go on to author AB-1949, better known as the Flamethrower Bill. The bill’s first iteration proposed several restrictions on the sale and use of flamethrowers in California. As could be seen in a copy of the Assemblyman’s bill, owners of Tier II flamethrowers (devices that can shoot flames at least 2 feet but not exceeding 10 feet, like the Boring Co. Not-a-Flamethrower) must have a valid pyrotechnic operator license from the State Fire Marshal and the necessary permits before they are allowed to use the device. Without these documents, buyers of the Boring Co. flamethrower would be at risk of fines or even imprisonment. Here is an excerpt from the Assemblyman’s original bill.

“Any person who uses or possesses any Tier I or Tier II flamethrowing device… without a valid flamethrowing device permit issued pursuant to this part is guilty of a public offense and, upon conviction, shall be punished by imprisonment in the county jail for a term not to exceed one year, or in the state prison, or by a fine not to exceed ten thousand dollars ($10,000), or by both imprisonment and fine.”

Santiago’s bill was largely supported by the police and fire officials. As the bill advanced, however, it was eventually amended. The amendments in the bill were primarily focused on Santiago’s proposed restrictions on Tier II flamethrowers, which are less powerful and less likely to cause harm. The suggested imprisonment and fines for individuals using Tier II flamethrowers without permits were struck off the bill as well.

Santiago eventually narrowed the scope of his bill, suggesting that the devices like the Boring Co. Not-a-Flamethrower must carry a safety label. Even this, however, was stalled on Friday, when the bill was held at the Assembly Appropriations Committee. As noted in a San Francisco Chronicle article, the Flamethrower Bill ultimately became a victim of the state’s “suspense file” process, where legislative leaders usually kill bills that can pose an embarrassing vote for the party.

It is pertinent to note that the Boring Co. Not-a-Flamethrower is more of an oversized butane torch than a full-fledged flamethrower. The device shoots flames similar to the Weed Dragon, a torch that can be bought at hardware stores. Tier I flamethrowers, such as the XM42-M, are on an entirely different level, as these devices are capable of shooting flames up to 30 feet.

For now, however, reservation holders of the Boring Company Not-a-Flamethrower could look forward to the upcoming pickup party on June 9 at Los Angeles. The event, which would feature the handover of the first 1,000 Not-a-Flamethrowers, will also include fun activities such as photo booths, marshmallow toasting sessions, and zombie simulations. Deliveries of the Not-a-Flamethrowers would follow soon after.