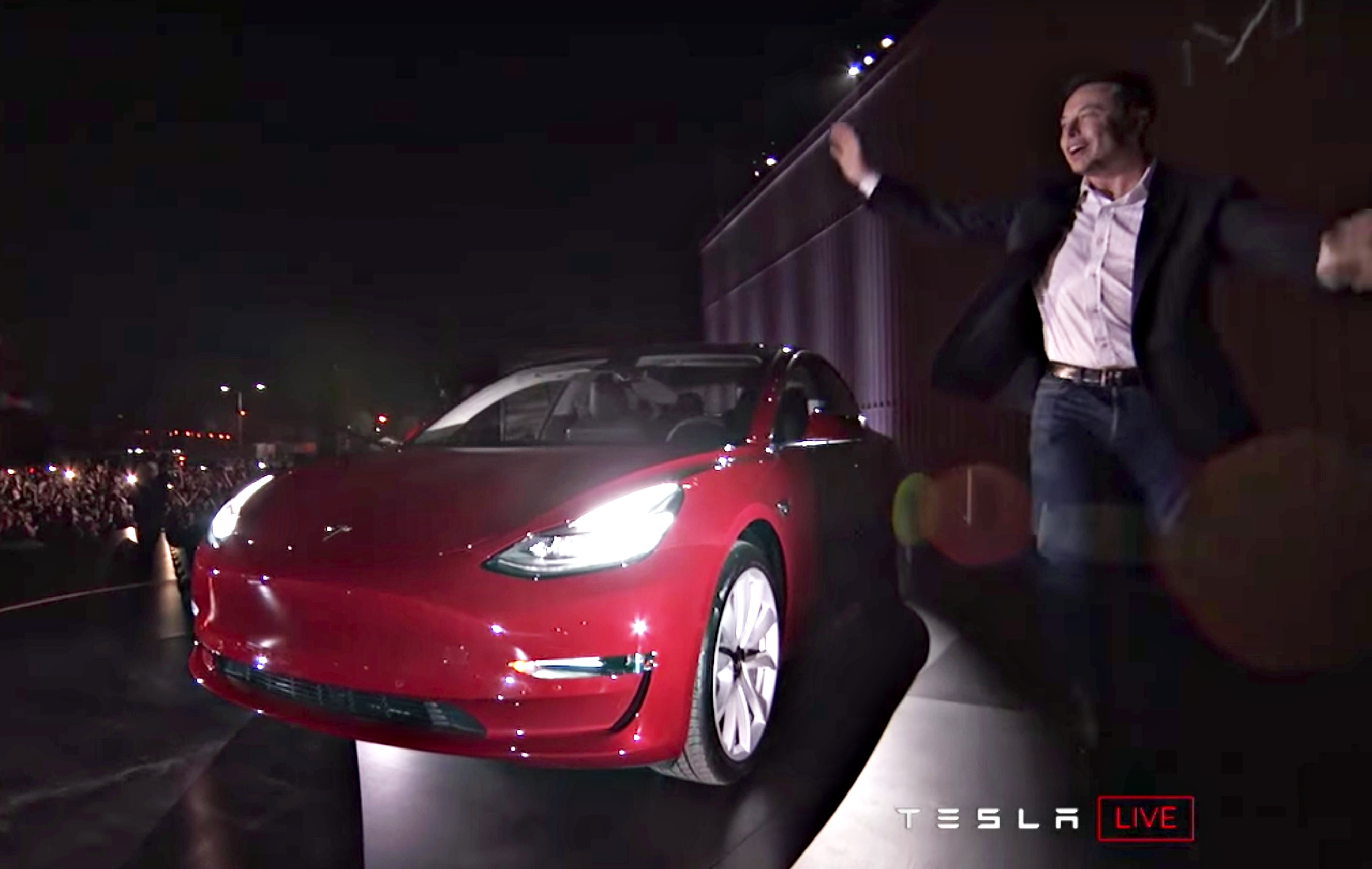 Tesla CEO Elon Musk has purchased more than $25 million, or 70,000 shares of company stock, as the Silicon Valley electric car maker remains laser-focused on turning a profit in the second half of the year. Despite the meteoric rise of Tesla’s stock price in recent weeks – TSLA has risen nearly 9% and is up nearly 18% in the last month – Musk’s investment during an upswing is seen by investors as a vote of confidence, as the company continues to overcome Model 3 production challenges and push closer to volume production goals.

At the end of May, there were over 39 million shares of Tesla being shorted after the automaker faced continuous production delays for its mass-market vehicle. Investors slammed the stock, bringing its price down to $244.59 while increasing Tesla’s short position to all-time highs. However, as Tesla nears Musk’s ambitious 5,000/week Model 3 production goal, the stock has since rebounded and recovered from 1-year lows that it reached in April. The stock has since climbed over 20% higher, no doubt scaring some shorts out of their positions.

In the past few months, there have been countless articles proclaiming that Tesla needs to raise billions more in capital to fund its continuing operations. Musk has reaffirmed time and time again that the company does not need or want more capital, thus his $25 million purchase into company stock can be seen as another sign of his commitment to the company and turning a profit.

In a letter posted on Twitter announcing that Tesla would be shedding 9% of its workforce, Musk admitted that the company’s lack of a profitability is a “fair criticism.”

Difficult, but necessary Tesla reorg underway. My email to the company has already leaked to media. Here it is unfiltered: pic.twitter.com/4LToWoxScx

“What drives us is our mission to accelerate the world’s transition to sustainable, clean energy, but we will never achieve that mission unless we eventually demonstrate that we can be sustainably profitable,” Musk said in the letter to all employees.