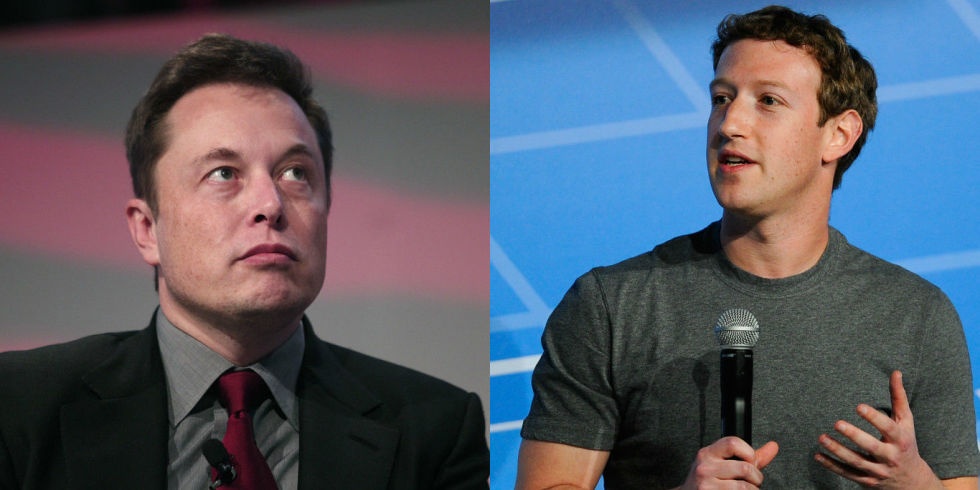 I've talked to Mark about this. His understanding of the subject is limited.

Zuckerberg spoke on a Facebook live broadcast over the weekend about AI and its potential to harm humans as technology advances. A fan prompted the question after citing Musk’s recent discussion at the National Governors Association meeting.

“I have exposure to the most cutting edge AI and I think people should be really concerned about it,” Musk said. “I keep sounding the alarm bell, but until people see robots going down the street killing people, they don’t know how to react because it seems so ethereal … There’s a role for regulators that I think is very important and I’m against over regulation for sure, but I think we better get on that with AI.”

Zuckerberg is far from worried about the future of AI.

“I have pretty strong opinions on this. I am optimistic,” Zuckerberg said. “And I think people who are naysayers and try to drum up these doomsday scenarios — I just, I don’t understand it. It’s really negative and in some ways I actually think it is pretty irresponsible.”

He even went as far as discussing AI’s potential role in saving lives before returning to a balanced view on how all advancing technology can impact human life on a grand scale.

Musk didn’t stand for being called “pretty irresponsible” for long, firing off a tweet and joining the subsequent discussion on Twitter on the article’s thread.