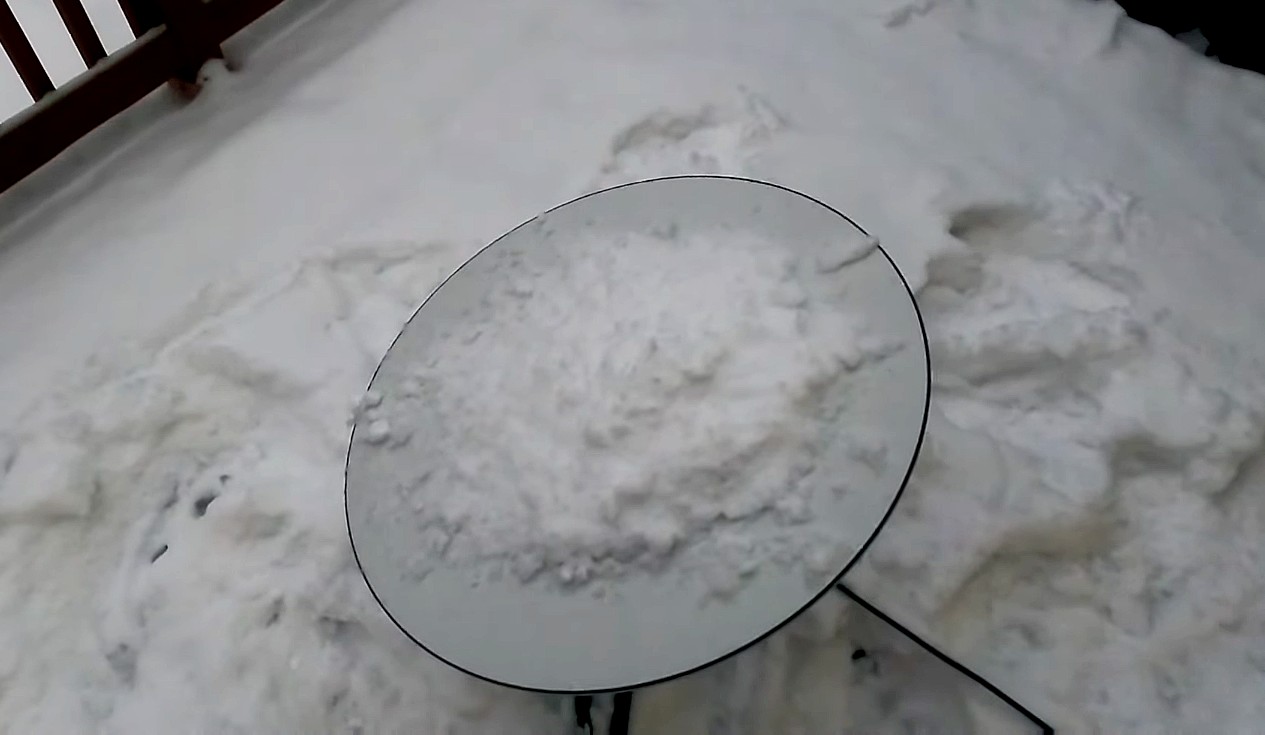 SpaceX’s Starlink satellite constellation is designed to serve some of the world’s most remote regions, effectively bringing internet access to places that the world wide web has never touched. With this in mind, Elon Musk’s private space firm had to design Starlink in such a way that it would be tough enough to handle the elements, especially in cold weather.

Fortunately, a Starlink beta tester and Tesla owner has shared his experience with the satellite internet service and its performance in the snow. In a recent video shared online, the beta tester, who runs the Mother Frunker YouTube channel, showcased exactly how Starlink and its dish, fondly named by the private space firm as Dishy McFlatface, handles snow buildup. As it turned out, SpaceX equipped Dishy with some nifty tricks that help it work even when its surface is covered in snow.

Immediately noticeable was that Dishy McFlatface has a function that allows it to melt snow. The beta tester noted that the Starlink dish’s surface does not really get warm when this happens, but the snow does melt significantly on its surface. This feature also makes it easy to clear the dish’s surface of any snow buildup.

The beta tester performed two snow tests on his Starlink system, with the second test involving a relatively large amount of snow on top of Dishy McFaltface’s surface. Starlink actually maintained its internet connection in both cases, though it did take a notable blow in internet speeds when the snow buildup became significant. Overall, however, the Tesla owner noted that he was still impressed with Starlink’s performance, regardless of its slowdown.

The Starlink beta currently has about 10,000 users, and just recently, SpaceX opened pre-orders for the system worldwide. This is quite exciting, especially since Starlink is still in its early stages, with SpaceX only launching a fraction of the satellites it intends to deploy for the constellation. Once complete, Starlink could very well become a game-changer in the internet market, as it would allow even remote areas to have reliable access to high-speed internet.

Watch Mother Frunker‘s Starlink snow test in the video below.