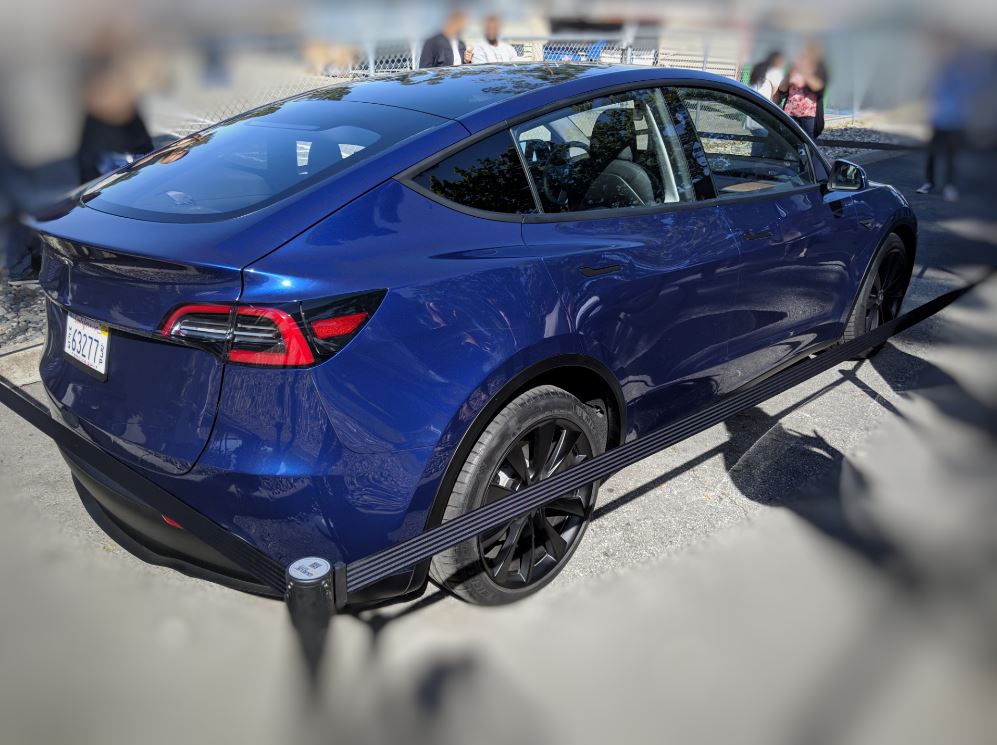 Tesla CEO Elon Musk recently revealed improvements the all-electric car maker has made to its production process for the Model Y crossover SUV. In an interview on Ride the Lightning podcast, hosted by Ryan McCaffrey, Musk discussed lessons learned from Tesla’s prior transition from the Model S to the Model X as applicable to the Model Y, as well as decisions made from the vehicle’s outgrowth of the Model 3. He additionally provided some insight on the design decisions behind the Model 3, which also carry over to the Model Y’s design.

Musk and McCaffrey’s discussion about the Model Y production process began with the question, “What are the biggest lessons learned from the Model 3 program that you’re applying to the Model Y?” However, Musk indicated that a more relative learning comparison came from Tesla’s design of the Model X and its departure from the Model S.

“The Model X ended up being a radical departure from the S…with the Model Y, we wanted to avoid the technology bandwagon we had with the X. It should have been easy going from S to X, but instead, it was hell because of so many new technologies…It would be too risky to the company to do that with the Y,” Musk explained.

I'm celebrating episode 200 of Ride the Lightning, my weekly @Tesla podcast, in THE BEST way possible: a 1-hour interview with @elonmusk himself! 🥳 I can't wait to share our conversation with all of you! It airs this Sunday, June 2 @ 9am ET/6am PT on major podcast services. 🚗⚡️ pic.twitter.com/V0nFrU03Ir

The Model Y crossover needed to address the flexibility expected of vehicles in its class such as cargo capacity, seating for 6 or 7 people, and more ride height than a sedan. Tesla addressed these features while also keeping in mind the effect on battery range a larger vehicle might have, according to Musk.

“We tried to make the car as similar to the [Model 3] as possible except in the case where a change was necessary to achieve SUV functionality…[all] while still having a low drag coefficient and not increasing the frontal area too much,” he detailed. Overall, Musk concluded that CdA (automobile drag coefficient) and mass of the Model Y only affect 8-10% of the battery range when compared to the Model 3.

The design of Tesla’s Model Y and lessons learned from Model 3 production also led to some manufacturing improvements for the electric crossover. Musk detailed how the Model Y underbody was switched to aluminum casting instead of stamped steel and aluminum pieces, which greatly simplifies the moving parts involved in making the vehicle.

This change effectively means that initially, using two castings to make the structure will take the process from 70 parts to 4 (castings plus joiners), and once the “big” casting machine comes into operation, the process will have brought the process from 70 parts to 1 (casting only). Using casting over stamping reduces the weight of the Model Y, improves MHB (heat produced), lowers cost due to the smaller number of parts necessary, and significantly drops capital expenditure on robots.

As for the manufacturing location of the Model Y, Musk said the decision was not quite final, but the default place was Tesla’s factory in Fremont, California, with the runner-up being Gigafactory 1 in Sparks, Nevada. Producing the Model Y in Fremont would be the fastest way to bring the crossover SUV into production, according to Musk. “One choice isn’t natural over other,” he said. Freemont is producing the Model 3 and the two vehicles share 75% of their components, but Gigafactory 1’s location has a lower cost of living, meaning an overall better value for Tesla.

The similarities between the Model Y and Model 3 being what they are, Musk also discussed with McCaffrey some of the design decisions that initially went into creating the Model 3. In response to the question, “What’s the toughest design decision you had to make on Model 3?”, the CEO cited two primary factors that went into the midsize sedan’s creation: the touchscreen and the nose design.

Reducing the number of screens from two in the Model S to one in the Model 3 came with some pushback, Musk explained. However, he felt that owners would prefer an open view of the road, and everything needed while driving could be fit onto one screen.

This background brought up community rumors about a heads-up display (HUD) being included in Tesla’s vehicles. On the subject, Musk set the record straight – there was never any plan to include a HUD, nor will one be added in the future. He simply doesn’t like them, and the move to self-driving makes them pointless. “We discussed it, but I’ve tried various heads up displays and found they were annoying,” he said. “We felt the car would increasingly go to self-driving…As things are approaching autonomy, why project things you don’t even care about on the screen?”

Something that customers do care about, though, is the look of their car. Musk detailed the difficulties in making an attractive design for the Model 3, which wasn’t easy thanks to the lack of a front grill on the vehicle. “You don’t want to have the nose to look like Voldemort…You’ve got to get some character or it does not look good.”

Also mentioned was the decision to reduce the width of the Model 3 to 185 cm over the 195 cm of the Model S to help sell more cars in Japan. The country’s parking machines only accept cars up to 195.4 cm wide, which leaves very little wiggle room in the manufacturing process to meet. The change to 185 cm meant that any Tesla Model 3 could fit in any parking garage in Japan.

The Model Y is set to begin production in 2020, and reservations are currently open on Tesla’s website.