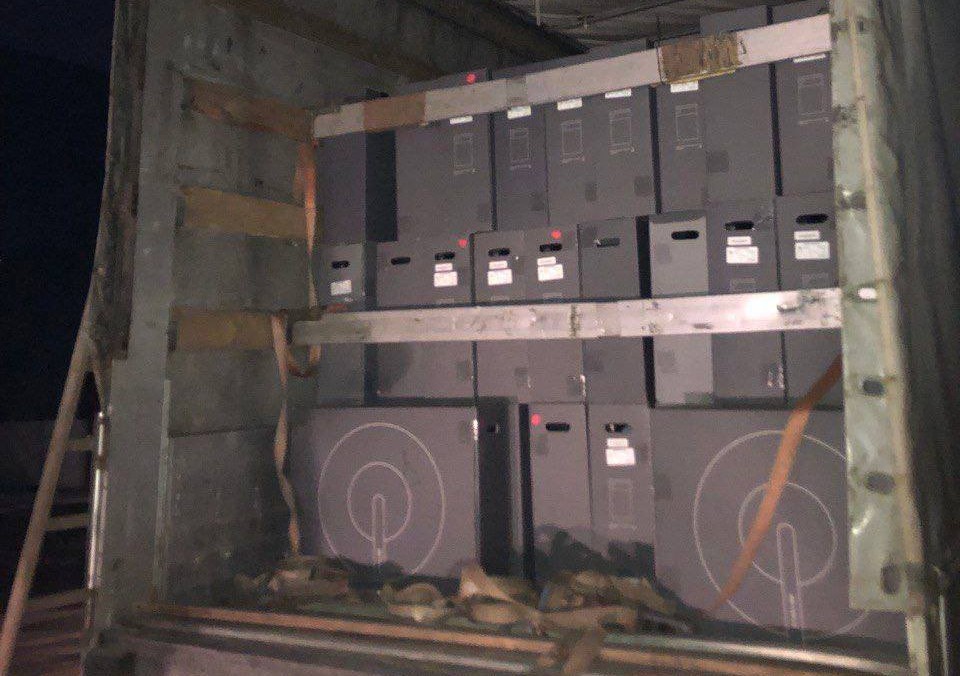 A truckload of Starlink dishes has arrived in Ukraine. (Credit: Mykhailo Fedorov/Twitter)

After announcing some notable upgrades for SpaceX’s Starlink internet service, Elon Musk shared some useful tips on how Starlink terminals can be protected from potential attacks.

Musk initially posted a warning on Twitter, stating that Starlink is so far the only non-Russian communications system that is still working in some parts of Ukraine. With this in mind, the likelihood of Starlink’s satellites being attacked by Russian forces is high. It is then imperative, according to the CEO, to use the satellite internet system with caution.

The SpaceX CEO added that Starlink should only be turned on when needed, and that its antenna should be placed as far away from people as possible. Musk further mentioned that some slight camouflage could be placed over the Starlink antenna to avoid visual detection. When asked if a thin layer of spray paint would work, Musk noted that this would be okay provided that there are no metal particles in the paint.

With the satellite internet system essentially being one of the lifelines of the besieged country, Musk has announced some upcoming improvements to Starlink. First off, the CEO noted that Starlink’s software is being upgraded so that the system could reduce its peak power consumption. With this, the satellite internet system could be powered from a conventional car cigarette lighter. Musk also noted that mobile roaming would be enabled so that Starlink’s phased array antenna can maintain its signal despite being on a moving vehicle.

Musk’s Starlink donation to Ukraine has been appreciated by many, though Russian space agency head Dmitry Rogozin has thrown criticism at the SpaceX CEO’s efforts. In a statement to local Russian media, Rogozin noted that providing Starlink kits to Ukraine shows that Musk was choosing his side in the war. Musk cheekily responded on Twitter, noting that SpaceX sent over Starlink terminals to Ukraine since the country needed help.