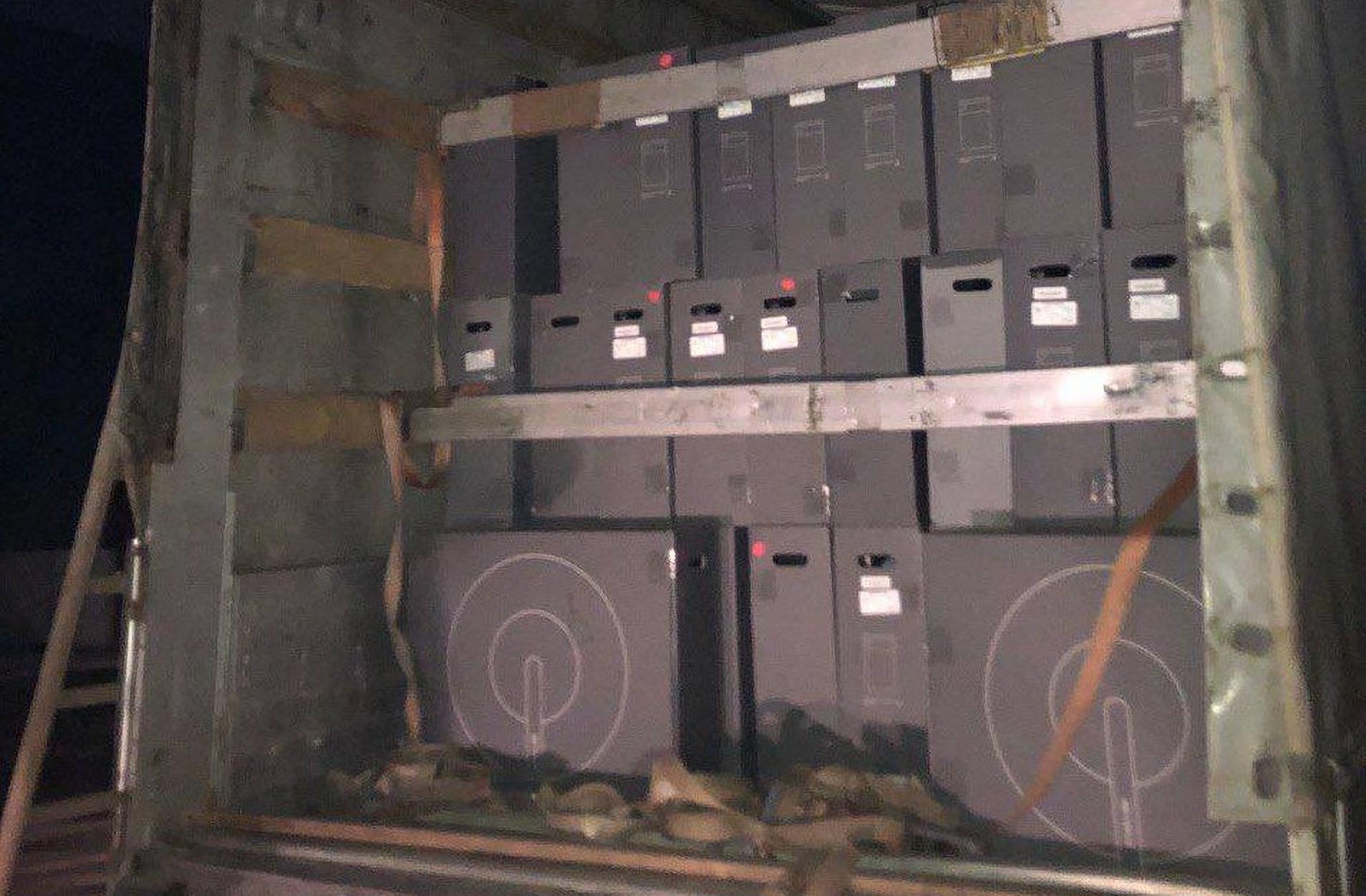 SpaceX delivers truckload of Starlink dishes to Ukraine, as promised

A truckload of Starlink dishes has arrived in Ukraine. (Mykhailo Fedorov)

The Vice Prime Minister of Ukraine reports that a substantial truckload of Starlink dishes has arrived in the besieged country, fulfilling SpaceX CEO Elon Musk’s promise about 48 hours after his first exchange.

There are already reports from Ukrainians that the satellite internet service is up and running in the country. Packed with at least 100-200 dishes, SpaceX’s delivery will thus hopefully ensure that thousands or even tens of thousands of Ukrainians will be able to stay connected to high-quality internet in the event that Russia’s invasion begins to a larger toll on the country’s connectivity infrastructure.

It’s not entirely clear how SpaceX’s Starlink internet constellation will reach Ukraine, a country with no known ground stations. To function, an active Starlink satellite must simultaneously have a direct line of sight to individual user terminals (dishes) and a larger ground station. Communications from individual dishes travel up to a nearby Starlink satellite, which then routes those communications to a local ground station connected to the rest of the global internet. Due to a combination of physical limits and regulations designed to prevent interference, Starlink users must generally be within ~250 miles of a ground station to connect to use the service.

One such ground station located in central Poland might barely cover a sliver of Western Ukraine. Otherwise, the only explanation is that SpaceX is continuing a sort of unplanned field test that began with the island nation of Tonga and is attempting to connect Ukrainian Starlink users to distant ground stations using communications lasers installed on a new generation of satellites. Put simply, by using those “optical interlinks” to route communications in space, new Starlink V1.5 satellites can technically connect users anywhere on Earth – including war-torn regions where access to otherwise routine infrastructure is no longer safe or guaranteed.

The only challenge is that SpaceX only appears to have about 100 fully operational Starlink V1.5 satellites in orbit. More than 300 other V1.5 satellites are still slowly raising their orbits and could take weeks or months to reach operational altitudes. On top of the unproven nature of Starlink’s large-scale orbital laser network, it’s likely that the service will be intermittent, inconsistent, and far from reliable. Of course, when the alternative is nothing, any solution becomes a good option. It may also be the case that a series of ground stations in Poland, Lithuania, and Turkey collectively cover most of Ukraine, in which case the service will likely be excellent.

Regardless, Ukrainians will face two additional challenges with Starlink. First, the dishes require quite a lot of power to run. If internet infrastructure is suffering, it’s safe to assume that electricity distribution may also be in rough shape, meaning that users might have to get creative to use Starlink internet. Somewhat related to that challenge, there’s also a significant risk that Starlink dishes could become shiny bullseyes for antiradiation weapons if Russia were to start targeting communications. The country has done exactly that in past conflicts, which makes the use of any high-powered communications system inadvisable for anything more than short, intermittent use.

Regardless, Ukraine has shown extraordinary resolve in the face of a truly nightmarish situation and it’s safe to say that Starlink dishes will become another useful tool in the country’s arsenal as it continues to defend against a chaotic Russian invasion.

SpaceX delivers truckload of Starlink dishes to Ukraine, as promised