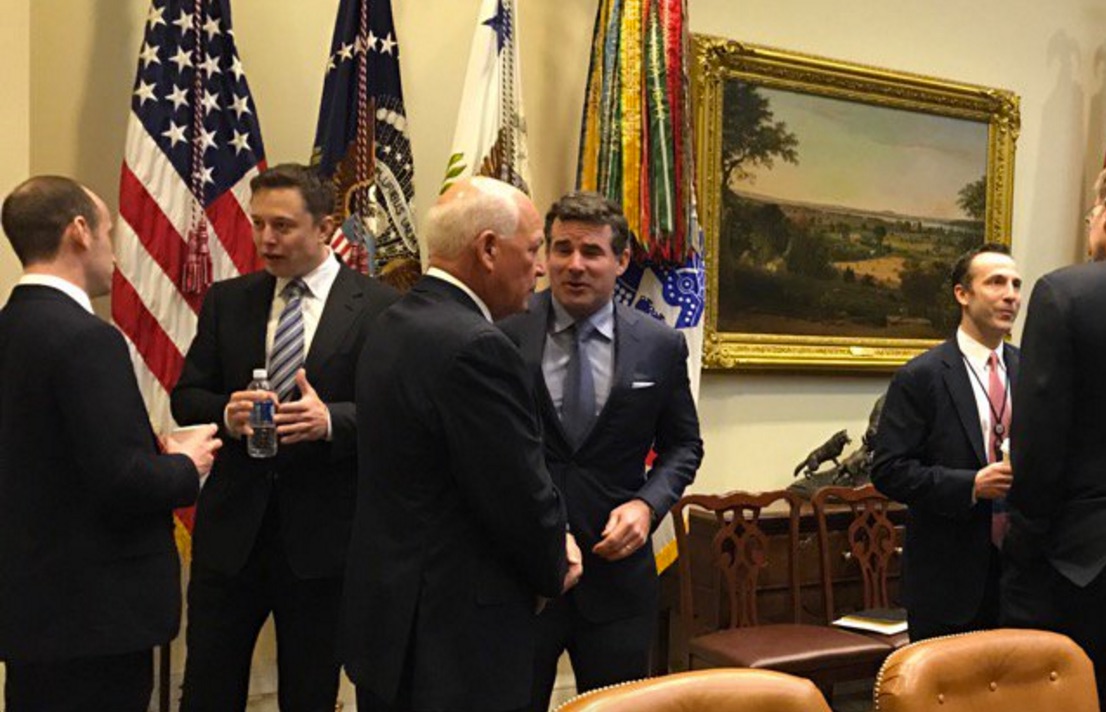 Tesla CEO and serial tech entrepreneur Elon Musk, along with executives from Lockheed Martin, Johnson & Johnson, Whirlpool and others, attended U.S. President Donald Trump’s meeting on manufacturing Monday morning at the White House. Trump along with his ten senior executives reiterated his stance on producing U.S. jobs by keeping manufacturing in America. Trump told the room of corporate leaders that companies looking to shift manufacturing outside of the U.S. would face a heavy border tax. Conversely, businesses looking to build factories in the United States would face little opposition and see quick approvals. Trump would go on to say that his administration could cut U.S. regulations by 75% or more to encourage American based manufacturing.

Reuters reporter Roberta Rampton shared a photo of Musk seen with other executives attending the meeting at the Roosevelt Room in the White House.

Musk, along with tech executives from Amazon, Google and Apple, met with Trump in December to discuss job creation in the United States. Musk is also an advisory and part of President Trump’s Strategic and Policy Forum, created to give the President perspective from the private sector and help inform his economic agenda, with a focus on job creation and productivity.

It doesn’t come as a surprise that the Tesla and SpaceX chief was part of today’s manufacturing meeting at the White House. Tesla’s massive Nevada-based Gigafactory facility is expected to employ thousands of skilled U.S. workers as it begins to ramp production on battery cells to be used in the company’s line of energy storage systems and electric vehicles. SpaceX continues to redefine the boundaries for commercial space flight as it innovates and builds rockets, and equipment used for space travel, from the company’s Hawthorne, California facility.