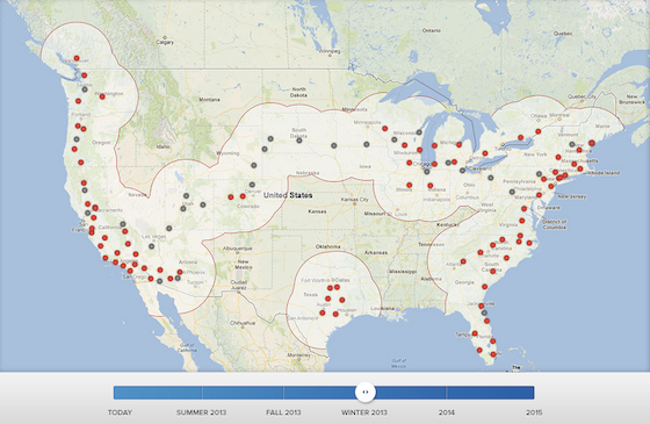 Elon Musk’s upcoming cross-country family road trip in a Model S will demonstrate the convenience and power of the Tesla Supercharge network.

When it comes to family road trips, the immediate thought that comes to mind is an arduous cross-country journey to the ill-themed “Walley World” theme park nestled somewhere in the boon docks of middle America. However unlike the Griswolds, the Musk family’s choice of transportation won’t be a gas guzzling and beat up station wagon with aging wood panel treatments and luggage haphazardly tied to the roof.  Rather, they will be traveling cross-country in 6 days from LA to NY in a Model S as a means to showcase the expansion of the Supercharger infrastructure.

Musk has long touted that the Supercharger network would provide freedom of travel and eliminate range anxiety.

“It is very important to address this issue of long-distance travel.  On well-traveled routes, there’ll be a supercharger probably every 80 to 100 miles”, Musk has said before, and it’s apparent that he will do just that as noted in his tweet from last night.

Once he’s proven that cross-country travel is possible in an electric vehicle, we won’t be able to resist asking the question on when trans-atlantic transportation would be possible through the Hyperloop.   Elon?