Led by rocket propulsion expert Jeff Thornburg, Stratolaunch – famous for owning the largest fixed-wing aircraft ever built – has completed the first hot-fire test of a full-scale rocket engine component known as the preburner, a major milestone in the development of any launch vehicle or propulsion system.

Despite the significant size and power of the component, destined to support an engine that will generate 200,000 pounds (~900 kN) of thrust, Thornburg and his team of engineers and technicians have managed to go from designing the preburner to successfully hot-firing a full-scale test article, an extraordinary achievement by any measure.

Aside from SpaceX, Blue Origin, and Aerojet-Rocketdyne, Stratolaunch is the only private entity developing – let alone testing full-scale parts for – a liquid-fueled rocket engine as large as PGA. Shorthand for the Stratolaunch’s late founder and bankroller Paul G. Allen, PGA is a fuel-rich staged combustion cycle engine that uses liquid hydrogen and oxygen (hydrolox) fuel and oxidizer, typically resulting in high efficiency. In terms of scale and thrust, PGA is very closely comparable to SpaceX’s Merlin 1D engine, which uses kerosene instead of hydrogen but produces roughly 190,000 lbf (850 kN) of thrust and stands 4 feet (1.2m) wide and ~10 feet (~3m) tall.

Another major difference between PGA and Merlin 1D is the fact Merlin 1D’s nozzle is largely optimized for sea level while PGA is being built for a rocket that will be “launched” from a massive plane flying around 35,000 feet (~10.5 km), ultimately resulting in a nozzle that is much wider and longer, featuring nearly the same proportions as fully vacuum-optimized engines like SpaceX’s MVac. By widening the nozzle relative to the rest of the engine, rocket engines are able to operate far more efficiently at higher altitudes, where Earth’s atmosphere thins and exerts less pressure on the escaping exhaust gases. This is visualized well by the visible expansion of rocket exhausts during launches, morphing from a straight cylinder to a massive teardrop-shaped plume. At lower altitudes (and thus higher atmospheric pressures), wider nozzles can produce extreme turbulence and will ultimately shake themselves to destruction, preventing their usage on ground-launched rocket boosters.

Judging from official renders of the engine, PGA’s in-atmosphere variant appears to utilize a form of regenerative nozzle cooling very similar to that used on M1D, where liquid propellant flows through thin capillaries sandwiched between two or more layers of metal to cool the nozzle much like cold water chills the skin of an uninsulated water bottle. 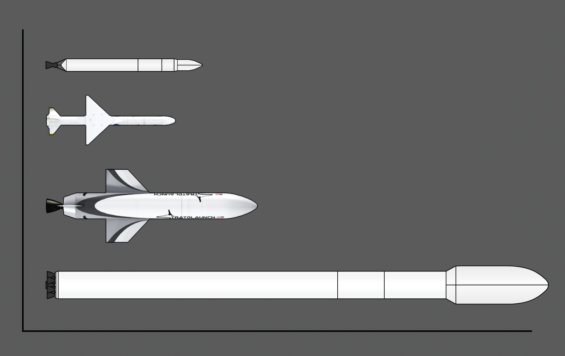 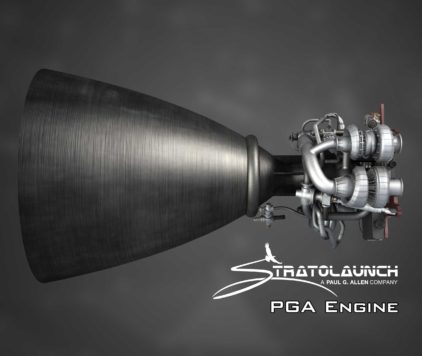 A render of Stratolaunch’s impressive PGA engine. Note the giant nozzle relative to the throat. (Stratolaunch)

In the case of staged combustion cycle hydrolox rocket engines, a small portion of liquid oxygen and all of the liquid hydrogen (hence “fuel-rich”) are mixed and combusted to generate hot gas that then spools up the engine’s primary turbopump(s), ultimately drawing fuel and oxidizer into the combustion quickly enough to ignite the engine and generate sustained thrust. The components that get those main turbopumps started are known collectively as the preburner, which is what Stratolaunch successfully tested – at full-scale – for the first time ever last week. For any liquid rocket engine that cannot solely rely on propellant tank pressure to deliver fuel to the combustion chamber, full-scale tests of preburners or gas-generators effectively mark the moment that engines truly become real.

“This is the first step in proving the performance and highly efficient design of the PGA engine. The hot-fire test is an incredible milestone for both the propulsion team and Stratolaunch.” – Jeff Thornburg, VP of Propulsion, Stratolaunch

Stratolaunch’s propulsion team will continue to test the preburner for longer durations and at higher power levels over the next several months, likely optimizing operations and tweaking or upgrading the preburner’s hardware as real tests produce valuable lessons-learned. Built entirely with additive manufacturing (3D printing), the team should be able to rapidly iterate on the physical design of the engine, a rarity in a field where traditional fabrication methods can take weeks or months to produce complex turbomachinery components with mercilessly strict tolerances.

According to Thornburg, the ultimate goal is to continue that additive-manufacturing-only strategy throughout the development of this rocket engine, theoretically enabling unprecedented design flexibility while also slashing production time throughout. PGA will ultimately power the creatively-named Medium Launch Vehicle (MLV), a small-ish air-launched rocket designed to place a respectable 3400 kg into low Earth orbit (LEO) as early as 2022, as well as a Heavy version of MLV and, potentially, a reusable spaceplane somewhere down the line. 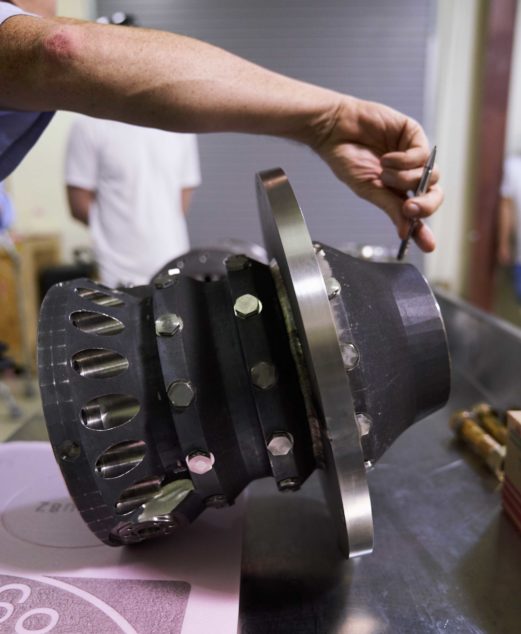 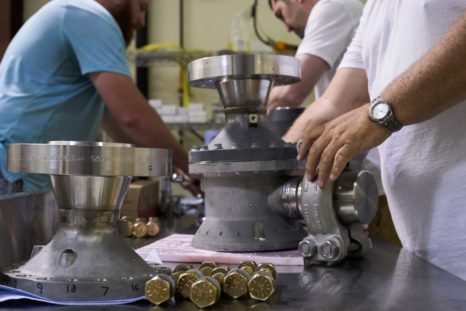 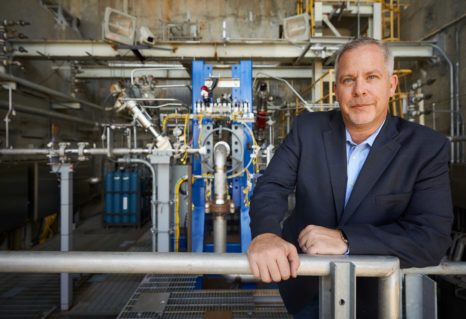 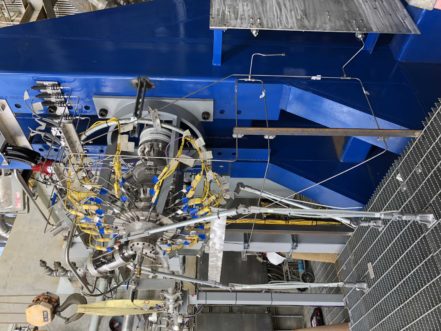 The PGA preburner seen after installation at Stennis. (Stratolaunch) 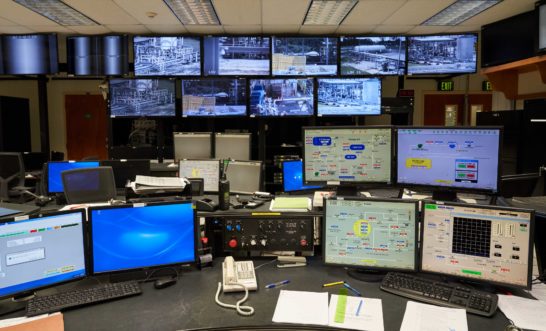 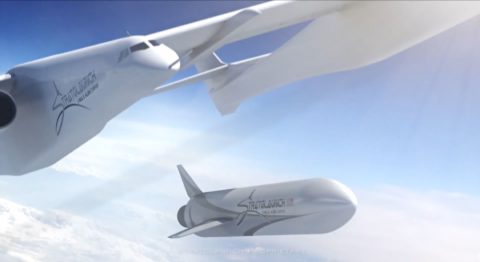 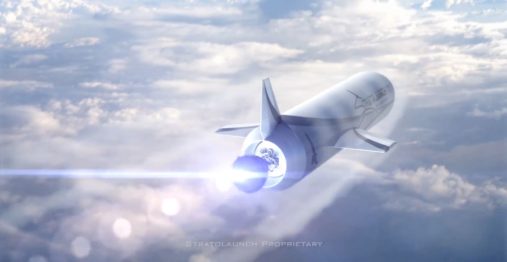