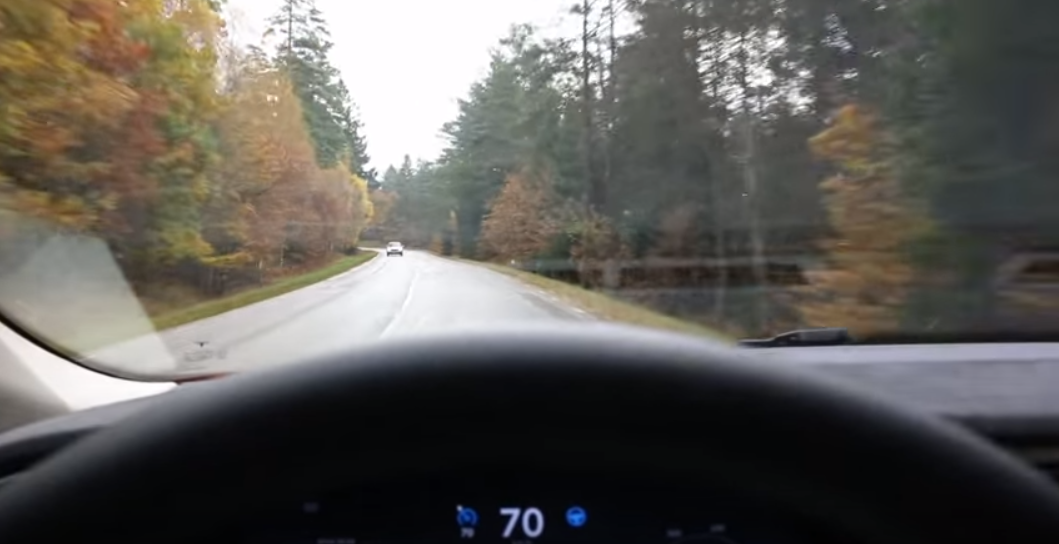 Bet_TSLA has made one of the first videos of a Model S driving in Europe with Autopilot engaged on the back roads, highways and city streets of Sweden.

The excitement of Tesla Autopilot has already made its way through much of Europe over the weekend. YouTube user Oedegaarde posts a great video of his Model S driving with Autopilot engaged through the back roads, highways and city streets of Sweden.

The first segment is on a leaf strewn wet country road with early morning sun glare to make things more interesting. The driver notices a little push back from the steering when the first bend in the road occurs, but not enough to cause concern. Like all first time semi-autonomous drivers, he was apprehensive when met with a sharper curve. But despite the hesitation, the car handled the curve beautifully without any correction from the driver. The only bobble comes when Oedegaarde takes a right bending curve at a slightly higher speed and catches the car move to the center line of the road but doesn’t actually crosst. All in all, the car handled the challenge appropriately and of course, the next time a driver encounters that same curve, Tesla Autopilot would have learned from the prior experience and adapt accordingly.

The journey continues through a small town, where Autopilot performs flawlessly to the stop and go traffic. Only when the car encounters a traffic circle does the driver feel it necessary to take over manual control. Then it is out onto the highway, where the automatic lane change feature worked flawlessly. One small difference between the North American and European spec software is that in Europe, the driver must have both hands on the wheel in order for the Autosteer lane change function to work. Also, the European dashboard always displays the outside temperature, where as the North American spec does not.

In the end, Oedegaarde sums up his Autopilot experience by saying there was absolutely no drama and no issues, which is exactly what Tesla’s software engineers want to hear.