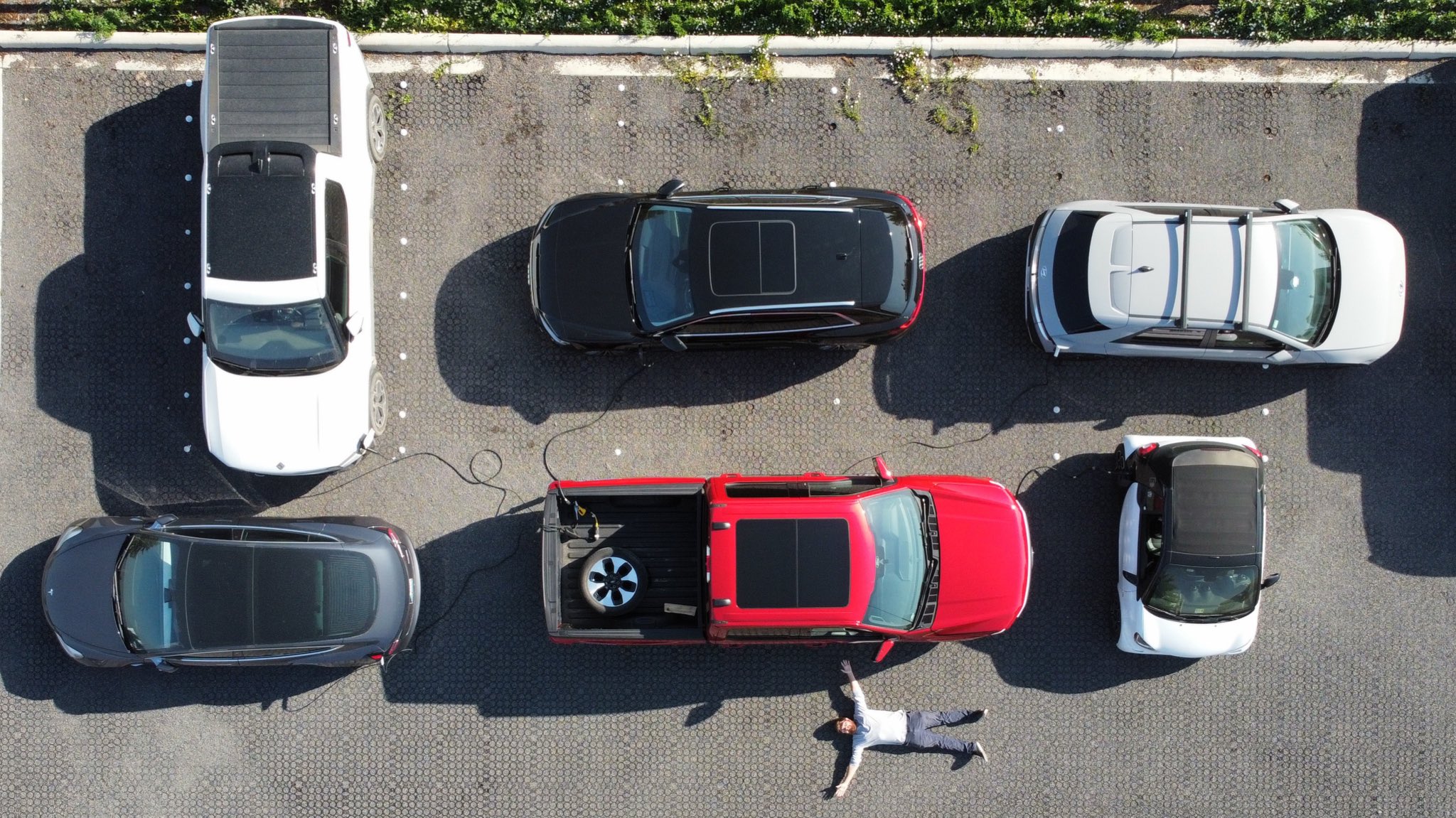 Credit: Out of Spec Studios/Twitter

Since the F-150 Lightning’s debut, Ford has made it a point to highlight the fact that the all-electric pickup truck could be used as a backup power supply during emergencies. Promotional materials on the vehicle showed the Lightning powering whole houses and job sites, thanks to the vehicle’s Pro Power Onboard feature.

The Ford F-150 Lightning comes with large battery packs that are worthy of the vehicle’s size. A Standard Range battery is 98 kWh, and an Extended Range pack is a hefty 131 kWh. That’s a lot of energy that can be used to power a variety of things, including other electric cars.

Ford is definitely on board with the idea of the Lightning being used as a backup battery charger for stranded EVs on the road. This was highlighted by the fact that Ford included a Tesla adapter with the vehicle, just in case owners of the all-electric pickup truck encounter a stranded Tesla. Ford CEO Jim Farley later noted that the adapter was not meant to throw shade at Tesla at all, as it was only meant to be helpful.

But if a recent video from YouTube’s Out of Spec Reviews is any indication, it appears that the Ford F-150 Lightning does have what it takes to charge other EVs in an emergency. To test the vehicle’s capabilities, the hosts of the YouTube channel decided to charge five other EVs using the Lightning’s Pro Power Onboard feature.

The vehicles that were involved in the test were no joke, as they included an Audi e-tron and a Rivian R1T, vehicles with pretty hefty batteries themselves. A Tesla Model 3 and a Hyundai IONIQ 5 were also included in the test. To give the Lightning an even bigger challenge, the Out of Spec Reviews team held the test overnight, so if the all-electric pickup were not up to the task, it would probably need to be towed by the morning.

Impressively, the Lightning survived the overnight stress test with power to spare. Granted, all five vehicles were not fast charging at all, but the fact that the all-electric pickup was able to complete the feat is an accomplishment on its own. If any, the YouTube channel’s stress test proved that in an emergency, the Ford F-150 Lightning and its Pro Power Onboard feature could really step up.

Watch Out of Spec Reviews’ stress test of the F-150 Lightning’s Pro Power Onboard feature in the video below.