Registration records coming out of Michigan showed that Ford Motor Company purchased a Tesla Model X on March 1 for $199,950 and $212,000 after tax and title fees. Bloomberg reports that the white Model X was a rare Founder Series vehicle originally belonging to Wayne Skiles who won it from Tesla’s referral program after referring 11 Model S sales.

Skiles tells Bloomberg, “I sold 11 Model Ss. So I got a Founders Model X and immediately flipped it for a profit, the car never came to California. I flew to Chicago, took physical delivery of the Model X, and immediately drove it to a dealer in Chicago and sold it.” According to registration documents, Ford purchased the vehicle from Corporate Auto of Auburn Hills, Michigan likely for the purpose of research and development. 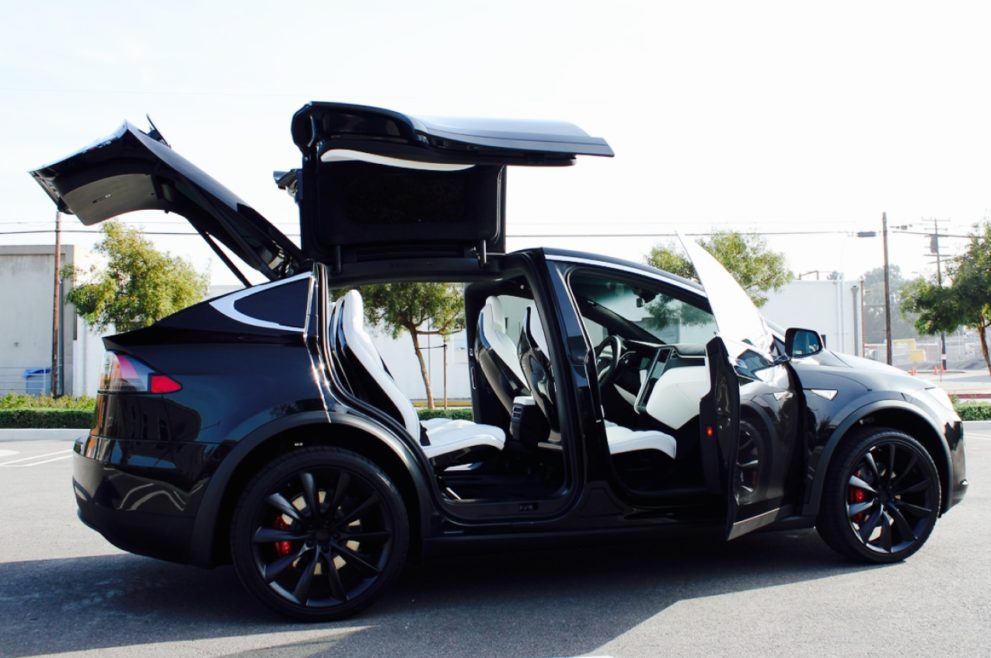 Purchasing vehicles from other automakers is not so out of the ordinary being it’s a sure way for engineers to benchmark quality and performance of their own products against that of the competition. Despite the $55k premium Ford paid for the Model X, it’s a small price to pay for engineering insight and potentially quicker time to market for items being developed in house and making its way to pre-production.

It’s unclear what Ford plans to do with the Model X. We know they’re planning to build an electric vehicle with a 100 mile range range capacity. As Steve Hanley reports, “That seems an odd position for Ford to take, Ford seems oblivious to Musk’s challenge. If the Model 3 with its timeless design, 215 miles of range, and interior that feels like a rocket ship sells for as little as $35,000, the Focus Electric will need to sell for about half of that in order to get noticed by potential buyers.”

Perhaps the Model X will serve as a test bed for the development of next generation battery powered Fords, or the Detroit automaker plans on producing their own variant of an electric SUV. I guess we’ll just have to wait and see.