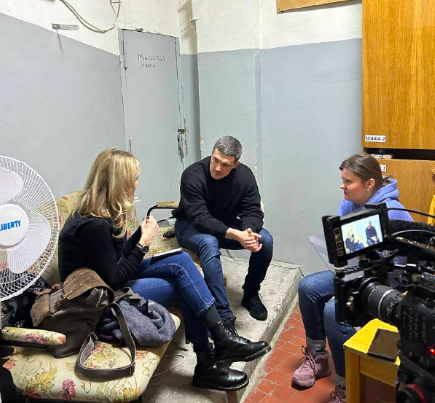 Germany plans to send Ukraine 10,000 Starlink satellite terminals next month, Minister of Digital Transformation Mykhailo Fedorov said on his official Telegram channel. The minister was recording an interview with German journalists, and he thanked the German people for the new batch of Starlink terminals. This is in addition to the 8,000 communication terminals that were recently sent from Poland earlier this month.

Since Russia invaded Ukraine in February 2022, Starlink’s high-speed low, latency satellite-based internet services have been playing a critical communications role for Ukraine. SpaceX and Tesla CEO Elon Musk has also given his support to Ukraine on many occasions.

Elon Musk received a lot of criticism when he asked the Pentagon to help fund Ukraine’s Starlink internet service. He explained on Twitter that SpaceX couldn’t fun Ukraine indefinitely, especially since that Starlink is still far from profitable. However, the CEO had a change of heart. He noted that although Starlink was still losing money and that other companies were receiving billions of taxpayer dollars, SpaceX would continue to help Ukraine.

The hell with it … even though Starlink is still losing money & other companies are getting billions of taxpayer $, we’ll just keep funding Ukraine govt for free

Several supporters of SpaceX and Tesla encouraged Elon Musk to set up a donation option for those wanting to donate a terminal and services to areas in need, such as Ukraine. In November 2022, SpaceX implemented those ideas and launched a donation page for Starlink.

In December, Fedorov noted that the SpaceX CEO assured him of his continued support for Ukraine. He added that the nation would receive over 10,000 antennas to help counter Russian air attacks.

During a media briefing earlier this month, Head of State Service for Special Communications and Information Protection Yurii Shchyhol said that Elon Musk has sent over 25,000 Starlink satellites to the war-torn nation and is now the second with the most number of Starlinks after the U.S.

The newest batch of terminals to be donated to Ukraine by Germany will be received next month, Fedorov said on his Telegram channel.