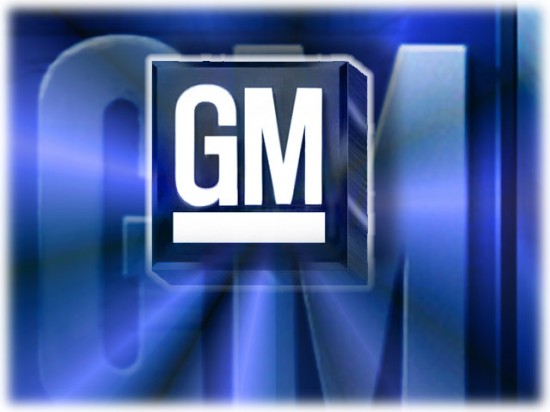 Opinion: GM’s $1B EV investment in Mexico is not what America needs

General Motors ‘(GM) decision to invest $1 billion for EVs in Mexico instead of the United States is not the “EV leadership” that America needs. President Biden heaped a lot of syrupy sweet praise on the automaker for “electrifying the automotive industry” although we all know it was Tesla and not GM.

The president also hyped up GM for creating only 4,000 American jobs (Tesla created over 100,000 jobs) and investing $7 billion.

According to the article, GM will build the 2024 Chevrolet Blazer EV at a plant in Ramos Arizpe and that it will be ready to be sold in Mexico by the end of 2023.

The Detroit News reported that United Auto Workers Vice President, Terry Dittes, who is head of the union’s GM Department said that this was a slap in the face to UAW and the U.S. taxpayers.

“At a time when General Motors is asking for a significant investment by the U.S. government in subsidizing electric vehicles, this is a slap in the face for not only UAW members and their families but also for U.S. taxpayers and the American workforce.”

“General Motors automobiles made in Mexico are sold in the United States and should be made right here, employing American workers,” he added. “That is why our nation is investing in these companies. Taxpayer money should not go to companies that utilize labor outside the U.S. while benefiting from American government subsidies. This is not the America any of us signed on for. Frankly, it is unseemly.”

GM Made A Mockery Of President Biden

Last year and earlier this year, President Biden made a point to ignore Tesla’s contributions to the EV space in favor of GM.

During the State of the Union address, President Biden praised GM for investing $7 billion into EVs and for creating 4,000 new jobs in Michigan. What he didn’t mention were the over 100,000 jobs that Tesla created for Americans. He also didn’t acknowledge Tesla’s $10 billion investment in EVs either.

In fact, it took a viral petition that my friend, Gail Alfar, and I started to encourage President Biden to acknowledge Tesla’s leadership in the EV space.

“In the auto industry, Detroit is leading the world in electric vehicles. You know how critical it is? Mary, I remember talking to you way back in January about the need for America to lead in electric vehicles. I can remember your dramatic announcement that by 2035, GM would be 100% electric. You changed the whole story, Mary. You did, Mary. You electrified the entire automotive industry. I’m serious. You led, and it matters.”

The idea that GM is the EV leader and is providing the most jobs in America for EVs is laughable. yet this thought was pushed by the Biden administration while trying to suppress Tesla and its actual leadership of the industry.

This hurts Tesla’s American employees. And it makes our president look foolish. Especially now that GM is going to build its newest EV in Mexico. Although $1 billion isn’t as much as the $7 billion investment, it is still investing money for EVs in Mexico and not the U.S.

In her statement to The Detroit News, U.S. Representative Debbie Dingel emphasized that EVs must be built in the U.S. and that not one American dollar should support American jobs being shipped off to Mexico.

“Electric vehicles must be built here in America by the finest workforce in the world — the American workers. Not one American dollar should support our own jobs being shipped off to Mexico — especially when we have the workers and the technology to manufacture electric vehicles ourselves.”

“General Motors needs to reaffirm their commitment to working families now. I am focused on ensuring auto innovation and manufacturing stays in the hands of hard-working American people.”

Tesla Is The Most American-Made Vehicle

GM, in my opinion, is only making EVs because Tesla has proven that not only is it possible to mass produce them but that people want EVs. If this wasn’t the case, GM wouldn’t have crushed all of its EV1 vehicles.

If GM truly believed in EVs, there wouldn’t have been a need for Tesla to be founded. In addition to that, GM and these other automakers seem to only want to “beat Tesla.”

Tesla’s mission is completely different. Tesla is focused on accelerating the transition to sustainability.

Teslas are the most made-in-USA vehicles

I admit, I tweeted the above before coffee and forgot about it until Elon Musk replied to it. The point I was making was this: it’s not fair to Americans that GM is investing even one cent into Mexico especially since the U.S. President has been hyping it up as the job creator for the EV industry.

We all know Mexico has cheaper labor. And no offense to anyone in Mexico, but if you’re going to market yourself as an American company producing American-made EVs, then your EVs need to be American-made.

Elon Musk is right. Tesla is the most American-made vehicle. You can read more about that award here.

Opinion: GM’s $1B EV investment in Mexico is not what America needs