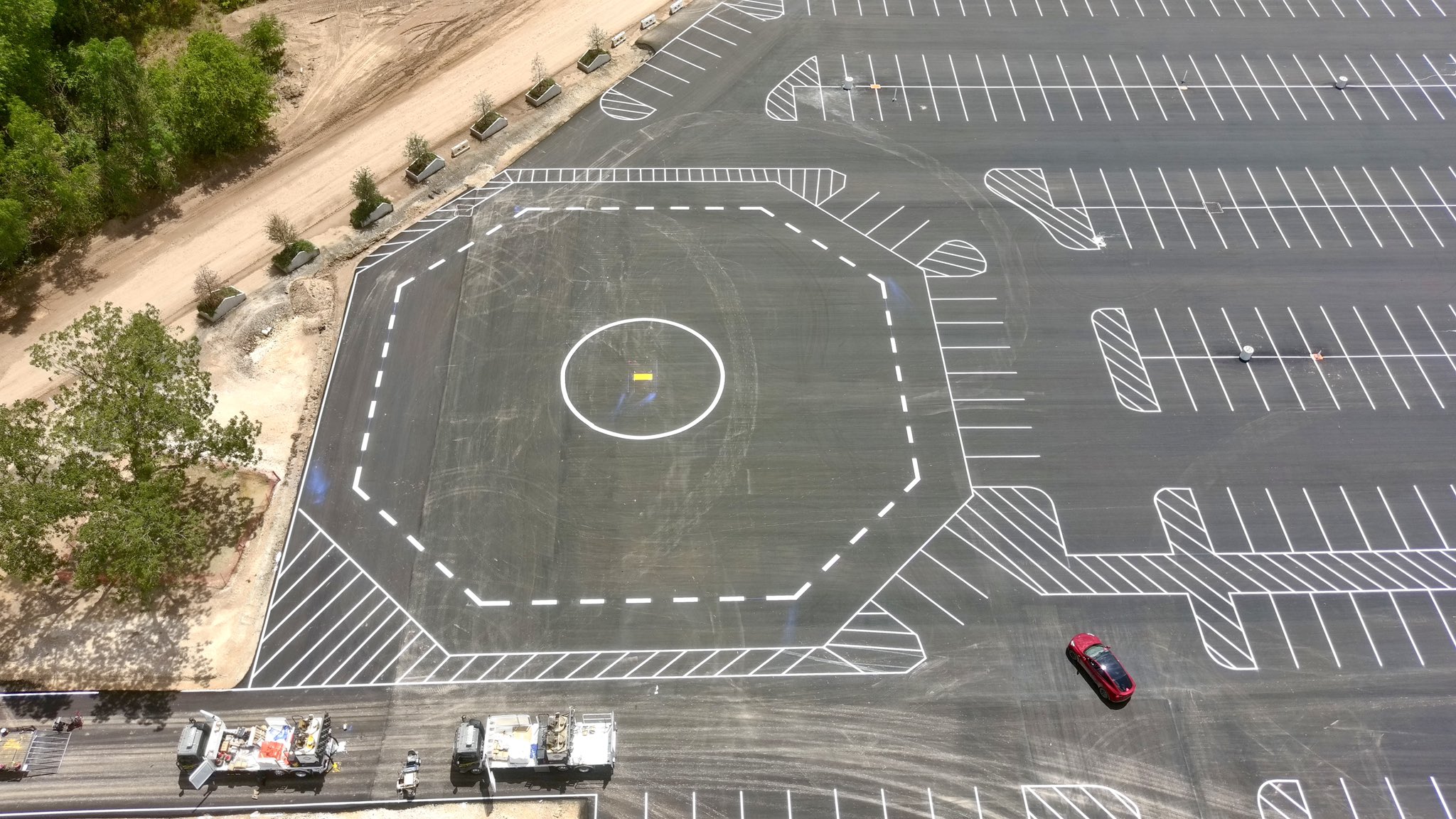 Is that a helipad we see at Tesla Giga Texas?

During his latest drone flyover of Giga Texas, Jeff Roberts spotted what looks to be a new helipad in an area of the parking lot that is near several Cybertruck-themed planters. Jeff shared the photo along with three others noting that there is a lot happening a Giga Texas and highlighted the white Model Ys in the parking lot.

Can we paint that like a SpaceX drone ship rocket landing bullseye please, thx.

Although the Model Ys is certainly something to talk about, many of the comments to Jeff’s tweets speculated that the first image was either a helipad or a SpaceX rocket landing pad. Although I seriously doubt it’s the latter, @Tonymartie’s idea in the tweet above is pretty cool.

In response to a question about this being a helipad, Jeff said that he was thinking it was and that the drone operators would have to start flying carefully around that area and keep their heads up.

Earlier this month, there were rumors going around that Elon Musk was building his own private airport on a 73-acre plot of land owned by The Boring Company in Bastrop, Texas. Those rumors were squashed by Elon Musk when he confirmed that the reports were not true.

“Tesla is 5 mins from Austin International airport. Would be silly to build another private airport, however, the existing commercial airport needs another runway, as Austin is growing fast!” Elon Musk said on Twitter.

Not true. Tesla is 5 mins from Austin International airport. Would be silly to build another private airport, however the existing commercial airport needs another runway, as Austin is growing fast!

Elon Musk has had several high-profile guests at Giga Texas. U.S. Labor Secretary Marty Walsh visited Elon Musk at Giga Texas where he was given a tour. In April 2022, Elon Musk met with a delegation from Indonesia at Gigafactory Texas. It would make sense for Tesla to provide a helipad for various reasons including visiting guests who could be politicians and officials as well as Elon Musk himself.

Is that a helipad we see at Tesla Giga Texas?