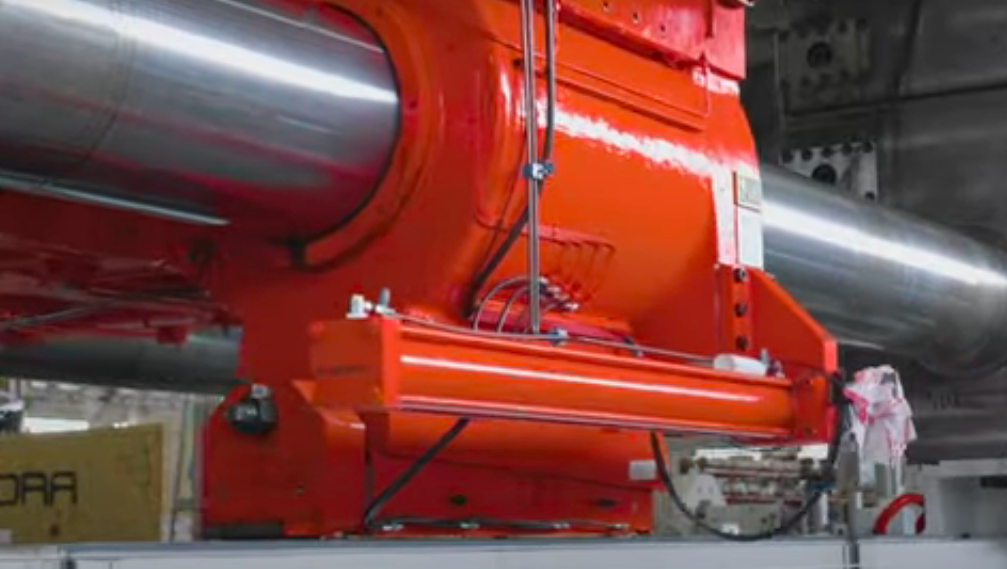 IDRA Group announced that it has finished building and testing the 9,000-ton Giga Press that will be used to build Tesla’s Cybertruck. In May, IDRA shared a video detailing the assembly of the massive machine.

The company said that it is the first to build these large machines designed for the markets such as the automotive industry. It also produces the largest machines in the world and the newest one will be used by Tesla for the production of the Cybertruck.

The 9,000-ton IDRA Gigapress for Cybertruck apparently arrived in Houston Texas 8 days ago.

Should be seeing it arrive at Giga Texas shortly @JoeTegtmeyer @peterdog15

Alex Tourville on Twitter noted that Tesla is already expecting the machine to arrive at Giga Texas. The machine left Italy in September and arrived in Houston, Texas on September 28. In total, there are 54 pieces weighing 77,526 kg, Alex noted.

IDRA said that it was the first to receive production orders for 9,000-ton machines that can be used for small truck and SUV markets. It noted that when it began these projects, it seemed impossible at the time but IDRA is now able to provide Giga Presses with “fairly standard delivery times.”

“Producing more die-casting machines in order to make more vehicles, exploiting IDRA know-how to provide the market with the right product at the right time, therefore endeavoring to make our presses increasingly smart We strive to provide the user with the possibility to respond to an increasingly competitive and technological product requirement,” IDRA wrote in the YouTube video description.

You can watch IDRA’s video showing the testing of the newly built Giga Press below.

In September, IDRA shared a photo of its new Tesla Model Y noting that it was time for a change. The Model Y was built using IDRA’s products. The Giga Press staps out half of the Model Y’s frame which allows Tesla to design the chassis from only two pieces instead of many.